To protect kids from adult tyranny

Kid Hero, Sister of the Villainess, Amazon
Abigail Lincoln a.k.a. Numbuh 5 is the deuteragonist of Codename: Kids Next Door. She is an African American Kids Next Door Operative in Sector V. She became a KND operative three years before the show started as shown in Operation: M.A.U.R.I.C.E.. She was trained by her older sister, Cree (Numbuh 11), and joined her sister, Numbuhs 8a and 8b, and Numbuh 9 in Sector V.

After Cree traitorously left the KND, Numbuh 5 became the leader of Sector V, until she allowed Numbuh 1 to take over after she found and hacked his grades for his KND Entrance Exam. She is the oldest member of Sector V.

Numbuh 5 is described as the intelligent, laid-back, witty, quick-thinking, cool, calm, crafty, clever, responsible, book wise, and streetwise agent of Sector V and the only one with true common sense. Like Nigel, she is the one of only members of her team that takes her missions seriously. To go along with her cool personality, she refers to herself as "Numbuh 5" in third person, saying "Numbuh 5" rather than "I" most of the time. Not only is she the smartest of her team, but one of the smartest students at Gallagher Elementary School, where she is a honor student.

Unlike her teammate Numbuh 3, Numbuh 5 is very tomboyish, not having much of any actual interest in anything girly, such as Rainbow Monkeys and is often seen in tuxedos rather than dresses. (Although in Operation: L.I.Z.Z.I.E. Numbuh 4 complains about her "stupid girl magazines.") However, like Numbuh 3, she is considered rather attractive as shown in Operation: R.O.B.B.E.R.S., when a member of the Six-Gum Gang tries to flirt with her, but fails since Numbuh 5 has little interest in boys. However, in Operation: M.A.U.R.I.C.E., she is shown to have a crush on Numbuh 9 ever since she was younger and was the only one to have knowledge that Numbuh 9 wasn't decommissioned.

Like her teammates, Numbuh 5 distrusts teenagers and adults, having a fierce rivalry with her sister, Cree Lincoln, who taught her most of her skills. In Operation: M.A.U.R.I.C.E., she expressed her anger of becoming a teenager to a point where she yelled at Numbuh 3 when she questions her about her birthday. After Maurice (Numbuh 9) informs her that she may be able to join him in the Teen Operative group of the KND after her 13th birthday, her anger subsided and she was reassured.

In Operation: D.I.A.P.E.R., Numbuh 5 has a motherly side to her and acts like a big sister figure to most of her teammates throughout the show. It was revealed in the same episode that Numbuh 5 has a brilliant singing voice and in Operation: M.A.C.A.R.R.O.N.I., she is also very artistic. Also, she seems to know the most about Numbuh 4's crush on Numbuh 3, as she teases him about it along with Numbuh 2.

Numbuh 5's passion in life is candy and ice cream. She is shown to be a candy hunter with sharp candy instincts and knowledge as shown in Operation: F.L.A.V.O.R., Operation: J.E.W.E.L.S., and Operation: C.A.R.A.M.E.L.. When not on KND missions, Numbuh 5 will go on a candy adventure by herself, much to Numbuh 1's annoyance, who feels that her candy adventures collide with her KND duties. Her two best known rivals are Stickybeard and Henrietta Von Marzipan, her long time friend. 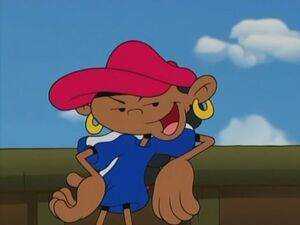 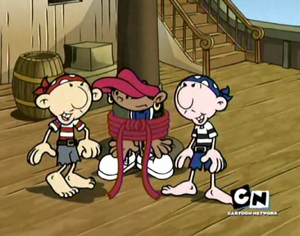 Abigail kidnapped by Stickybeard and his henchmen 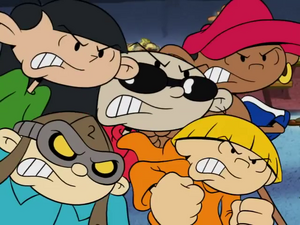 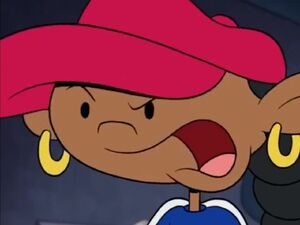 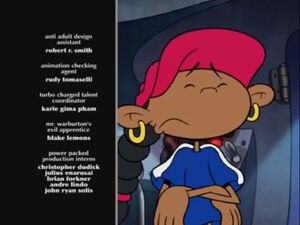 Retrieved from "https://hero.fandom.com/wiki/Abigail_Lincoln?oldid=1572634"
Community content is available under CC-BY-SA unless otherwise noted.