Abigail Walker, also known as her nickname Fetch, is one of the three protagonists, along with Delsin Rowe and Eugene Sims, in the game InFamous: Second Son, and becomes the main playable protagonist in InFamous: First Light.

She's a conduit labeled a bio terrorist who was into drugs, then killed her beloved brother in a rage, and after that went on a mission to kill drug dealers, but as eventually found and saved by Delsin. This version of the character only exists if the player plays the game with the good route. Should the player play the game with the evil route, then she'll be a villain. She, along with her comrades Delsin Rowe, Reggie Rowe, and Eugene Sims, works to dismantle the control and influence of the Department of Unified Protection (DUP).

Abigail is rather distinctive in her looks, making her easily recognizable. Her dark pink hair, ring piercing and black earrings all serve to establish her rebellious image. She wears a white shirt with a pink skull wearing shades and putting a finger to its lips, covered by a worn green coat with pink patterns on the back and sides, with the sleeves slightly tucked up, along with a wristband. She wears dark red shorts over black ripped tight leggings and dark lavender pink boots. 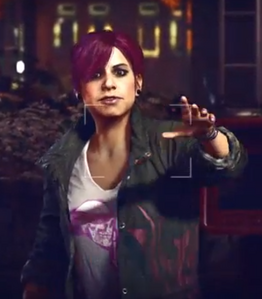 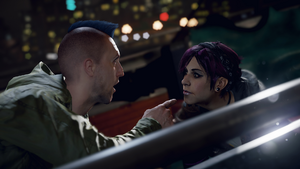 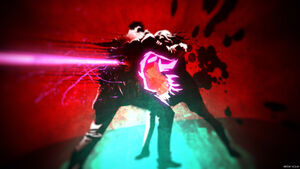 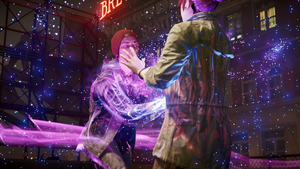 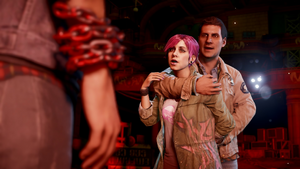 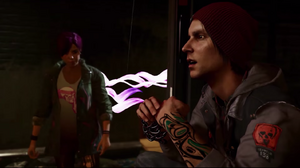 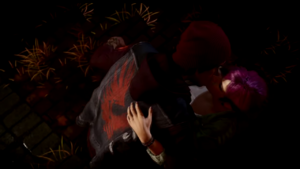 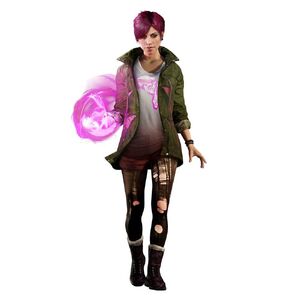 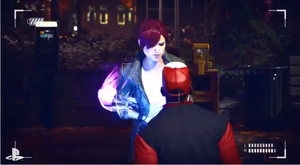 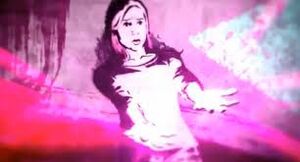 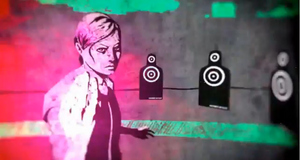 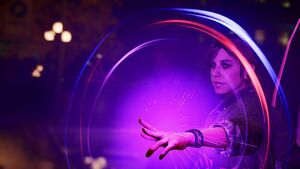 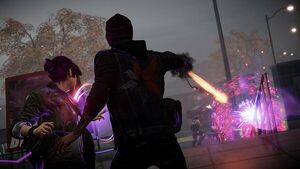 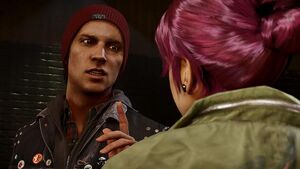 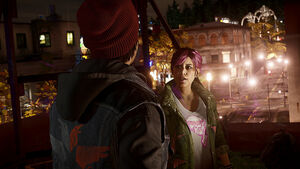 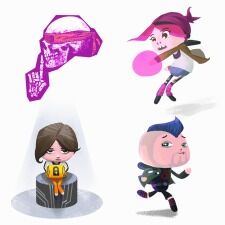 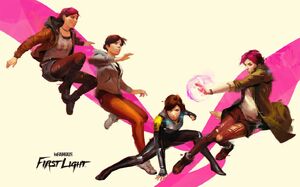 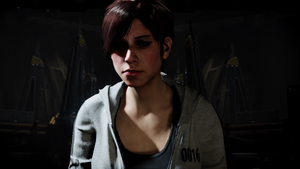 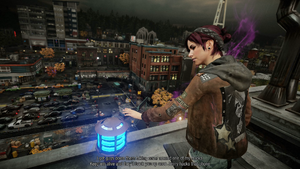 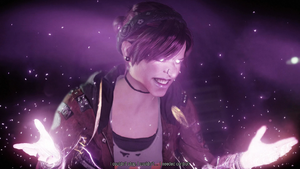 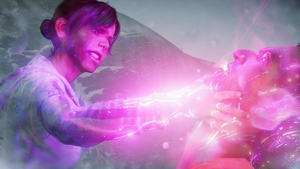 Retrieved from "https://hero.fandom.com/wiki/Abigail_Walker?oldid=2192147"
Community content is available under CC-BY-SA unless otherwise noted.