Images of Abraham Simpson from The Simpsons. 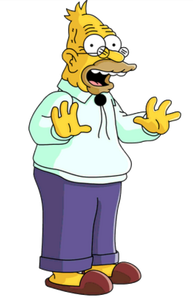 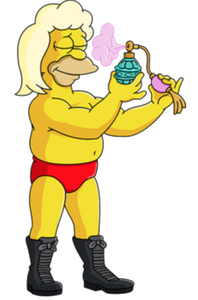 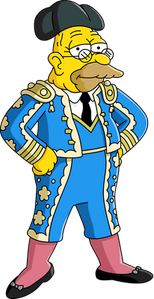 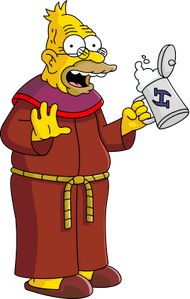 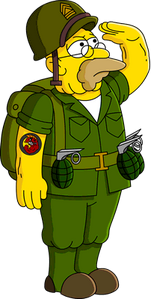 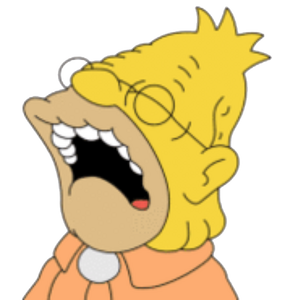 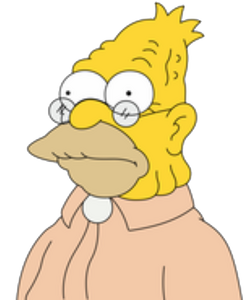 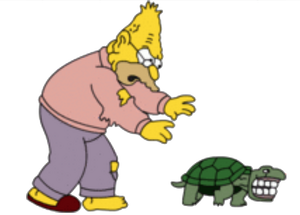 Abe Simpson chasing a turtle who got his dentures. 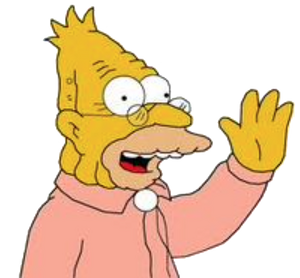 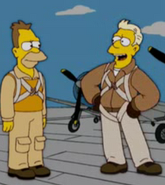 Abe and his brother Cyrus 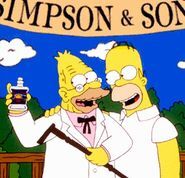 Abe with his son Homer

Abe with his friends 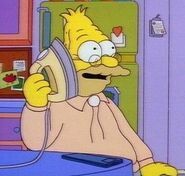 Abe mistakes an iron with phone

Abe and his family 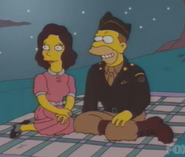 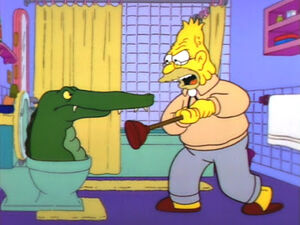 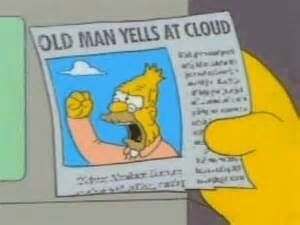 Abe as a Sprawl-Mart greeter 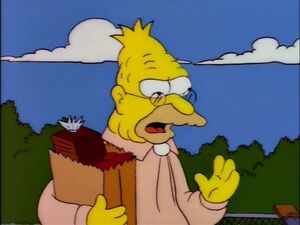 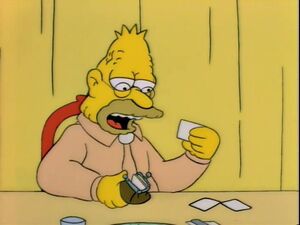 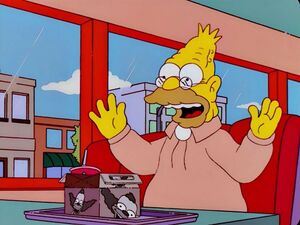 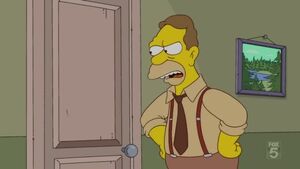 Abe fight Mr. Burns for the fates of the Flying Hellfish. 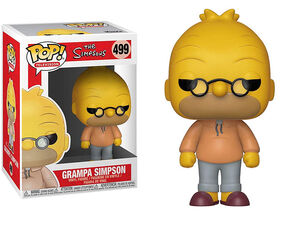 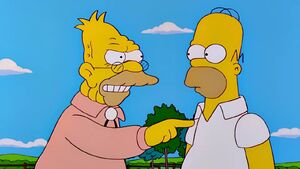 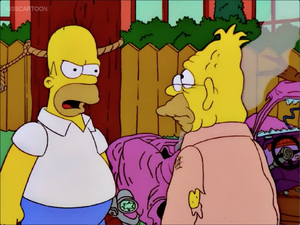 Homer yelling at his father, Abe Simpson that he is no longer driving again. 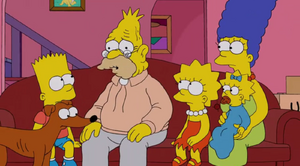 Grandpa Abe Simpson's hysterical church rant that would foreshadow Springfield being domed, because of Springfield's disrespect of the environment, mainly their lake. 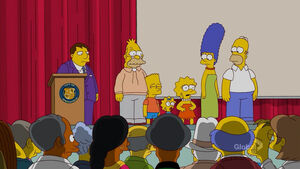 The Simpson family are declared to be banished from Springfield. Such as Homer's drunkeness and laziness, Bart Simpson's pranks in school, in church or everywhere in Springfield, Lisa Simpson's environmental pleas which is starting to annoy all the townsfolk, Maggie Simpson shooting Mr. C Montgomery Burns years ago or Marge Simpson's whatever she did to annoy Springfield. 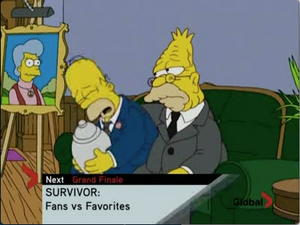 Homer and Abraham Simpson mourning over Mona Simpson who died of old age. 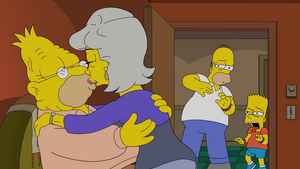 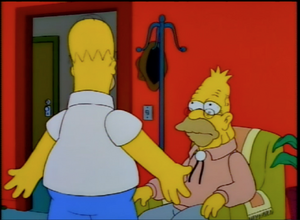 Homer Simpson is going spend some quality time with his father, Abe Simpson. 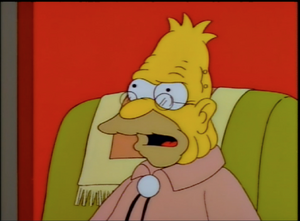 Bologna! You came here to put me in a home, aren't ya' Homer? 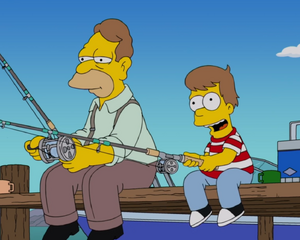 Young Homer Simpson fishing with his father, Abe Simpson during his childhood.
Add a photo to this gallery
Retrieved from "https://hero.fandom.com/wiki/Abraham_Simpson/Gallery?oldid=2121489"
Community content is available under CC-BY-SA unless otherwise noted.