Messing with his brothers and sister

Keep their bionic identity a secret. (formerly)
Protect the world from villains and other threats.

He was portrayed by Spencer Boldman.

He is a very dimwitted guy who almost never thinks anything through. He has very low intelligence, which is different from his strength as he is brawn rather than brains, which is also the opposite if compared to his younger brother, Chase. He takes a lot of things that people tell him in a literal context and does not get the metaphor or allusion behind what people tell him, and sometimes he understands things immediately, but at the wrong time. His stupidity annoys a lot of people including Leo, Bree, and Chase. He also is easily angered, which often triggers glitches. However, he is a very caring, lovable, fun-loving, goofy and comical guy.

He is very friendly, kind, and is shown to care for others. In addition, despite him not being very intelligent, he is shown at times to be brighter than others give him credit for, such as in the episode Leo vs Evil, in which he resolved the problem caused by the teleporter with a solution no one else had thought of. Because of this, Adam thinks very simple which is sometimes the key of solving the conflicts the team faces. In Smart and Smarter, he helped Chase win the election for student of the semester, but Chase didn't recognize his efforts, which then lead him to run against him. He thinks like a little kid, but knows what people want. He also has a somewhat impish sense of humor, and despite his lack of intelligence can be quite snarky at times. He can never understand sarcasm, as in Leo's Jam, when their plan to get Danielle as Leo's date backfires, Leo says, "Great plan, Chase," and Adam answers, "What are you talking about? That didn't go at all like we hoped." He also has a big appetite, which he calls as his Incredible Edibles. Even though he's not very bright, he knows how to be fair, such as in Death Spiral Smackdown, where Leo teamed up with him so he can use his bionics to win, however, he told Leo that it is not fair and that it is wrong to use bionics in a competition.

Throughout the series, Adam has shown a love for many different types of farm animals. He would like a pet pig, and he also brought in a horse, then later a llama. He also claims that will always brake for cows.

Although normally harmless, Adam does possess a destructive temper, and if pushed to his limits, he can be quite dangerous. He has an interesting relationship with his siblings, as he commonly demonstrates a casual disrespect for his younger brother, Chase, and has no problems throwing him through the air or reminding him how casually he can overpower him. However, he genuinely cares for him, and dives into action if Chase is ever hurt or threatened. As Leo's step-brother, he is very kind to him and plays with him a lot. Just like his biological siblings, he cares about Leo and will stand up for him as often as possible. He also normally annoys Bree, but seems to have a better relationship with her; he quit the cheerleading squad when he caught the other cheerleaders making fun of her. If he sees Bree or Chase being bullied by the other kids at school, Adam will stand up for them. As such, in the episode, Taken, when Krane shoots a fireball at Bree, Adam gets really angry and pushes him under the lab and starts to punch and beat Krane up with his super strength. He also does his best to protect them; for example, in Parallel Universe, upon being told Donald's new device could gravely injure them, Adam quickly pushed both Bree and Chase behind him.

Adam isn't the brightest of them all, but he does have his moments when he is shown to have good ideas.

Adam still teases Chase and Leo about their height. Adam takes more care about of his family, and becomes more responsible. He also gets smarter, to where Chase called him a genius. He got his first hidden ability in Bionic Showdown. In season 2 Parallel Universe, Adam is a part of the Henderson family. Instead of being bionic and strong he is a nerd, the opposite of him in the right universe.

In Season 3, Adam is very protective of his family. He got his second hidden ability in Sink or Swim, and his third in Brother Battle.

Adam, along with Chase and Bree, continue to be mentors at the Davenport Bionic Academy. They also continue to battle new, and old, enemies. They also find out that they have another brother, Daniel. At the end of season 4, Adam chooses to stay at the academy with Leo.

Adam is the oldest and most powerful of the team, with superhuman strength which makes him one of the strongest men on the planet. Adam may not be the brightest of the team, but he makes up for it with his great strength. He also has laser vision that can produce focused, yet intense, heat beams. When he gets too happy, he can glitch, causing him to create pulse grenades. His first hidden ability is revealed in "Bionic Showdown", where he generates a powerful force blast of electricity called a blast wave in order to save Leo from Marcus. 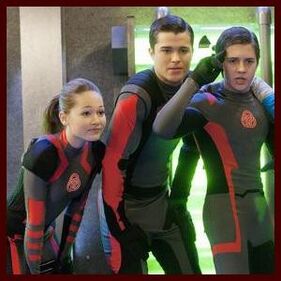 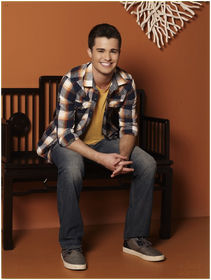 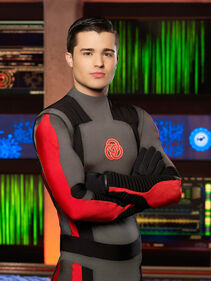 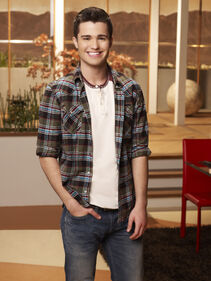 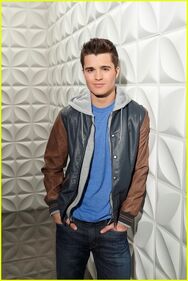 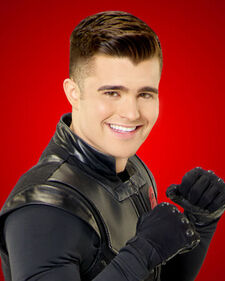 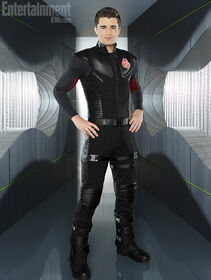 Retrieved from "https://hero.fandom.com/wiki/Adam_Davenport?oldid=1952869"
Community content is available under CC-BY-SA unless otherwise noted.