Heroes Wiki
Register
Don't have an account?
Sign In
Advertisement
in: The King of Fighters Heroes, Male, Honorable,
and 76 more

A comprehensive combat technique that masters all combat arts

To protect Sky Noah and his family.

Adelheid Bernstein (simply known as Adel) is a character in The King of Fighters franchise. He is the son of Rugal Bernstein and the brother of Rose Bernstein.

Adelheid Bernstein is a mighty warrior who is often helped his family to defend the world, his cruel sister Rose wants to give him own opportunities. Adelheid and Rose were long lived in an airship called "Sky Noah". In The King of Fighters 2003, he will challenge the soldiers there at the request of his sister. If the player winds up facing him as the final boss, the game will end negatively.

His story in The King of Fighters XI suggests that he is facing the Ikari Warriors and being defeated by them. He chatted peacefully with Heidern and explained that he is only followed his father's legacy. At the ending of his game, he seemed to regret his actions and accused his sister of insulting his opponent.

The console version of the The King of Fighters XIII reveals more of Adelheid's collaboration with Heidern (he calls him "Colonel Heidern") because he tries to help the forces suppress the power of the evil plans of Those from the Past.

When Rose was finally released, he assured his sister that he would punish those responsible for her conquest.

Adel is an honorable fighter, who exhibits good sportsmanship. He is also loves his sister, that upon realizing something is wrong with her, he cooperated with one of his father's victims, Heidern, to get to the bottom of the plans of Those From the Past, and at the then-strange behavior of his sister. 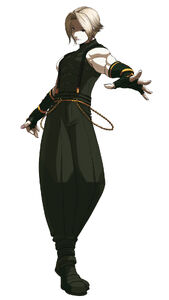 Adelheid in The King of Fighters 2003. 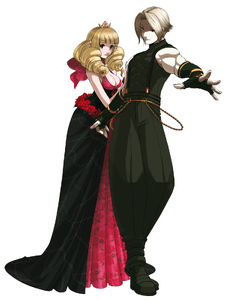 Adelheid in The King of Fighters XI. 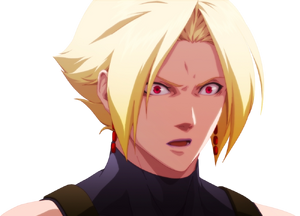 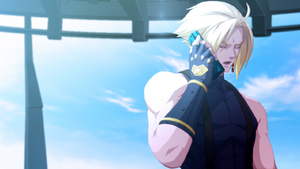 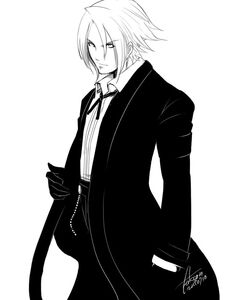