Trying to save the town to defeat the villains.

Adorabat is the female protagonist of the Cartoon Network Show Mao Mao Heroes of Pure Heart and one of the main protagonists alongside Mao Mao and Badgerclops.

She is a small blue bat with a yellow peg leg. In “No Shortcuts”, she wore robot armor and mega-peg. She has big yellow eyes and a yellow heart on her tummy.

She is cute and sweet like the rest of the townsfolk in Pure Heart Valley but unlike them, she is adventurous, cunning and brave. She admires Mao Mao and desires to be an action hero just like him. 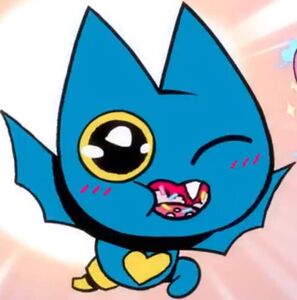 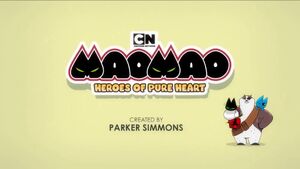 Retrieved from "https://hero.fandom.com/wiki/Adorabat?oldid=2223120"
Community content is available under CC-BY-SA unless otherwise noted.