Protecting his clients.
Completing his contracts.

Complete any contract assigned for him and to kill anyone whose threatening him or those he protect (All Succeeded).

Agent 47, or simply known as 47, is the anti-villainous protagonist of the Hitman video game series and its film adaptations.

He is voiced by David Bateson. In the 2007 film, he was portrayed by Timothy Olyphant (who also played Raylan Givens in Justified), while in Hitman: Agent 47, he is played by Rupert Friend.

Agent 47, like numerous others, was abducted and raised from birth to be a professional assassin. He is bald, wears a tuxedo and carries two chrome 1911 pistols with silencers. He is the most efficient and effective assassin of them all, he is a very well-trained and deadly killer who worked with the ICA. He is highly trained in martial arts, firearms, intelligence gathering, disguises and assassination techniques.

But he has disguise mastery, allowing him to hide in plain sight and wear different disguises and he has weapon improvisation, allowing him to use the environment as weapons to kill. he is very intelligent and agile due to his past he is the deadly assassin.

47 was created by Otto Wolfgang Ort-Meyer, as his 47th clone. He possesses a 47th chromosome which makes him genetically superior to and deadlier than a normal man.

Agent 47 is a tall, bald and muscular man with deep blue eyes, dark eyebrows, very pale skin and a tattoed barcode at the back of his head. His face is marked an inexpressive and blank countenance with a long face, large cheekbones and recessed forehead. He wears a black suit with a black blazer, white undershirt, red neck tie, formal, black suit pants, black leather gloves and formal, polished black shoes.

47 appears to adhere to religious faith and believes he can be redeemed because he only murders criminals and corrupt officials, and canonically avoids the deaths of innocents whenever possible when fulfilling a contract (though he's not above killing innocents in Blood money).

He also has a close relationship with Subject 6 (Lucas Grey) and Diana Burnwood. He also has a tender spot for animals. Despite being a highly trained and deadly killer, 47 is extremely devoted and dedicated to his work and complete his missions with professionalism and great efficiency.

47 is also incredibly honest, using exact terminology to subtly hint at his true intentions. He is also able to pick up any skills on a whim, not limited to being able to use any weapon or outfit, fly any vehicle, or thrive in any occupation his disguise requires. Despite his stoic nature, he has a special hatred for those who try to subject children to the experiments he was forced to undergo, with Warren Ashford, Marcus Green, Raymond Valentine, and Blake Dexter being so vile in his eyes that he can't even pretend to hide his revulsion with them.

As a professional hitman and the ICA's top elite assassin, 47 is known as one of the world’s best assassins. Lethally trained and efficiently to become a highly skilled and deadly killer. 47 was trained extensively and thoroughly in hand-to-hand combat, firearms, military hardware, intelligence gathering, disguises, use of classical tools of assassination like the infamous fiber wire and sniper rifle. He was trained to become a assassin for the ICA and developed a reputation for being the the agency’s most efficient and legendary assassin.

Agent 47 has shown preference for certain weapons throughout the games, first preferences ingrained into him by his training and then upgrading to more efficient equipment as needed. As the Agency's top assassin, Agent 47 also has access to their highly modular standard issue arsenal.

In the film Hitman (2007), 47 is not a clone but rather an abducted baby orphan trained to be a lethal assassin. He accepts a contract to kill the Russian president Mikhail Belicoff. He is set up by one of Belicoff's body doubles, who stages Belicoff having survived the incident and tries to kill 47. While on the run with Nika Boronina (the real Belicoff's mistress, a witness whom 47 becomes semi-romantic with much like Mei-Ling), he eventually kills the double and escapes arrest with the help of Agent Smith. The film is made and set in 2007. 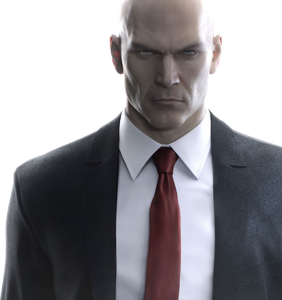 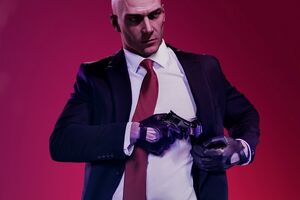 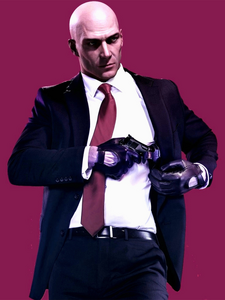 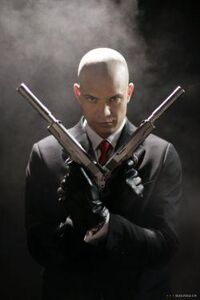 Timothy Olyphant in the 2007 film. 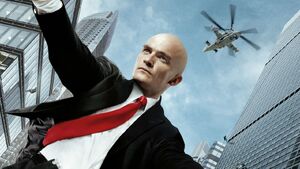 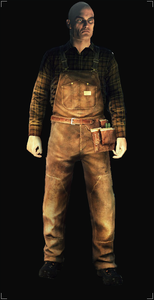 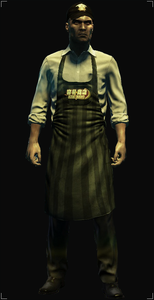 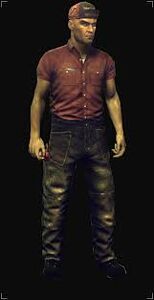 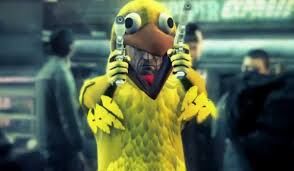 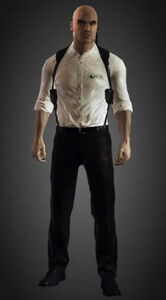 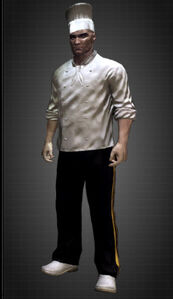