Eating Mem Cakes, participating in Turf Wars when they reach the surface.

Get into the "Promised Land".

Defeat Commander Tartar and save Inkopolis, and both the Inklings and Octarians from certain doom (succeeded).

Off the Hook
Agent 3
C.Q Cumber

Agent 8 is the main protagonist of the Splatoon 2 DLC pack, Splatoon 2: Octo Expansion. They are Octolings but with a more heroic trait, due to them rebelling against the Octarians after the events of the first Splatoon.

Agent 8 was originally an Octoling soldier, but had a change of heart when Calamari Inkantation was playing during the fight of Agent 3 and DJ Octavio. This made Agent 8 quit the Octarians, just like Marina. At Octo Valley, Agent 8 encountered Cap'n Cuttlefish and Agent 3. Agents 3 and 8 fought together, until they were attacked by "someone" and thus were knocked into the Deepsea Metro. Agent 8 lost their memories from the injuries they suffered during the fall through the ceiling and soon, Agent 8 became a test subject of the metro. According to Marina, Octolings that hear the song become disgusted with Octarian society and choose to strike out on their own.

After passing many tests, Agent 8 and Cuttlefish were greeted by Commander Tartar. Tartar then asks Agent 8 if they want to go to "the promised land". Agent 8 agrees, only to find out that it was a trap and all of a sudden, he/she and Cuttlefish are stuck in a blender and Tartar attempts to turn them into a smoothie. Marina tries to hack the blender, but fails.

Luckily, Agent 3, recovered, rescues Agent 8 and Cuttlefish. Agent 3 gets knocked out again, but Agent 8 and Cuttlefish thank Agent 3. Agent 8 then super jumps into the upper part of the Deepsea Metro. After going through the stations in the upper area, Agent 8 soon faces off a corrupted Agent 3-Inner Agent 3, a sanitized Agent 3. Agent 8 fights Agent 3 and after a long battle, Agent 3 is defeated and brought back to normal.

Agent 8, Agent 3 and Cap'n Cuttlefish are next seen leaving the Deepsea Metro. Pearl and Marina appear and offer the three a ride to Inkopolis. After Pearl and Cuttlefish are done rapping, a statue that bears a resemblance to the Statue of Liberty rises from the ocean. Commander Tartar appears, and reveals his plans to wipe out Inkopolis.

Following Marina's plans, Agent 8 goes to cover the statue up with ink. When the statue was completely inked, Pearl did the final blow by using a Killer Wail powered by her own voice. Soon, Tartar was stopped and Inkopolis was saved, thus allowing Agent 8 to get into the "promised land".

Agent 8 appears in Super Smash Bros. Ultimate as a spirit in their both genders; Octoling Girl & Octoling Boy, they are a ace primary attack spirit. Their spirit battle are on the Midgar stage against two Inklings who have increased power on special moves.

While they are silent, they do the best they can to regain the memories they have lost, and show notable acts of heroism, such as saving Inkopolis from total destruction by Commander Tartar. 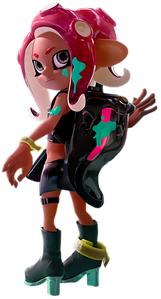 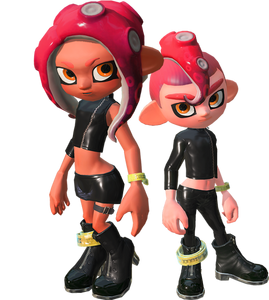 Agent 8 as both a female and a male. 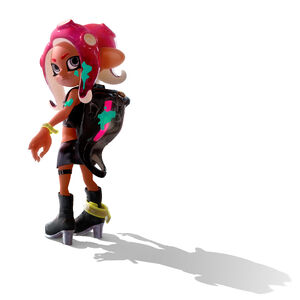 A female Agent 8 as she appears in the Octo Expansion cover art. 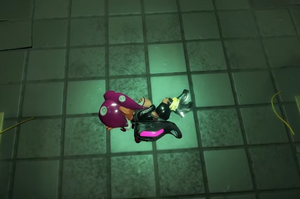 An unconscious Agent 8, shown in the Nintendo Direct trailer. 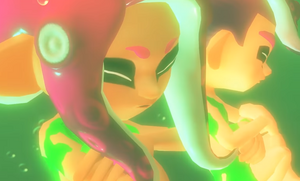 Agent 8 and their twin in an ink tank. 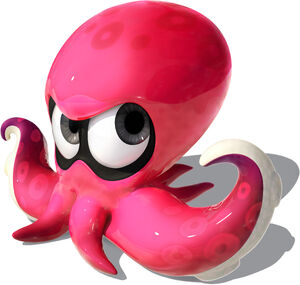 Agent 8 in their octo form. 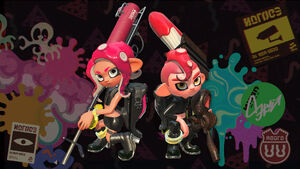 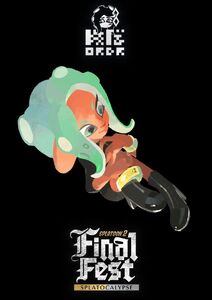