Help Rogan to save Sophie and stop Curien's plan from releasing his monsters onto the world. (succeeded)

Agent "G" is one of the main protagonists in The House of the Dead video game series. His age and nationality are unknown, or are kept Top Secret by the AMS. However as this is not consistent with the other agents, this may not be the case.

On December 18, 1998, G and his partner,"Top Agent" Thomas Rogan investigated an urgent phone call from Rogan's fiancee, Sophie Richards. They arrived at the mansion of geneticist Dr. Roy Curien, who had gone mad and released his biologically-engineered creations upon his own research team. The agents battled the armored Chariot, who mortally wounded Sophie, and the flying bat-like Hangedman.

G and Rogan later encountered Curien, who complimented their efforts before escaping. The agents defeated the spider-like mutant Hermit and ventured into an underground laboratory. Curien unleashed his "masterpiece", an entity known as The Magician. Claiming that it had no master, the Magician killed Curien and battled the AMS agents, who then destroyed it.

In 2000, G was sent to investigate a series of disappearances in Venice, Italy (the perpetrator being Caleb Goldman, the financier of Curien's research). He planned to meet fellow agents James Taylor and Gary Stewart in a library, but the situation escalated when Goldman unleashed his creations upon the city. G was injured by the lumbering suit of armor/flying imp duo Judgment, though he was able to make his escape to the library. After James and Gary arrived, G lent his files to the two agents, which contained the weakpoints for several bosses encountered in the game.

In one ending, G, having recovered from his injuries, appears among agents Amy Crystal, Harry Harris, and a crowd of civilians thanking the players after they defeat Goldman's final creation, The Emperor.

The House of the Dead 4 & Special

In 2003, Goldman posthumously activated another outbreak. James and new agent Kate Green prevented a nuclear missile launch, but James sacrificed himself to destroy Goldman's secondary magnum opus, The World. In one ending, G revisits the spot where James died, telling his fallen friend to rest and that they'll fight the undead back to their source.

Sometime after, G teamed with Kate to fight the infestation back to its source. After defeating Justice, a creature whom James and Kate had previously encountered, the agents discover an underground laboratory containing farming pools for the undead. At the end, they destroy an either resurrected or cloned Magician. After once again defeating the Magician, G tells Kate that the "fight is about to begin", and they walk away.

By 2019, humanity had collapsed and with the AMS disbanded, G retired. G's retirement was short-lived, however, when Rogan's daughter Lisa contacted G to help her rescue her father after Rogan went missing following a mission into the EFI Research Facility. They defeated Death, a giant club-wielding security zombie, Sun, a large tree-like mutant with sharp vines, Fool, a massive sloth-like mutant with talons.

G and Lisa found Rogan, who reveals that he was rescued by Curien's son, Daniel. Curien's body had undergone a 19-year resurrection process, intended to be transformed into the Wheel of Fate. Lisa and Daniel defeated the creature while G stayed behind to care for Rogan.

As the group left the facility, G voiced concern for the future of humanity; Rogan remained optimistic, stating that the survivors must "believe in themselves," and "walk their own paths." 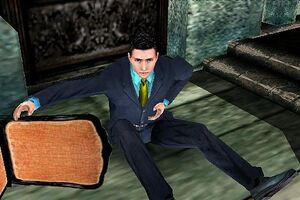 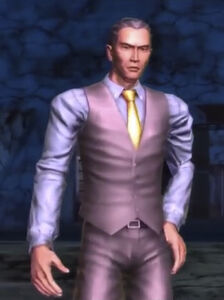 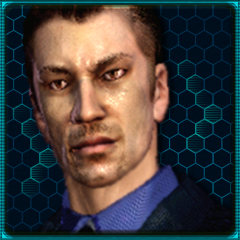 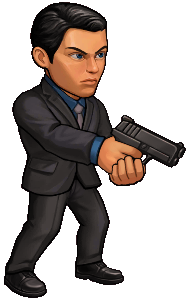 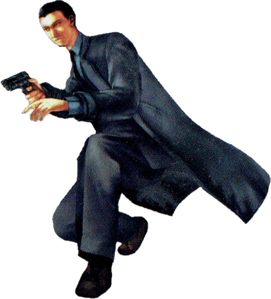 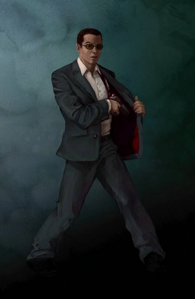 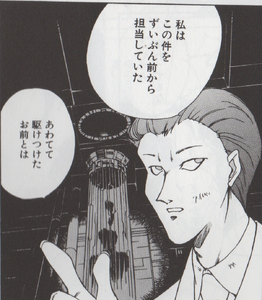 This article contains content derived from the "Agent G" article on the Wiki of the Dead, licensed under CC-BY-SA.