Protect the world from the evil threats and take down HYDRA.
Help the Avengers unite to defeat Loki. (all succeeded)

He is a spy working for the fictional espionage agency S.H.I.E.L.D. Coulson is generally used to represent S.H.I.E.L.D.'s involvement in the plot, to the point of being described as "the S.H.I.E.L.D. agent" by Clark Gregg. As of 2013, he was the main protagonist of Marvel Television's ensemble spy-fi series Agents of S.H.I.E.L.D., set in the Marvel Cinematic Universe.

In Marvel Avengers Academy, he was voiced by the late Billy Kametz.

Phil Coulson was born on July 8, 1964 in Manitowoc, Wisconsin to Robert and Julie Coulson. As a Catholic raised child, he idolized Captain America, the world's first superhero, and Peggy Carter, and agent of the SSR, and acquired many cards of Captain Rogers.

Coulson spent most of his childhood playing little league, and spent most of his time with his father, who introduced him to car tinkering (with the two working on the red corvette he keeps in the present). He would his father at a young age, and his mother passed away at an unknown time. After high school, Coulson went to college to study history, and was recruited by Nick Fury into S.H.I.E.L.D.

During his early days, he was taught by Fury alongside John Garrett, and would met and befriend Melinda May, who would become one of his closes allies in the organization. His first mission with May was a retrieval operation to a coffee shop in Sausalito, with him having to fish her out, and allowing her to drive his car, Lola.

In 1995, he, Fury, and S.H.I.E.L.D. Director Keller and his team went on a mission to learn of what crashed into the Blockbuster. Coulson was impersonated by one of the Skrulls, with the real Phil being left after looking through the store, seeing if there was there anything weird left. Talos would impersonate Keller, who regrouped with Coulson to bring in Fury, and the woman (who was Carol Danvers) to them for questioning. Coulson saw the two, holding them at gunpoint, but decided on instinct, to them go.

Coulson would reunite with Fury after he allied the Skrulls against the Kree with Captain Marvel, and learned of how Nick lost his eye (lying to him that he lost it via burning because he refused to give the Kree the Tesseract). When Fury said that he wanted to make an initiative, with Coulson thinking that S.H.I.E.L.D. wanted more weapons, but the former replied that he meant heroes. Agent Coulson left, despite not knowing where the Tesseract, and hoped that Fury's injuries would healed soon.

When Tony Stark returned from the desert, Fury didn't believe Stark's story that a Ten Rings dump accidentally exploded, and believed the billionaire was recruited by them to make more weapons. Coulson was sent in, and attempted to have a meeting with Tony on his rescue from Afghanistan by Pepper Potts. Eventually, Coulson and Fury learned that Tony had created an armored suit, as footage gathered from him flying in Los Angeles.

Fury and Coulson went to Afghanistan, and realized that Obadiah Stane was behind Stark's kidnapping. Coulson returned to L.A. and told this information to Pepper, and went to arrest him, but were attacked by Stane in his Iron Monger suit.

Coulson survived the attack, with Tony and Pepper defeating Iron Monger, and he later talked to Stark afterward. Both Coulson, Fury, and the world were shocked when Stark revealed himself as Iron Man.

Coulson was put in charge of Tony Stark after he fought his best friend, James Rhodes, who also took his second iron man suit. Despite this, Coulson was sent to learn of a wormhole that appeared in New Mexico, and Phil asked Natasha Romanoff (Black Widow), if she could watch over Tony, and she agreed.

Coulson led a team to New Mexico, where there a hammer amidst a crater, and decided to have a project built a base around the area. One night, Thor Odinson infiltrated the base, defeating all the agents, and attempted to lift his hammer, but failed. Coulson interrogated the man that morning, but left him when Dr. Erik Selvig asked for his release, and said his name was "Donald Blake". Knowing that he was lying, still let him go, and he along Jasper Sitwell continued their studies.

A few days later, Jasper Sitwell saw on the radar that another wormhole was coming in, and Coulson led a small team to the area. The group found a giant automaton, that attacked them until Thor was able to claim his hammer, and destroyed it. Surviving the attack, Phil realized that "Blake" was Thor, the Norse God of Thunder, and confronted the prince. Thor agreed to protect Earth, but asked that Jane Foster get all her equipment back, which the agent agreed. Later on, Coulson and Hawkeye took what was left of the automaton, and presumably returned back to S.H.I.E.L.D.

Agent Coulson witnessed the Avengers join forces on the Helicarrier, and met his idol Captain America; gushing by wanting the hero to sign his collection card. After the team's first mission, Coulson told Fury that the Avengers weren't ready to face the common threat, and told him that the group needed to be motivated. After Thor came with Loki, the agent informed the Asgardian that he had Jane Foster place in safety.

When a possessed Hawkeye and a group of mercenaries assaulted on the S.H.I.E.L.D. helicarrier, Loki escaped from his prison cell. When Coulson reached the cell, he saw Loki free and Thor in his place, and aimed the Destroyer Armor Prototype Gun at Laufeyson. However, Coulson was aiming his weapon at an illusion of Loki, and was stabbed in the back by the real Loki with the scepter. Coulson couldn't do anything to prevent Thor's expulsion from the helicarrier, but was able to land a blow at Loki with the prototype gun.

Fury reached to Coulson before his death, telling him to motivate the Avengers by using his death as a way. Coulson's idea worked, as the Avengers reunited during the Battle of New York, and they defeated Loki and the Chitauri.

Days after his death, Fury ordered for Coulson to be saved, and a S.H.I.E.L.D. medical staff used an experimental drug as part of Project T.A.H.I.T.I. Coulson was brought back to life after seven operations, but the process was deeply agonizing for the agent, and he begged the doctors to let him die. He also began to experience the same mental breakdowns suffered by other patients of the project, and began to carve alien symbols and scream at doctors. Fearing he would suffer a terrible death, the doctors chose to erase his memory of what happened.

Fury and Streiten ordered that the doctors alter some of his memories to make Coulson believe that he was revived in Tahiti. Streiten believed that the methods to revive Coulson were unethical and felt they should have left him to die, as Coulson forget everything about the project, including that he was the leader of said project.

Coulson shows himself to be an honorable, selfless and determined individual who was willing to lay down his life for someone else. He also shows a humorous side towards his colleagues, and treats his teammates with compassion and love, making them fell like part of a family. He is close to Daisy Johnson, having a father-daughter bond with her and hasn't given up on her when she leaves S.H.I.E.L.D. after suffering great loss. Additionally, he is close to Melinda May, having developed romantic feelings for her, but their chance at an relationship never developed.

Coulson has shown himself not to be afraid of death, as he mocked Loki after being stabbed with the scepter on the helicarrier. Even afterward, he told Fury to motivate the Avengers to reunite and defeat the God of Mischief before passing. However, Coulson has shown a dark side of himself, such as killing Grant Ward in cold blood with his prosthetic hand, but did admit that he went a step too far afterward. 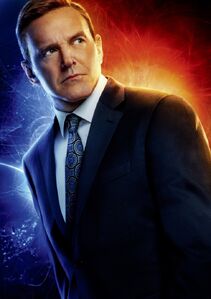 Agent Coulson in The Avengers. 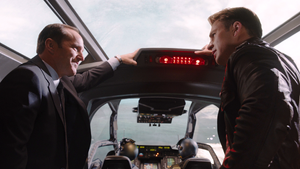 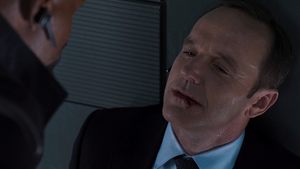 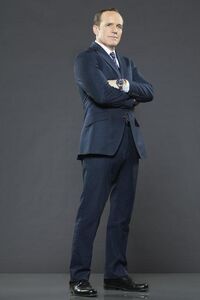 Agent Coulson in season one of Agents of S.H.I.E.L.D. 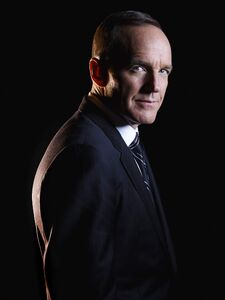 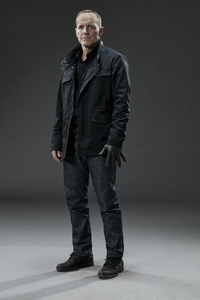 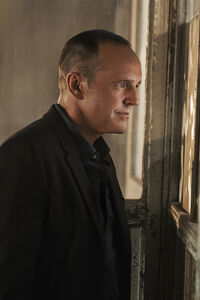 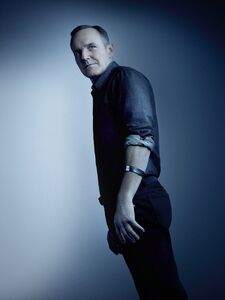 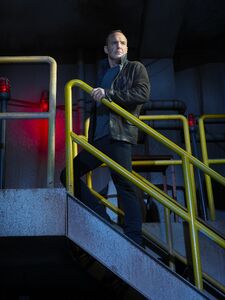