To save Halloween Town, protect her family and train Sophie

Splendora Agatha "Aggie" Cromwell is one of the main protagonists in the Halloweentown Series. She is the mother of Gwen and grandmother of Marnie, Dylan, and Sophie. She is the daughter of Marvin, Merlin's cousin.

She was portrayed by late Debbie Reynolds from fourth films who also voices Charlotte A. Cavatica and as younger Sara Paxton from final film.

She was the Queen of Halloweentown, as Marnie discovers when she goes back in time. Splendora reveals her preference to be called 'Aggie'. Splendora (Aggie) later mentions that she will be the one to train Marnie, and Marnie says "See you in a thousand years, Grandma".

Aggie helps Marnie enroll Halloween Town teenagers at the local high school. The family get her hired as a science teacher, but she goofs it up. Then she gets transferred to History, where she makes fun of the inaccuracy of the books. Then P.E., where she hasn't a clue what sports are.

Aggie is traveling with Sophie to complete her witch's training. She visits Marnie as a magical projection.

Magic: Being a witch, Aggie possesses a wide variety of conjugation and manipulation powers. As Aggie put it "magic is very simple. You have to want something, and then let yourself have it." 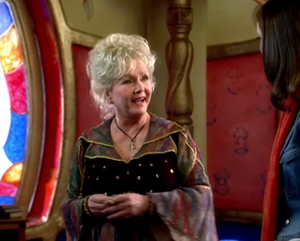 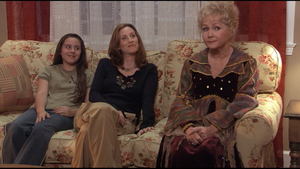