Ai Mizuno is one of the deuteragonists of Zombieland Saga. She was the lead singer of Iron Frill before her death in 2008 after being struck by lightning and later being revived to be a member of Franchouchou by Kotaro Tsasumi.

She was voiced by Risa Taneda in Japanese and Bryn Apprill in English.

As a human, Ai had chin-length dark blue hair with gold, star-shaped accessories. Her eyes were burgundy. She wore a school uniform that consisted of a beige shirt, navy blue sweater and a plaid bow, and matching skirt. She also wore khaki shoes and grey socks.

As a zombie, Ai keeps her general attire but bears a noticeable amount of bandages around her body, making her resemble a mummy.

Ai is a strong-willed and independent girl. As the former leader of an idol group prior to her death, she is very headstrong and serves as the group's manager due to her past experience. She was originally skeptical of Kotaro and his plan to thrust her and the other zombie girls into an idol group, but later warmed up to him and embraced her role as an idol of Franchouchou. She is one of the more serious members of the group and always puts all her effort into anything she happens to do. 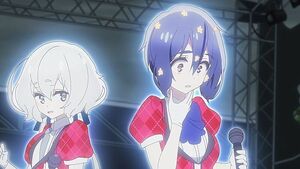 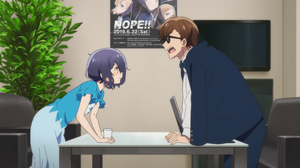 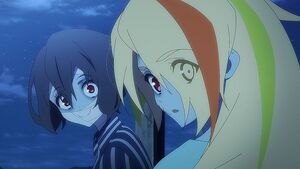 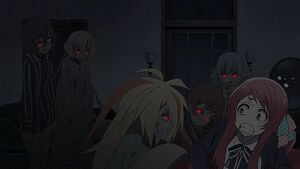 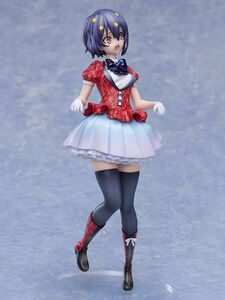