Aigis is a deuteragonist and party members in the video game Persona 3. She is an anti-Shadow weapon (the last one in existence) and a member of S.E.E.S. Despite being the last of the party members to be introduced (though not the last to join), she is arguably the deuteragonist of the game, due to her role in the protagonist's origins combined with the fact that she takes over as the player character and party leader in The Answer. Her initial Persona is Palladion and her Ultimate Persona is Athena, though in The Answer, she inherits the protagonist's Wild Card ability.

Aigis' initial personality is simply a robot designed to obey orders, although she is drawn to the protagonist and states that it is very important for her to be by his side, going so far as to hug them in front of everyone. Her desire to protect the protagonist is so strong, in fact, that she was able to overcome Ikutsuki's programming and free the entire team from their shackles, when Ikutsuki had attempted to sacrifice them to bring forth the Fall. As a result of having no emotions, Aigis' social skills are more-or-less non-existent; it's frequently noted on-screen that while she may look human, she is far from passing as such. She is prone to doing very strange and socially unacceptable things, such as breaking into the protagonist's room to wake him up and requesting to be on standby in their room, which Yukari calls her out for. A video recording shows that she has a habit of breaking into his dorm room at night in order to check on him, even going so far as to keep a record of how long it takes her to pick the lock, In Falling Down, she even goes so far as to sneak into the boy's rooms during the group's stay in Kyoto, claiming it was unfair that she and Makoto weren't in the same room. Lack of social grace notwithstanding, Aigis is nonetheless very polite to everybody, always using the honorific '-san' when addressing them. In the original Japanese version, she ends her sentences with "de arimasu" prior to developing emotions.

She is shown to be able to understand Koromaru and often translates for the others, though she is shown to be able to understand dogs in general. She states that dogs don't have a language, but speech is not the only way of communication, with The Answer revealing that she can understand Koromaru's thoughts and feelings. Arena reveals that this is because it was inherited from the 5th Generation Anti-Shadow weapons, one of whom took time to communicate with a puppy named Snowy. In Persona 4 Arena Ultimax, Aigis meets him, now an old dog.

Aigis' Social Link revolves largely around trying to understand her new emotions; she frequently talks about things that are new to her or that she never gave any thought to before, such whether or not she likes something or the importance of a shrine. She states that she now understands that living beings are guided by feelings rather than facts, and that was what guided Koromaru to stay at his master's shrine long after his death. She also grows to view her room as unwelcoming, and can't believe she used to think it was normal. After being bitten by a dog, which ends up hurting it instead, Aigis is reminded of an important truth; while her heart may become more human, her body will forever remain mechanical. In general, the more human she becomes, the more she realises she will never truly be human herself, resulting in her having an identity crisis. Eventually, however, she realises what had pained her; as a machine, she cannot die and so she will inevitably outlive the protagonist, whom she has fallen in love with, but if that is the case, she can stay by his side until then (which, tragically, ends up being very soon after). Aigis falls for the protagonist regardless of gender, even expressing lament towards not being a male during the female protagonist Social Link, though she gets over it by the end. In Persona Q, if she's chosen as the destined partner of Yu Narukami, she will refuse, insisting that the protagonist of Persona 3 is her most important person.

After the death of the protagonist, Aigis is so devastated that she once again loses the will to live and wishes to return to being a mere machine, as she had promised to always protect him and be by his side. She apparently found herself unable to face him, as she was the only one who didn't attend his funeral. However, she is still shown to be very kind, as she warms up to Metis notably quicker than the rest of the group, even giving her permission to call her 'Sister.' 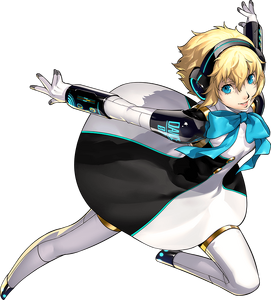 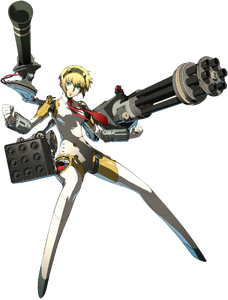 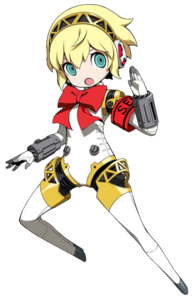 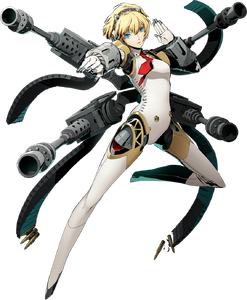 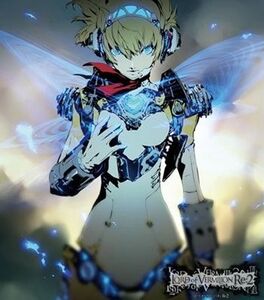 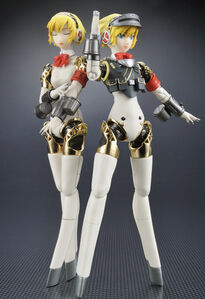 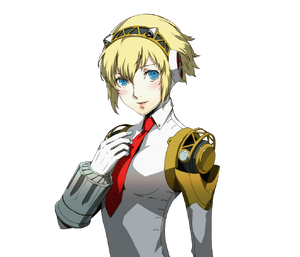 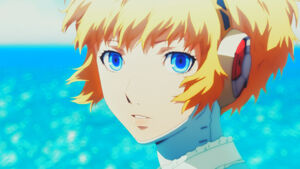 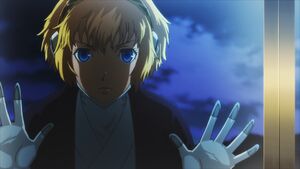 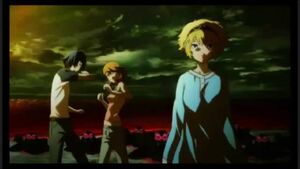 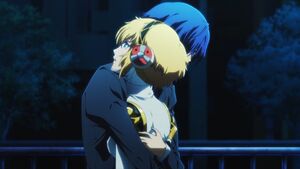 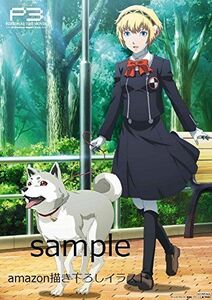 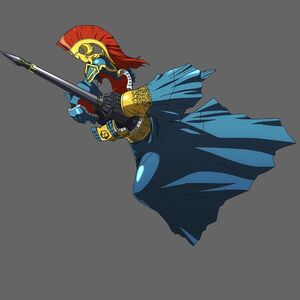 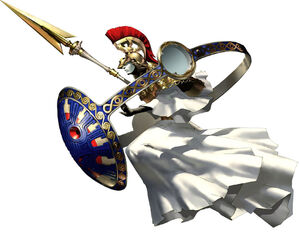