To help his various owners, later his wife and puppies in any way he can (succeeded).

Air Bud, also known as Buddy, is the titular main protagonist of the Air Bud series. He plays a different sport in each film (basketball, football, soccer, baseball and volleyball, respectively). In the third film, he becomes the father of five puppies: Budderball, B-Dawg, Buddha, MudBud and RoseBud, though none of them are given actual names until the first Air Buddies movie. Air Bud only appeared in the first two films of those series and was only mentioned in the third film.

The first two films in the franchise were released in theaters, while later entries were direct-to-DVD releases.

Air Bud has a less important role in Air Buddies and Snow Buddies. The films were all straight-to-DVD (later Blu-ray) releases, except for the first film that remains a DVD only release. 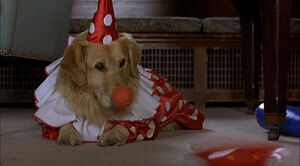 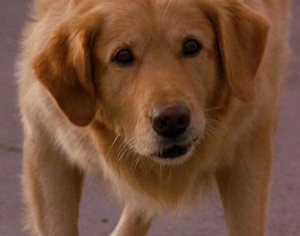 Buddy facing Snivley
Add a photo to this gallery