Airi Yukifune is one of the main protagonists of the visual novel and anime series Robotics;Notes. She is a communication interface A.I. existing within the IRUO. servers created by Kou Kimijima. Her dual personality "Gezi", a fully-automated data collection engine, is used by him, and later Kaito Yashio, to collect information. It is eventually revealed that Gezi is the dominant personality; Airi is actually the virtual manifestation of a young girl who was put in cryo-sleep due to a serious but not life-threatening illness.

She is voiced by Rie Kugimiya in the Japanese version and Apphia Yu in the English version.

Airi is a petite girl with light skin, long, grey hair tied with a black bow, blue eyes, and wearing a dress with a white, pleated under, a black, ruffled overlayer, and an open collar, and no shoes.

Airi is a very cheerful, playful and innocent young girl. She is shown to greatly enjoy dancing, always doing so barefoot, as well as forecasting the weather. She is also very kind and friendly; she quickly becomes fond of Kaito and asks if she can call him "Onii-chan" (Big Bro), to which he agrees.

As Geji-nee (Gezi), her personality is significantly altered. She speaks in a monotone and appears to be emotionless, though she is frequently shown to have a very dry, sarcastic sense of humour, not too dissimilar to that of Kaito's. Unlike Airi, Gezi refers to Kaito on a last-name basis.

Eventually, Airi is revealed to be a very sad and lonely girl; back when she was human, she suffered from an illness that, while not life-threatening, confined her to bed and would cause her to suffer greatly for the rest of her life. Overtime, she found that the only thing she ever looked forward to was the weather forecast- she would watch it about a dozen times a day, believing that if it snowed on Christmas Eve, she would miraculously be cured of her illness. As time went on, however, her hopes slowly but surely diminished, since no matter how many times she wished, it never snowed. Eventually, she gave up on the hope that it would snow, and as a result, stopped believing in miracles altogether. 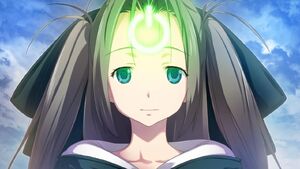 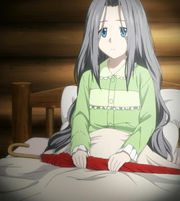 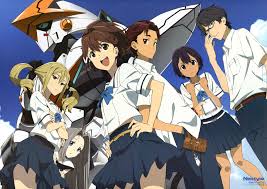