To defeat Pierrot and save the world from a bad ending.

Magical Girl
Akane Hino (Kelsey in the English Dub, "Glitter Force") is one of the main heroines in Smile Pretty Cure!. An unusually passionate girl, she is able to get into any mood easily, and loves to make others laugh. Her family runs an okonomiyaki restaurant, and she often helps out there. In school, she is part of the volleyball team. She was born in Osaka and thus speaks in the Kansai dialect, like Tarte from Fresh Pretty Cure!.

Her alter ego is Cure Sunny or Glitter Sunny in the Glitter Force dub. She controls the element of Fire.

She is voiced by Asami Tano in the Japanese version, and by Colleen Villard in the English version.

Akane has short red hair worn in a small ponytail with long bangs on both sides of her face, held with 2 yellow hairpins on the right side. Her eyes are a matching shade of red as well. Her casual outfit consists of a loose long-sleeved orange dress-top with crisscrossing yellow stripes, red pockets and a red ribbon at the back, blue skinny jeans and red flats. her summer outfit consists of a short-sleeved wide-necked shirt under a light orange tank top, khaki shorts, white stockings and beige open toed boots. She wears her school uniform with a red corn tie, and a orange sweater tied around her waist.

Cure Sunny has bright orange hair, the upper part of which is worn in a single bun on top of her head with a few loose strands, while the rest is around chin-length and is let down loose. Her eyes also become a bright orange. Her tiara has one angel wing attached, and she wears it on the right side of her head. Like March, she wears her earrings on the helix of her ears. Her outfit is mainly light orange, with bright orange lining and white highlights. Her sleeves are single-layered, and the bow at her chest is small with a large frilly piece behind it. The back of her top extends out in a single pastel orange frilly piece. Her arm protectors reach past her elbows, and are decorated with orange ribbons at the top and light orange folds at the wrist. Her boots are long as well, reaching past her knees with orange ribbons at the top.

In Tiara mode, her white tiara is replaced by a golden crown worn in the center of her head. The centerpiece of her tiara is a red circle, and the angel wing at the side of her tiara turns golden as well. Her white angel wing earrings are replaced by gold ribbon-shaped earrings with orange hearts in the center, and she now wears them on her earlobes.

Being born and raised in Osaka, Akane speaks in the Kansai dialect, and refers to herself as "uchi" instead of the usual "watashi". Her catchphrase is "aka~n", the Kansai equivalent of "dame da" or "This won't do". She is also fond of saying "uchi no deban ya!" or "It's my turn now!". She possesses a boyish personality, often reflected in the way she stands or sits. However, she seems to love cute things, and has an especially soft spot for gorillas.

Akane is a passionate girl who loves making others laugh. The first impression she gives is that of the class jokester, always full of puns and jokes to make her classmates laugh. As such, she appears to be generally popular and well-liked. Her friends see her as an interesting girl who always manages to make them laugh. She has a habit of speaking her mind, which can get a little out of hand sometimes, such as when she introduced Nao, Reika and Yayoi to Miyuki as being a "female gang leader", "Miss Popular" and "crybaby" respectively, causing visible discomfort to the three. Yayoi, with her crybaby personality and fascination with superheroes, is often the target of Akane's jokes. However, there does not seem to be any ill meaning behind the teasing, and the other girls seldom take offence.

Despite all the teasing, Akane is extremely loyal to her friends. She also has a tendency to act before she thinks. For example, when she witnessed Cure Happy being defeated by an Akanbe, she remembered how Miyuki had helped her out, and immediately went to help Happy even though she had no chance of winning against the Akanbe. Her strong wish to help her friend earned her the Smile Pact and allowed her to transform into Cure Sunny.

With regards to being Pretty Cure, Akane was initially against the idea, turning down Miyuki's bold invitation. When she did become a Cure, she seems quite cool about the whole idea, ready to do her best in battle, though not overwhelmingly enthusiastic like Miyuki or Yayoi. Similar to Nao, she does not understand why Miyuki and Yayoi are so hyped up about being "superheroes", and gave Miyuki a cool reception when she insisted on the group coming up with a signature phrase. Ironically, though she loves to make puns, she was initially embarrassed by the ones made in her own Cure introductory speech.

In terms of sports, Akane is excellent at volleyball, easily beating her classmates in a friendly match. She aims to become the ace attacker of the school volleyball team, and comes down hard on herself when she is unable to perform well. She is also an independent girl, as she told Miyuki that she does not normally allow others to help her out, but gave Miyuki a chance to help her with volleyball training due to her enthusiasm and willingness. She can also be extremely focused, as she turned down Miyuki's offer to become Pretty Cure (or "kiripura" as she mistakenly calls it) as she wanted to focus on her volleyball training.

Akane's family runs an okonomiyaki restaurant, and it is probable that Akane enjoys cooking.

Also in Episode 36 you can see the love side of her life.

Most of the episodes that revolve around her have the word "Nekketsu" (lit: Hot Blooded). 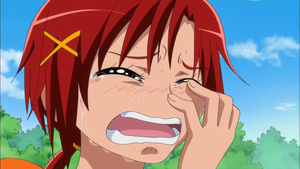 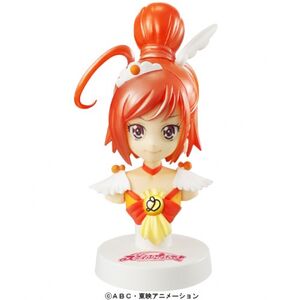 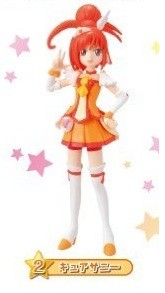 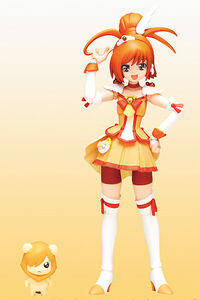 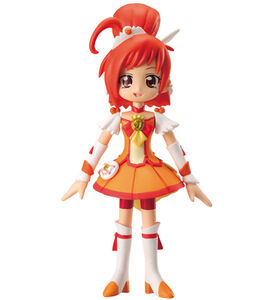 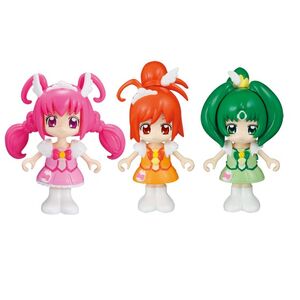 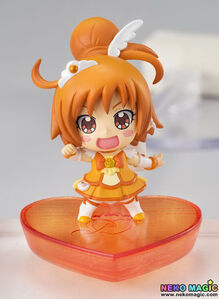 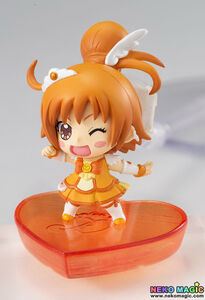 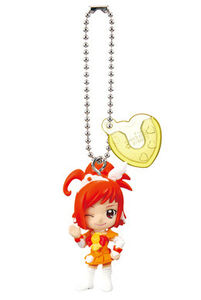 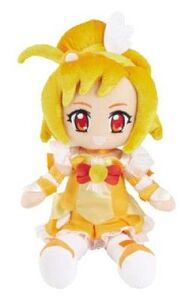 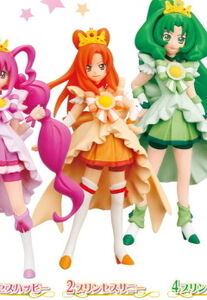 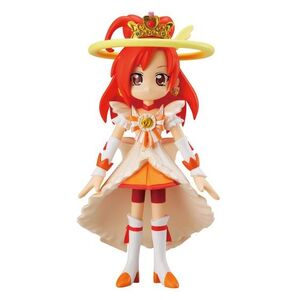 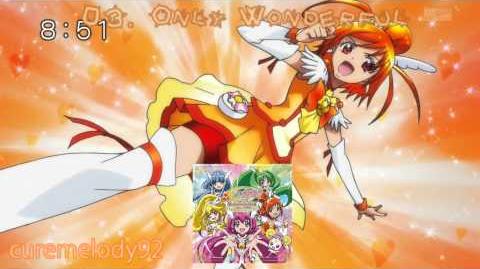 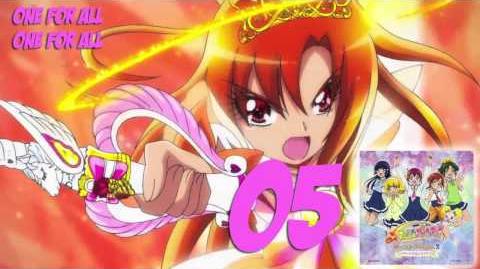