Stop Kirito Kamui from destroying the Sibyl System.
Defuse the crisis of Shambala Float. (both succeeded)

Akane Tsunemori is the deuteragonist of the anime series Psycho-Pass. Specifically, she is the deuteragonist of Season 1, the main protagonist of Season 2 and the 2015 movie and a minor supporting character in the 2019 movie trilogy Sinners of the System. She returns as a supporting protagonist in Season 3. She is an Inspector of the MWPSB in Unit One. Introduced as a rookie, Akane soon become a full-fledged detective who thwarts numerous revolts against the highly dubious Sibyl System, which she believes is necessary to keep peace in spite of its major flaws.

Akane is a young woman with pale skin, short brown hair and large brown eyes. Her office uniform consists of a white blouse with a dark gray blazer and medium length skirt. Her operations uniform usually consists of a police jacket over her work attire, with WPC and 103 emblazoned on each arm. In 2114, Tsunemori is seen in a new office uniform consisting of a structured white top with a dark blazer and dress pants. She still wears her police jacket over her work attire. She often wears the same blazer and skirt but with a yellow blouse. Her casual clothes include a black woolen coat, a pink sports suit and a yellow bedgown. She also likes to wear various Holo clothing over her suit. She is 163cm tall, making her the shortest member of the team until Mika Shimotsuki joins.

Akane appears to be a shy and naive woman at the time of her recruitment, as well as very wide-eyed and idealistic. As time goes on, however, she is revealed to be intelligent, compassionate and insightful as an Inspector. She agonizes over the purpose of her existence, which is an uncommon trait when compared to others. She can sometimes be headstrong and gets angry or upset at people for doing things with which she heavily disagrees.

Akane is polite and respectful and after spending time with Shinya Kogami, one of her Enforcers, she develops into a full-fledged detective with a strong sense of justice, even to a fault. An example of this is when she is unable to kill the murderer Shogo Makishima not once, but twice: the first time leading to the death of a friend and the second time preventing her from avenging said murder. She is also shown to be humble, believing Yayoi was giving her way too much credit when she said she could put her life in her hands.

After being shown the true form of the Sibyl System, Akane is shown to be hateful towards it, but since she knows the current society cannot live peacefully without it, she agrees to maintain it, regardless of her own feelings. It gets to the point that she tries her hardest to bring in Makishima alive despite the fact that he had killed her friend right in front of her. She believes the system will be terminated in the future.

Years later, while Akane retains her kindness and patience, she is also cool headed and rational, which is shown when she calmly uses her negotiation skills to talk down a criminal who was using bombs to attack the PSB, which got his Psycho-Pass into the non-danger zone, allowing her to stun him and bring him in instead of killing him. However, her compassion has its limits, which is shown when that same bomber committed another crime and this time killed over a dozen people with a bomb, she outright told him any sympathetic words she'd told him were now meaningless and she was ready to give the order to execute him had Inspector Aoyanagi not shot him first. She's also not against rebelling against Sibyl at times, such as when she attempted to bring in Kirito Kamui alive despite the System wanting him dead, so she could find out exactly why he was such a big threat.

Even after everything she's seen, Akane still maintains her healthy Psycho-Pass and is quick to recover from any traumatic event, such as the aforementioned death of her friend and the death of her grandmother. However, while people see it as a her being strong-willed (especially when you consider her job) and the Sibyl System deems her a "unique individual", Akane herself believes it means she's cold-hearted and unfeeling, and is actually disturbed with how quickly she got over those things. 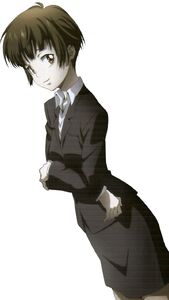 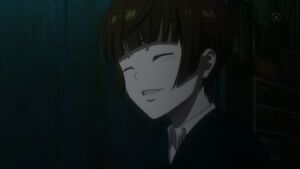 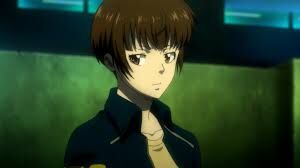 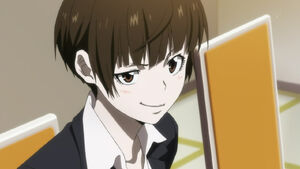 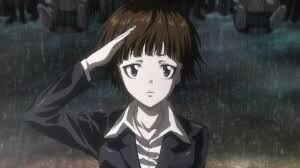 Akane introduces herself to the MWPSB 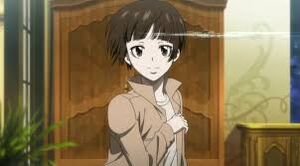 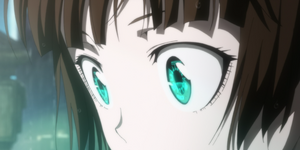 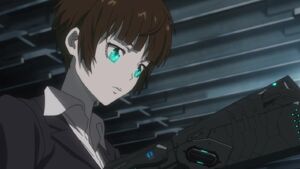 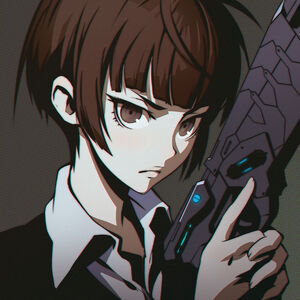 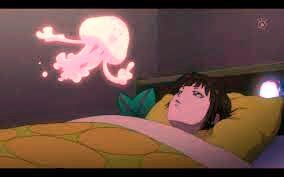 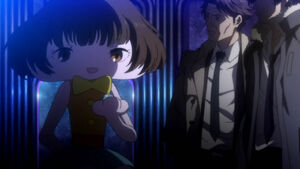 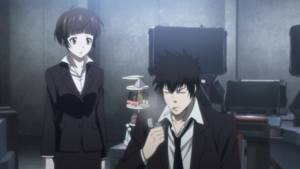 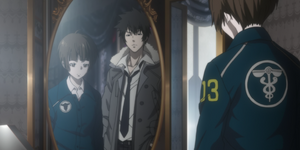 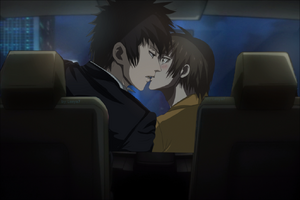