Senior at Gekkoukan High, Captain of the boxing team, Member of S.E.E.S.

Live for Shinjiro, Defeat Nyx, Escape the Abyss of Time

Akihiko Sanada is one of the main protagonists and party members in the video game Persona 3. He is a senior in Gekkoukan High School and the captain of the boxing team. According to Ken Amada, he is undefeated. Apart from Mitsuru Kirijo, he has been a part of S.E.E.S longer than any other character. His initial Persona is Polydeuces and his Ultimate Persona is Caeser.

He is voiced by Hikaru Midorikawa in the Japanese version and Liam O'Brien in the English version, the latter of whom also voices Red XIII and Jushirō Ukitake.

Akihiko has short silver hair, grey eyes, skin of pale complexion and wears a white band-aid above his left eye. He wears a slightly modified school uniform of the Gekkoukan High School, where he replaces the standard jacket with a red sweater vest. Additionally, he wears black leather gloves. His standard summer outfit consists of a red v-neck t-shirt and white pants, while he is seen wearing a white jacket and a red scarf, as well as white pants on winter days. He is never seen without his gloves except during the trip to Yakushima while he is on the beach and briefly during the school field trip in Kyoto.

During his flashback scene in Persona 3 FES which takes place of an unspecified amount of time before the beginning of Persona 3, a much younger Akihiko is depicted, having softer facial features and a band-aid around his nose. He wears a red shirt under his white chemise and black pants.

In Persona 4: Arena, a 20 year-old Akihiko is seen. He has another band-aid on his right cheek, a cross shaped scar on the left side of his head, and stubble. He wears brown pants, and the left thigh of his pants is bandaged, while the right has several tears on it. He wears reddish brown boxing gloves and a matching cape. He does not wear a shirt, and he seems to have been injured by a huge animal, as he has three scars on his chest, and a few scars on his arms as well. In addition, he carries a machete, a bottle of water, large knife, and an evoker with him.

In the non-canon Persona -Trinity Soul- anime, taking place 10 years after the events of Persona 3, Akihiko is now an adult and considerably more mature. His skin is slightly tanned and he doesn't wear the band-aid above his left eye. Akihiko is seen wearing a black suit-like outfit together with a light brown collar shirt and red tie.

A cool and well-respected upperclassman, Akihiko is serious and determined, as well as cracking small jokes on small occasions. Of all members of the group, he is the most prone to sarcasm, one instance being if the protagonist talks to him while he and Junpei are taking a break from studying for first semester midterms, stating that Junpei isn't studying for his exams as Mitsuru told everyone to go back to their routines. He tends to show his excitement for a big challenge, something that eventually rubs off on Junpei. He is eager to train and fight, often to a fault. Early on in the game, when he is injured due to a fight with one of the twelve full moon Shadows, he will repeatedly express interest in fighting despite being unable to. This draws criticism from Mitsuru, who views Akihiko's eagerness to fight as if he treats their work as a game. At one point, Yukari even accuses him of caring more about having a good fight than doing the right thing. However, Akihiko is a kind young man who will go out of his way to help someone, which is shown when he was willing to take any chance to save Fuuka from Tartarus despite having never met her before, even after Junpei and Yukari pointed out that she had been there for ten days (or ten hours from her perspective) and most likely couldn't have survived.

Akihiko also has an aggressive side, which he usually demonstrates when dealing with Shadows. He never gives up and always tries to get stronger in order to protect what is dear to him and feels guilty for not being able to save his sister, Miki, from the fire. As he puts it, he knows what it's like to feel powerless and he never wants to feel that way again, though this often results in him overworking himself due to feelings of self-doubt. Akihiko is also shown to be very smart, if not quite on Mitsuru's level, as he is consistently shown to get good grades and often picks up on things that Mitsuru misses, like giant Shadows appearing during the full moon and why Fuuka disappeared. He even tells the protagonist that a strong mind is just as important as a strong body. He is also very competitive; despite being not being particularly interested in picking up girls, he willingly goes along with Operation: Babe Hunt, treating it like a "match" and even getting disappointed when they had no luck. Afterwards, it takes six months for Junpei to get him to admit defeat, after which he takes most of the group out for ramen.

He acts like an older brother for the younger S.E.E.S. members and especially in Persona 3 Portable if the player chooses to play as the female protagonist, Akihiko is shown to care a lot about her. This fits with his Arcana being the Emperor, which represents fathering and relates to leadership and decision-making skills. Akihiko is on good terms with Shinjiro and keeps in touch with him even after he quit SEES. He cares a lot for him, as shown when Akihiko finds out about the drugs Shinjiro uses in order to prevent his Persona from going berserk. However, their conversations are not always civil, as Akihiko will frequently try to convince Shinjiro to come back to S.E.E.S., even showing some mild hypocrisy by telling him he can't keep dwelling on the past, prompting Shinjiro to remind him that he isn't any different since he can't let go of his guilt over not being able to save his sister's life, and that it is in fact his precise reason for fighting. Indeed, much like Junpei, Akihiko sees S.E.E.S.'s activities as a form of escapism from his normal life, and so sometimes questions whether he really wants the Dark Hour gone.

While generally caring and straightforward, Akihiko can be quite abrasive at times, such as when he pretty much forces Shinjiro to come back to S.E.E.S. shortly after Ken joins the group. He also expresses deep distrust and hostility towards Metis in the early parts of The Answer, even more so than the rest of the party, as he fully expects her to turn on them again at any time and even suspects her of having an ulterior motive for protecting Aigis. He can be blunt and isn't above making a harsh comment to someone, even to a friend, a trait he shares with Mitsuru.

Akihiko is often depicted as aloof, and in some cases, completely unaware of the fanbase of female students, who often follow him around school. He finds this irritating and will sometimes complain to the protagonist about it, saying they talk so much that they give him a headache. This is due to the fact that he is extremely shy and awkward when around girls, to the point that he is incapable of talking to any girl outside his teammates. This is especially shown in the female protagonist route, in which he becomes a Social Link. A character video late in the game shows him reading books in his room on how to talk to girls and trying, and failing, to rehearse a conversation without getting flustered. His awkwardness is probably best exemplified by talking to him in Tartarus when playing as a female protagonist in a romance with him. Akihiko is also shown to be scared of Mitsuru, and greatly dreads being on the receiving end of one of her "executions".

After Shinjiro's death, Akihiko is reminded what it's like to feel powerless, just like he had experienced with the death of his sister. Over Shinjiro's grave, he admits that he was a fool to believe that he could protect anyone if he was strong enough and that power was all he really cared about, to the point that it had become an obsession. It's then that he realizes that he can't keep blaming himself and decides to move towards the future, which triggers the evolution of his Persona. This resolution allows him to help Ken recover from his own breakdown, which was caused by him temporarily losing his reason for living e.g. vengeance for the death of his mother. Both become closer as a result of this event, and learn to accept the loss of the people they loved. While initially conflicted when he learns about The Fall, he ultimately decides to try and defeat Nyx, even admitting to Ryoji Mochizuki that he doesn't care if it's impossible.

In The Answer, during the debate over what to do with the keys, Akihiko is in favour of the most logical choice; having long accepted that the dead are never coming back, he claims that the group have to live with the protagonist's death and accept the present. He believes that the protagonist died because he used all his powers to protect everyone, and by tampering with the past, it would be disrespectful to his sacrifice. When Yukari expresses interest in going back to the past, Akihiko criticises her for not having the strength to face reality, going so far as to say that even if there was a way to undo Shinjiro and Miki's death, he'd flat-out refuse. He believes firmly that nothing in the past was a waste, as all of it made the group who they are now. However, he admits to understanding Yukari's grief, saying it's a natural feeling for anyone, but nevertheless believes that if they saved the protagonist, they would be benefiting themselves rather than him. Above all, he knows what drastic consequences messing with the past can have, and believes it's simply too big of a risk to take. After the group defeat Erebus, however, he admits that he feels better now that he knows for certain what happened, saying it's like the "blinders have been removed." 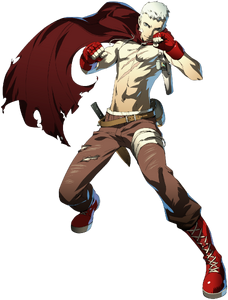 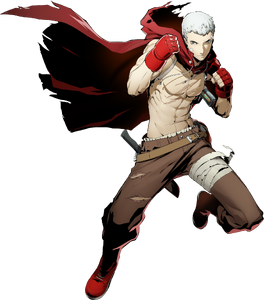 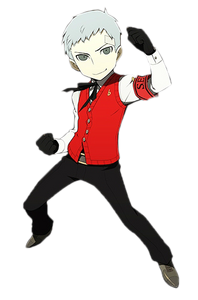 Persona Q: Shadow of the Labryinth. 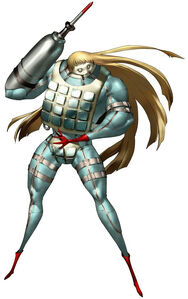 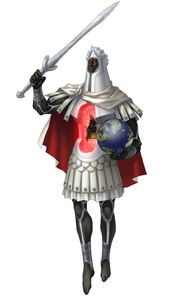 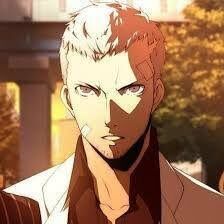 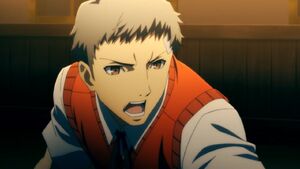 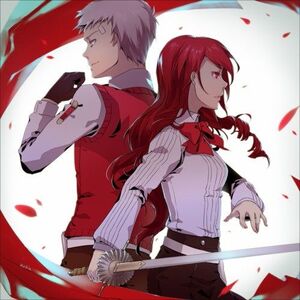 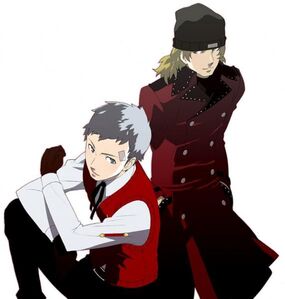 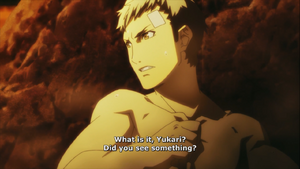 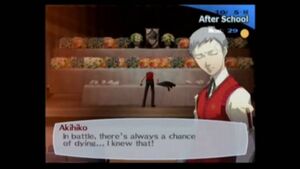