Understand what "true fighting" is about.

Akira Yuki is a character and the mascot of Sega's versus-fighting series Virtua Fighter.

A hot-blooded Ba Ji Quan practitioner, due to a new partnership between Tecmo Koei and Sega for Dead or Alive 5, Akira made an appearance as a guest playable character alongside Sarah Bryant and Pai Chan (later accompanied by Jacky Bryant in Dead or Alive 5 Ultimate).

Akira makes an appearance in Project X Zone. He is a playable character who is partnered up with Pai Chan .

A young man who continues his martial arts training in order to become the ultimate martial artist. Born into the famous Yuki Budokan, he has learnt from a young age the art of Bajiquan, passed from his grandfather to his father and then to him. In order then test his own abilities, he entered into the World Fighting Tournament, a global contest of martial arts. However, rather than just pursuing victories and the defeat of others, he also continues his training in order to see the "stars" that his grandfather taught him were only visible to those who know true strength. He lives by the motto "None shall harm me, and I shall harm no others," with a righteous heart that seeks to avoid meaningless conflict.

Akira Yuki appears in both versions as a DLC Mii costume for the Mii Brawler on the wave two.

Akira Yuki appears as a assist trophy and a spirit, a legendary primary attack spirit that increases the user's fist attacks. His spirit battle is a stamina battle on the omega form of the Coliseum stage with low gravity against Ryu who have increased power on smash and physical attacks with Akira himself appearing as a hostile assist trophy. Akira's Mii costume return on the wave four. 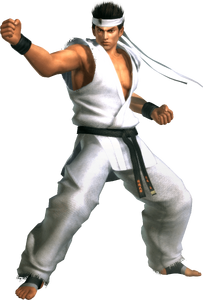 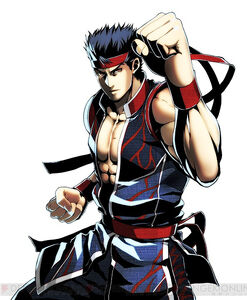 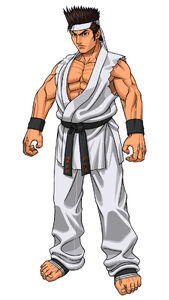 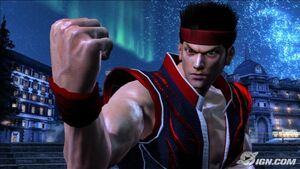 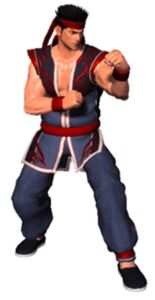 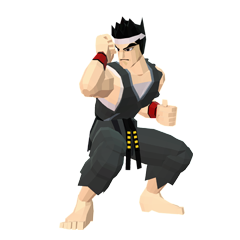