To protect Kenichi and to destroy YAMI

Healer, Genius
Akisame Kōetsuji is one of the supporting characters of History's Strongest Disciple Kenichi. He is a philosophical Jujutsu master, and one of the senior members of Ryōzanpaku and Doctor of the Ryōzanpaku.

He is voiced by Kent Williams who also voices Hatori Sohma.

In his younger days, Akisame traveled the world to further the development of his unique Jijitsu style, taking in aspects and inspiration from other styles he studied. He later met and became friends of Miu's father, Saiga. During one of his journeys, he met the child and not-yet-named Shigure who was raised deep in the mountains along with her father who was a great master at both crafting and wielding weapons. Because her father was suffering from a terminal illness, he requested Akisame to take his life away in a duel so that he could die a warrior's death. Akisame initially refused, but eventually had to throw him off a cliff after a forced confrontation. Before dying, Shigure's father admitted he did not really want to die in battle, but was trying to be a bad example so his daughter would avoid repeating his mistakes. Akisame then gave Shigure her name and took her to be raised by Akisame's old friend, the late master of the Kōsaka-style. After the old man passed away, Akisame brought Shigure into Ryōzanpaku.

Despite having a very kind and understanding appearance, Akisame is noted to be the most strict of all the teachers at Ryozanpaku. Because of the grueling training Akisame forces on Kenichi, in the manga Kenichi often runs home to him in times of problems screaming "DORAEMON!" (coincidentally while Akisame is eating dorayaki) in a parody of the recurring gag from the manga of the same name. According to Kenichi, he is capable of unspeakable brutality. His training often involves the usage of various machines that grabs Kenichi's arms and legs and often pulverizes him to nothing, which often leaves Kenichi in a exhausted mess, which is often a running gag as Kenichi often tries to run away whenever he sees his crazy training machines.

While normally a composed and collected individual, at times he has shown anger, such as he did after learning about Ogata's treatment of his disciple. According to Ma Kensei, whenever Akisame says "Eh, I don't want to", his stubborness becomes unrivaled to the point where no amount of compensation can change his mind, and according a flashback, Akisame refused all manners of payment for a statue he crafted offered by a rich country leader (much to Miu's distress) and even sent the assassins and professional thieves hired to steal the statue back beaten up and sent back with an "Eh, I don't want to" note.

Kōetsuji believes that masters should not interfere with their disciples' battles, and often has to convince Sakaki not to pulverize those who beat up Kenichi. However, like all the other masters at the dojo, he worries about Kenichi as well. He later believes that Kenichi will climb the ladder of a true martial artist and has on some occasion's praised his disciple whenever he impresses him, such as how Kenichi saved the congress woman from her death in the fight against Alexander Gaidar.

He seems to hold some kind of grudge against Takeda's master James Shiba as seen when James often insults Akisame's mustache. This grudge held to the point of a rivalry of some sorts as the two actually bet their mustache's to be shaved should the losers disciple lose the match. Though Akisame choose to let Shiba go, after seeing Shiba only shave a small amount off, he became enraged and ordered Shigure to "shave all the hair off his body". The one thing Akisame cannot stand is green peppers, as he reacts with an expression of distaste when Kensei threatened to cook only green peppers and beef, and picks out green pepper after green pepper out of Kensei's Qing Jiao Rou, depositing them in Apachai's bowl. He also has a habit of scratching his mustache after he lies. He has no trouble using his friends as guinea pigs to come up with new techniques.

Akisame has repeatedly shown himself a remarkably skilled man. While a specialist in defensive methods of battle, Akisame is an extremely powerful man who should the need come, can easily cause great harm to his opponent. He once accidently dislocated a man's shoulder, claiming it to have been an unwanted habit. The true exent of Akisame's skill is yet to be seen, yet in each confrontation with Yami member Alexander, he has maintained a calm and detached demeanor, able to fight on equal ground with him while splitting his attention or completely overwhelming Alexander once getting serious. using his ki Akisame can flip an opponent without actually touching them. 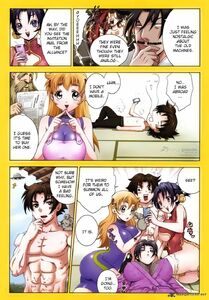 Add a photo to this gallery
Retrieved from "https://hero.fandom.com/wiki/Akisame_K%C5%8Detsuji?oldid=1815641"
Community content is available under CC-BY-SA unless otherwise noted.