He was voiced by Tatsuya Nakazaki in the Japanese version and Jerry Jewell, who also voices Kyo Sohma from Fruits Basket series in the English version.

He is troublemaker who is causing chaos in Sana's sixth grade class. He is the sullen boy of few words, he is physically strong, and has a powerful karate chop. He is disrespectful towards most adults in general, but upon meeting Sana's formidable mother, he speaks to her with deference. Akito gets good grades despite being a troublemaker.

His mother died when giving birth to him, which leads to his older sister Natsumi resenting him, frequently becoming angry with Akito and calling him "devil boy." In addition, Akito has a distant relationship with his father, who works long hours. As a result, Akito is not home often and usually eats junk food for dinner.

Akito is living separately from Sana as Sana's manager, Rei, asked a detective to investigate him to see if he cheated on Sana. From Sana's memories, it was shown that he threatened to leave her if she went through with the pregnancy. Later on, with the admission of Sana and the detective's own powers, she came to understand that Akito is scared about the risks of a premature birth due to his past and doesn't want to lose Sana. They are reunited when Sana goes into labor. 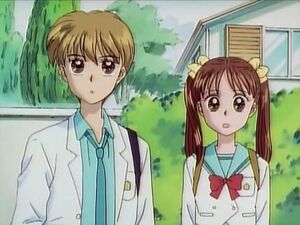 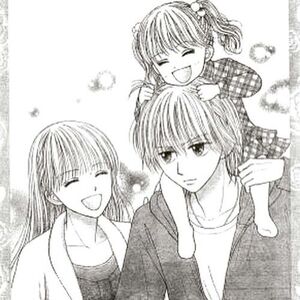