Ako Shirabe is one of the main heroine of Suite Pretty Cure♪. She is the Princess of Major Land, but has come to the human world to escape the Major Land/Minor Land war at home. She around 9 or 10 years old, a student of the Public Kanon Elementery School and Souta Minamino's classmate. In order to save her father Mephisto, whose heart had been tainted with evil, she disguised herself as the Masked Cure. She finally took off her mask in Episode 35 to try to win back her father's gentle heart, and fights alongside Cures Melody, Rhythm and Beat at last. Ako may be the youngest Cure in the group, but she is the most mature.

She is voiced by Rumi Ōkubo who also voiced Emilia Gudenburg in Hundred.

Ako has short orange hair and orange eyes and wears glasses, a long-sleeved pink shirt, light purple overall shorts, pink socks, and white and light blue sport shoes. In summer, her outfit is still the same, except she replace her long-sleeved pink shirt with a short-sleeved one. She is the friend of Kanade's brother Souta Minamino and is often seen with him. As the Masked form of Cure Muse she appears to be much older and taller than she really is and wears an all black costume. In the true form of Cure Muse she appears as her normal age, hair color and wears a yellow dress costume and has longer hair.

When she first appeared, she was cold and highly disrespectful to her elders (Hibiki and Kanade). Despite that, she actually was a sweet girl when she was a Princess. She hates her parents fight each other and wanted to stop. 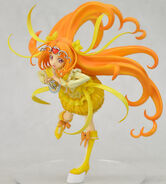 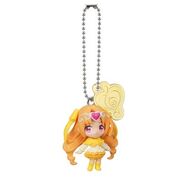 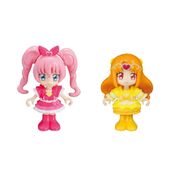 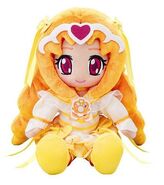 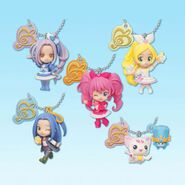 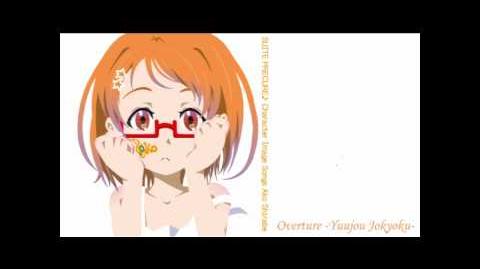