Heroes Wiki
Register
Don't have an account?
Sign In
Advertisement
in: The King of Fighters Heroes, Male, Leaders,
and 52 more

The Devil of Daybreak

Protect the Sons of Fate and South Town.

Alba Meira is one of the main protagonists in the KOF: Maximum Impact series. He is Soiree Meira's older twin brother and the ruler of South Town.

In the Japanese versions, he was voiced by Yuki Sato, who also voiced Motoki Furuhata from Sailor Moon.

Their parents were died in an accident, Alba and his younger brother Soiree were orphaned at the age of three. At the age of 14, they fled the orphanage and were accepted by the South Town's criminal underworld leader Fate, who succeeded Geese Howard after his death. Fate told them that they can play a role in the future of South Town. Unfortunately, because South Town is the nest of several other criminal lords, Geese's death battle broke out in their ranks to determine who will succeed Geese, and Fate was eventually assassinated by Mephistopheles leader Duke, using Lien Neville as agent.

Alba began to find the mentor's killer and entered the Duke tournament. He defeated Duke, but he disappeared. Alba and his brothers became leaders of South Town, but they all heard the mysterious events in the town. He met Luise Meyrink, who revealed that he was part of the prophecy, but when Alba asked her, he had no choice but to argue with her. She then disappeared, and Alba met Kusiel's leader, Jivatma, are the remnant of Mephistopheles, a subgroup of a new evil evil organization called Addes.

Jivatma confirmed Luise's statement, calling Alba "Judeim" and revealing that Alba was necessary for ancient prophecy. Alba fought with him, but after defeating Jivatma, there was a black-haired silhouette of white hair and a collapsed vision. When he woke up, he realized that Luise saved him, and she revealed that Soiree had been taken away by Addes. Luise decided to disclose everything to Alba.

The King of Fighters: Another Day

In the OVA "Another Day", Alba and his personnel managed to evacuate the South City because the city was covered by fire. Alba tried to find the roots of the riots, but he met Kyo who fought. 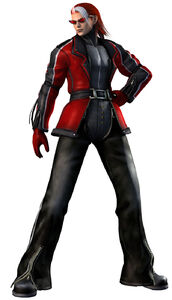 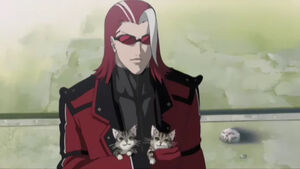 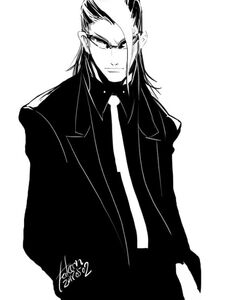