Gankutsuou: the Count of Monte Cristo

Hanging out with friends.

Find his true feelings for Eugenie.

Survive the Count's revenge (both succeeded).

Albert de Morcerf is the main protagonist of the anime series Gankutsuou: The Count of Monte Cristo. He is the Viscount of Paris, the son of General Fernard de Morcerf and Mercedes. He aids the Count in the latter's revenge on those who wronged him in the past, but eventually turns on him when realizing how bad it is.

Albert first meets the Count of Monte Cristo during a visit to Lune with his childhood friend, Baron Franz d'Epinay. After the Count rescues him from a gang of kidnappers, Albert introduces him to Paris' high society, including his family. Coincidentally, all those people that Albert introduces the Count to are the same people that wronged the latter in the past, back when he was still Edmond Dantes. He manipulates Albert into helping him to exact his revenge on them, and even Albert's kidnapping was orchestrated by him to ingratiate himself with Parisian society. It's later revealed that the Count is being aided by the demonic entity Gankutsuou, who helped him to escape prison in exchange of possessing his body.

After the Count ruins Fernard's name, Albert challenges him in a duel for his family's honor, but Franz takes his place and is killed in the process, although not before inflicting a fatal wound to the Count, and it's only thanks to Gankutsuou that he is still alive. Upon learning about his father's true intention of taking over the Earth government and waging a war with the Eastern Empire, Albert and Mercedes try to reason with him, but he injures them and confronts the Count, eventually holding Haydée hostage. By then, Gankutsuou takes over the Count's body completely and tries to kill Albert, but Albert manages to exorcise the demon from the Count's body, which leads to the Count's demise. Before vanishing, Gankutsuou summons a black hole to ravage the Count's garden, but everyone except Fernard escapes alive. Five years later, Albert reunites with his love interest Eugenie.

Albert has tan skin and a mole under his left eye. He also has very dark brown hair like his mother. Height-wise, he is about the same height as his friend Franz.

Albert de Morcerf is notoriously naive, constantly believing that the Count is a good man until enough evidence begins to pile up. Albert de Morcerf is willing to put his life on the line for the sake of protecting his friends. Occasionally, he has been shown to be rather tough to deal with, such as whenever Franz d'Epinay tried to tell Albert how dangerous the Count was. His persistence is also worth mentioning, as it has managed to get him in and out of trouble throughout the series. He later falls in love with his fiancee, Eugenie Danglars, as the series progresses.

Albert is quite skilled at fencing, as shown when he fights his friend Maximillien Morell, who he loses to despite putting up a marvelous fight. 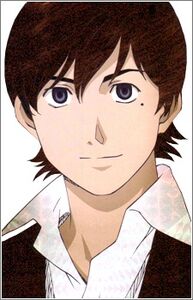 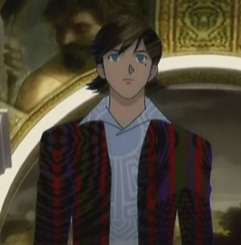 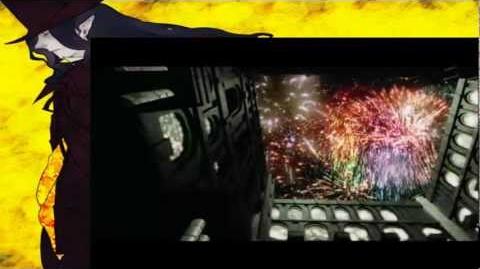