Alex Russo is a teenage female wizard and the main protagonist and anti-heroine in the Disney Channel original series Wizards of Waverly Place. Mostly in the series, she is labeled as the anti-hero of the show.

She is portrayed by Selena Gomez, who also voiced Mavis Dracula. 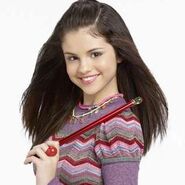 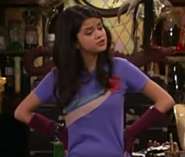 Add a photo to this gallery
Retrieved from "https://hero.fandom.com/wiki/Alex_Russo?oldid=1267400"
Community content is available under CC-BY-SA unless otherwise noted.