He was portrayed by the late Michael Gough.

Alfred Pennyworth had served the Waynes ever since Bruce was a child. After Bruce's parents are murdered, Alfred raises him who becomes like a father figure to him. He supports Bruce's decision to become Batman and has helped him in his war on crime. When the Joker terrorizes Gotham, Alfred helped Bruce identify the deadly toxins in the Jokers household products. When Vicki Vale enters Bruce's life, he feels conflicted about telling her about his double life as Batman - a conflict Alfred solves for him by letting her into the Batcave. 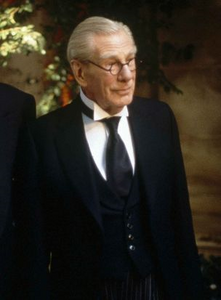 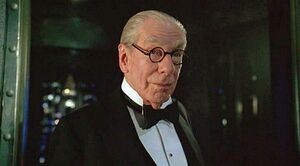 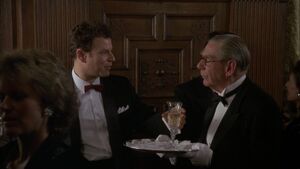 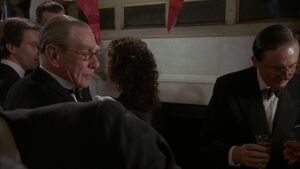 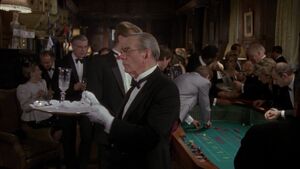 Alfred carrying an empty wine glass on a tray. 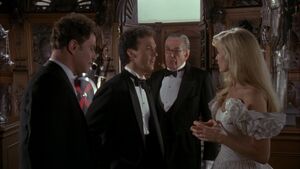 Alfred approaching Bruce as he speaks to Vicki Vale and Alexander Knox. 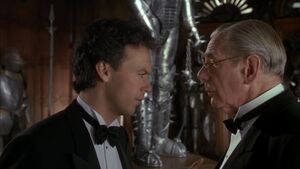 Alfred informing Bruce that Commissioner Gordon had suddenly left the party in a hurry.