Playing with his yoyo and made action

To protect Cyberaya from danger.

Kid, Protector of Innocence
Ali is the titular main protagonist of Ejen Ali. He is a 12 year old boy who at first had a normal life but was then accidentally recruited into M.A.T.A., a secret agency that protects the fictional Malaysian city of Cyberaya from danger.

Ali is the main character of the series and is an agent under M.A.T.A.. At first, Ali was a kid who had a normal life; he attended primary school, has homework, faces Puan Munah, a fierce teacher, and struggles in Mathematics. He is also a victim of bullying, as noted in his encounters with Shaun and Syed. His fate was then changed when he accidentally discovers a very special and one-of-a-kind prototype device called I.R.I.S (Infinity Retinal Intelligence System) when he stopped by a local food stall on the way to school and ordered Tempoyak Udang, which the food stall hawker mistakes as a password for one of his shady clients and gives the I.R.I.S to Ali by mistake. Ali was then hunted down by Dos and Trez who wanted to obtain I.R.I.S, but Ali successfully activated the I.R.I.S. by accident. Because of I.R.I.S, Ali was forced to become an agent under M.A.T.A as the agency searches for a way to seperate the I.R.I.S. from Ali. Agent Bakar takes his role as Ali's mentor to teach him about being an agent under General Rama's command.

About the name Ali: according to Harian Metro, it is based on the common word found in almost all textbooks. The reason is because it is a simple name.

Ali has fair skin, black eyes and black hair. His hair is a little shaggy on the right. As an agent, his hair is spiked up to the left, initially styled by Uncle Bakar to complete Ali's secret agent identity. Ali is also short for his age, him being just 130 cm tall. Both General Rama and Alicia have pointed out Ali's weak physique, which is especially evident during his agent training.

SCHOOL UNIFORM: Just like any other school uniform in Malaysia, Ali wears a white, short-sleeved shirt, white shoes and blue pants. He also wears a red tie with a futuristic pattern.

AGENT UNIFORM: As an agent, he wears a pair of special glasses called I.R.I.S. (Infinity Retinal Intelligence System) which he had accidentally activated and can now only be used by him. He also wears a red agent suit with a black and blue pattern and a tiny yellow square. It also has black sleeves and comes with red and grey gloves. Ali's suit, courtesy of Jenny, is equipped with a communicator, body sensors and homing technology, so that M.A.T.A. is able to track him wherever he is and monitor his well-being through his suit. Ali also sports his red Aero Boots.

Ali is known to be clumsy and prone to being punished, and possesses an intense loathing towards Alicia. Despite his laziness and undisciplined attitude throughout the series, Ali makes up for it with determination and bravery. At the end of the first season, however, he has made efforts to arrive early for school and to improve in his studiess. However, his impulsiveness often leads to failed missions, and he doesn't do well in following instructions. Whenever there are those in trouble, Ali doesn't think twice about rushing in to help, a trait that he inherited from his mother. He doesn't seem to be very popular in school, having less-than-average grades and few friends, including Viktor. Like any other 12-year-old, Ali craves popularity, as seen in MISSION: SENSATIONAL, when he uses his agent identity to gain fame as Cyberaya's superhero, dubbed as 'Cyberwira'.

Despite being distant from his busy father, Ali has a soft spot for family, as seen in MISSION: RISE, when he defies General Rama's orders to stay out of the mission to rescue his father, who had been taken captive by Dr. Aaron; and in MISSION: OVERRIDE, when Ali uses I.R.I.S. on a whole new level to defeat Uno after his workers had beaten up Bakar to the point of unconsciousness. 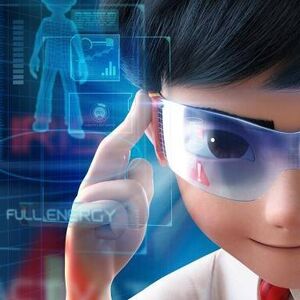 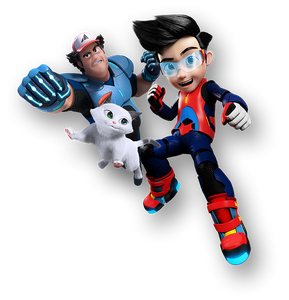