Alibaba Saluja is one of the two main protagonists (alongside Aladdin) of the anime/manga series, Magi. He is the 3rd Prince of Balbadd, who was working as a cart driver when he first met Aladdin. He is a Dungeon Capturer, capturing one Dungeon, the owner of the Djinn, Amon and Aladdin's King Candidate.

Alibaba is an average sized boy with blonde hair and gold eyes. He has a short and thick ahoge. He usually wears an traditional Arabian outfit with a sash around his waist to hold his knife. He has an small red rope he wears around his neck at all times. 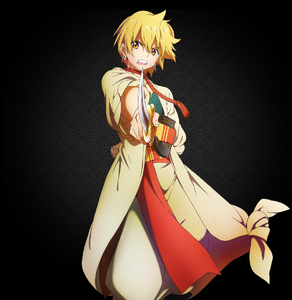 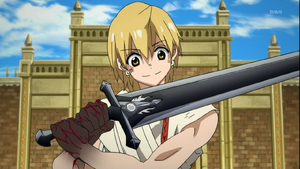 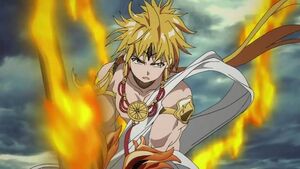 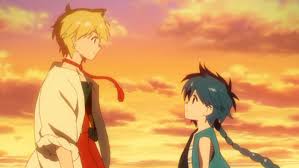 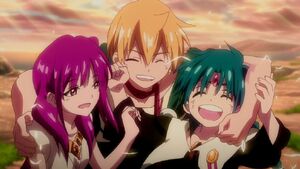 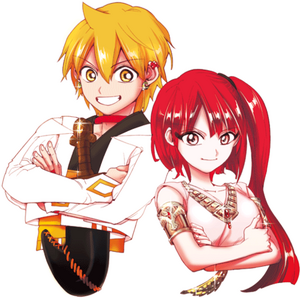 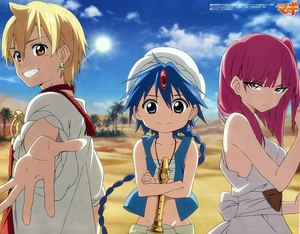 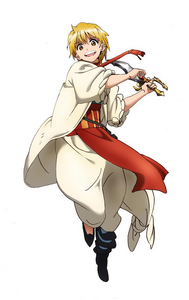 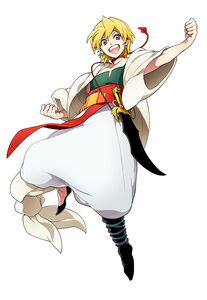 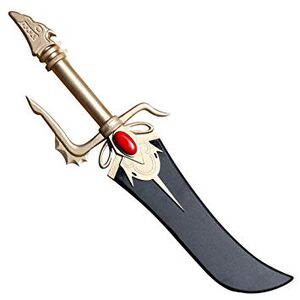 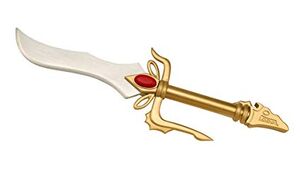 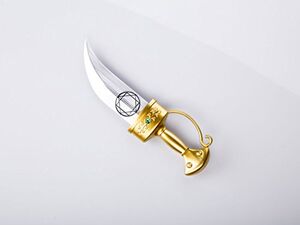 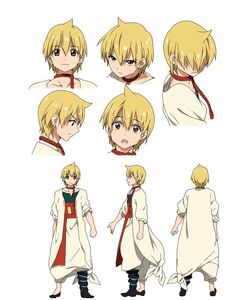 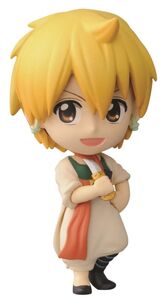