Transformation between her human and Chain forms

Eating any kinds of Meats.

To find her lost memories.

Levi (father, deceased)
The Will of the Abyss (twin sister)
Oswald (uncle, deceased)

Alice is the main character of anime, manga series Pandora Hearts. During the Tragedy of Sablier, Alice killed herself in order to stop Jack Vessalius from using both her twin sister and Oz the B-Rabbit to destroy the world.

She is voiced by Ayako Kawasumi.

As a human, Alice has purple eyes and long brown hair and two side plaits with chain pieces at the ends. She wears a red coat with a white diamond design, a black tight skirt and laced-up white, heeled boots. She has the physical appearance of a 12 year old girl. When she is in her released form, she appears as a black rabbit with fangs and red pupils, wielding a giant scythe. In this form she wears the same outfit as her human counterpart, with black pants instead of a skirt. She has shapely legs, which Jun Mochizuki herself said was one of Alice's defining features. Alice is also quite short, and is noted to have chubby cheeks.

Alice first appears as a Chain that who forms an Illegal Contract with Oz in the Abyss.

100 years ago, she still had long dark brown hair with two side plaits without the chain pieces at the ends. Like her mother, Lacie, she wore dark dresses with matching dress shoes. When she wore light-colored dresses her sister, Intention of the Abyss, was in control of her body.

Alice appears to be wild, rough, cold, sometimes reckless, somewhat tomboyish and rude at the start–opposite with her twin sister the Intention of the Abyss, who more light and feminine–, especially to Gilbert. She is hotheaded and loud and says what she thinks without any regard for the consequences. Due to her short temper, she is energetically aggressive with people in general. Despite this, she also has a soft side, especially when she is around Oz. She hates when Oz leaves her alone, but to hide it, she usually mentions that he is her manservant and shouldn't leave her behind.

Alice is also known to be quite arrogant in battle, and she places much confidence in her abilities. During an arm-wrestling competition against a rival almost twice her size who is capable of seriously injuring her, her arrogance almost backfires; luckily, she was which she able to use her powers at the last second because of Gilbert's intervention.

Alice is very convinced of her feelings, and most of her actions reflect the emotions she feels. She is also very perceptive of others' emotions, and tries to cheer them up in her own way. She used to be very abrasive, but she is shown to be kind, honest, and sweet. she still holds true to her independence as well as her personal values and beliefs.

She has a huge appetite and especially loves meat. She often argues with Gilbert and calls him "Seaweed Head." In retaliation, Gilbert calls her "Stupid Rabbit." However, they seem to be better friends and seem to be on much better terms now than 100 years ago. In episode 22, when the story centers on Alice and the Intention, it is shown that how interestingly Alice's personality has changed in many times, when Alice still as a human. When Alice's body is taken over by the Intention of the Abyss, she is gentle, timid, and has feelings for Jack; like Lacie with Jack in the past. When Alice is herself, she prefers Glen (Oswald) to Jack and rather antagonistic to Jack. However, almost the whole of Alice's personality is totally opposite with the Intention of the Abyss; especially when it comes to Jack and Oswald. Along in the series, it's shown bizarre relationships between Alice and the Intention of the Abyss as a twins. Both sisters care deeply about each other, but at first it seems they hate each other and neither of them possessed their memories at the time. Also their same possessing towards Oz. However, later it was revealed that the Intention wished to Break to save Alice, seeing the Intention's caring about Alice; and thus showing to us that actually The Intention never hated Alice and instead continues to care Alice so much, beside their mirrorred dark-white personality.

All of all, because Oswald's great influence of Alice, it's also inspired Alice to behave like him, made Alice's tomboyish mannerism along the series which easily shown with her boyish speaking ways. And although Alice and her twin sister mirrorred dark-white personality, in many occasions, we can look carefully some of similar style of this twins during their fierce conversation with someone and both of them express their fierce towards each of their interlocutor. As shown in Episode 22, when Alice laughing crazily towards Rufus' illusion and The Intention mocking at Kevin about death of Sinclair Family. Out of her rough and wild persona, Alice shown to has enough politeness for girl especially seen when she is eating, as shown when she offers Oz a lunch in Episode 05. Like other character in the series, Alice also like a drinking tea at tea time with others (mostly Oz, Gil, Break and Sharon). Furthermore in anime, she seems like all kinds of food beside meat; as anime episode also shown she eating cakes. At a certain moment, she is also shows to like dancing as The Intention, but with her own style. Still like The Intention and following their mother, Alice has own way to shows her 'princess-like style' and interest aura which she inherits together with The Intention from their mother (Lacie); as shown when Alice reveals herself as 'Black Alice' to Jack when she still as a Baskerville Clan member. 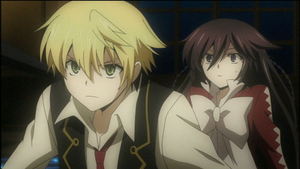 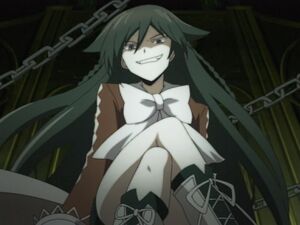 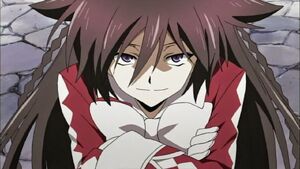 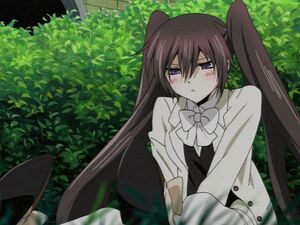 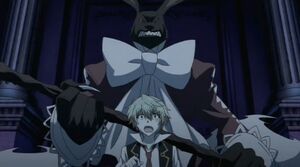 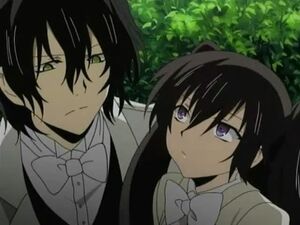 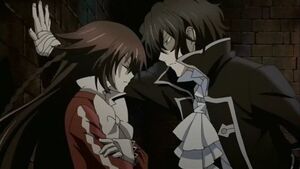 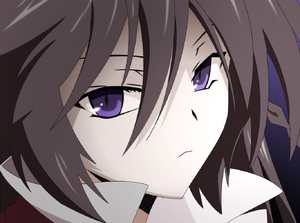 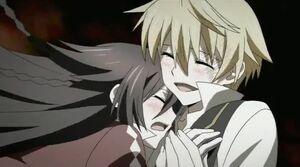 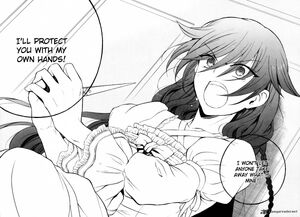 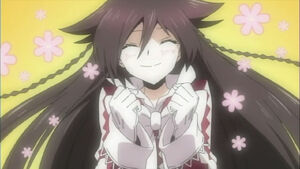 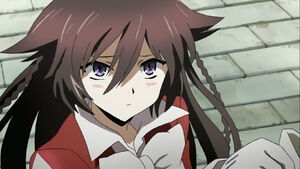 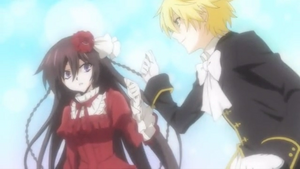 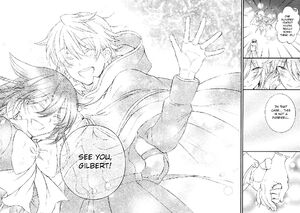 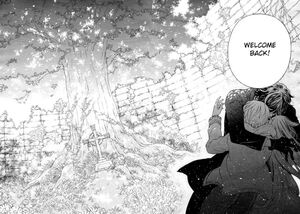 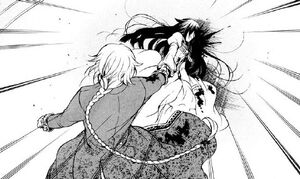 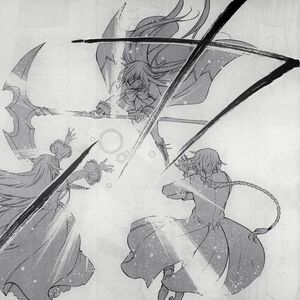