Nurse in training (Days of Memories)

Help Terry and his friends.

Alice Garnet Nakata is one of the heroes from Fatal Fury series.

At the pachislots, she is a fan who often cheers for Terry and his friends. The fourth Fatal Fury pachislot makes her Days of Memories name canon; her Japanese name comes from her grandfather who is a sansei.

In the Day of Memories, Alice is a nurse who participates in the protagonist training. Alice is born in half Japanese and American descent. Before she decided to pursue her career, she was long lived her summer and winter in the America and spent her springs and waterfalls in Japan.

Her sunny attitude and pleasant energy make everyone nervous. While she is not the best job, often inadvertently hurts her patients during her treatments, and she is secretly fears that she'll be fired for her incompetence. Due to the conspiracy created by Magaki, she'll experience the same dreams as the protagonist.

However, Alice joined the KOFXIV tournament to prove her new discovery of Terry.

Alice is a cheerful young girl who is adores and admires Terry, but she is always supportive of her idol. Once she has trained herself to fight, she emulates him and hopes to gain his approval. 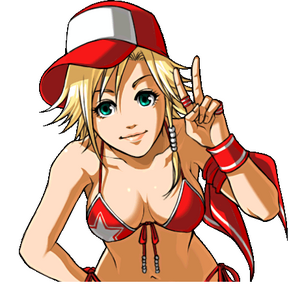 Alice in Garou Densetsu The Legend of Wild Wolf. 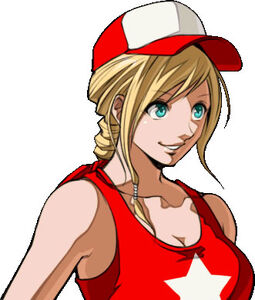 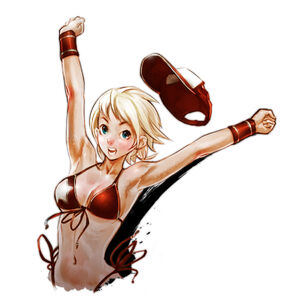 Alice in The King of Fighters XIV. 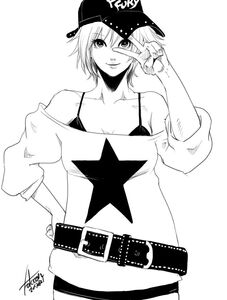 Retrieved from "https://hero.fandom.com/wiki/Alice_Garnet_Nakata?oldid=1756306"
Community content is available under CC-BY-SA unless otherwise noted.