The Magician of Makai (Self-declared Title)

Alice Margatroid is a heroic female youkai from Touhou who is known primarily for her skillful manipulation of many miniature dolls, most notably Shanghai and Hourai. One of a few known people to live in the Forest of Magic, she's a skillful magician who is also known for being a loner. She gets in many fights with Marisa Kirisame but nevertheless the two of them are acquaintances, sharing many of the same interests and even teaming up during Imperishable Night and Subterranean Animism as well as such non-canon titles as MegaMari. Alice always holds back even if it means losing due to the fact that she, unlike Marisa, is much more interested in strategy and hates having to win a fight from sheer overwhelming power.

Alice has short blonde hair, orange (or blue or green depending on game appearance) eyes, and carries a black book and is accompanied by a small red-clothed doll. She wears black boots and a light blue dress with white sleeves, a white capelet, pink ribbons and a red ribbon in her hair.

She has a residence in the Forest of Magic. According to Perfect Memento in Strict Sense, maybe since she was originally a human, even as a youkai, she has high understanding and friendship level to humans and presents a low danger level, and if someone gets lost in the forest, she also gladly gives shelter upon arriving at her house. However, Alice's house is covered all over with dolls, and since she is not very eager for conversation, it seems like she immediately flees when there is something eerie. In chapters 5-6 of Strange and Bright Nature Deity, the Three Fairies of Light accidentally arrived at her house, and Alice was hospitable to them.

According to Perfect Memento in Strict Sense, she does not perform the usual act of attacking humans, but she unexpectedly likes fights and upon challenged to battle, she gladly accepts. As she manipulates a great number of combat dolls, the fight is compelled to be highly outnumbered, making a difficult battle inevitable, but since she has her hands full with manipulating the dolls, that is her weakness.

She does not find it enjoyable to win battles with overwhelming power, so she usually fights with power that is a little more than that of the opponent. Also, since it would be the end of the ropes if she was defeated while putting forth her true power, she does not give it her all in fights, which is similar in personality to Reimu Hakurei.

In the character settings text for Imperishable Night, it was written that she was an indoors type who was often alone, but in Perfect Memento in Strict Sense, the range of her place of activities is set to "any kind of place" in Gensokyo, and she also appeared in front of people in times of festivals to exhibit her skill with dolls. In each ending of Imperishable Night and Immaterial and Missing Power, she participated in banquets at the Hakurei Shrine. She also said things that hinted that she sometimes visits the library of the Scarlet Devil Mansion. According to ZUN's comments in the Music Room of Perfect Cherry Blossom, Alice is a little special as a character of the Touhou Series, and because of that, he composed her theme with renewed vigor. 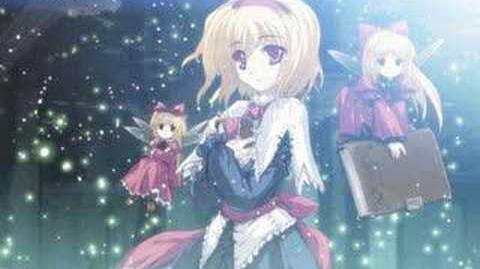 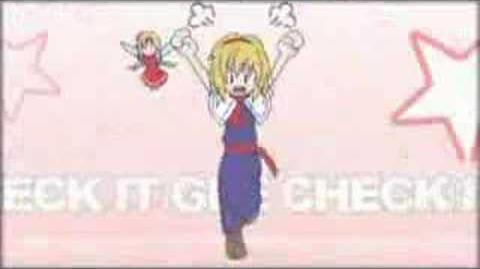 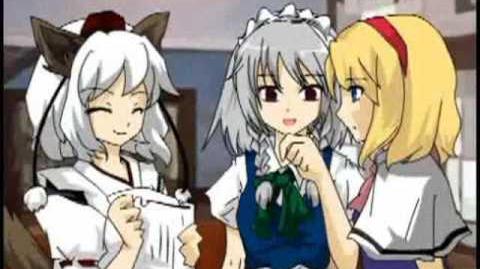