Alice Peperoncino is a supporting character from the anime and manga season 3 of Kiratto Pri☆Chan. She was traveling around when she grow up at the circus land over the world. She also is the part-time worker of Pri☆Chan Land. Her natural-type idol brand is Fun Fun Trunk.

She was voiced by Ai Fairouz.

Alice is an idol and young girl had a long curly light blonde hair with the flame shoulder and red eyes. Her hair is stick it out on the thick side-tail it has a splits with two separate curls and two curled strands with on her top. She had yellow fluffy bangs on her eyebrow length loosing on her side of the head. She wears the brown small sunhat as the white flower and green band. She wears a light yellow flower necklace. She wears a white bottom shirt, a light green top and light blue and gold belts. She also wear a short shorts with the two white stripes and a four light yellow on the each side. And she wears a brown shoes with the light yellow on the each side.

Alice was the lighthearted, cheerful and generally optimistic. She also was a carefree, friendly and ditsy. 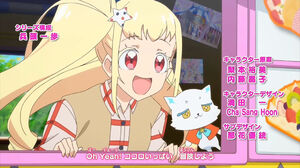 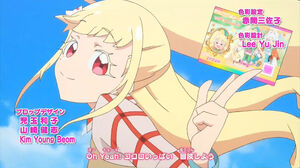 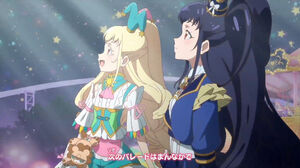 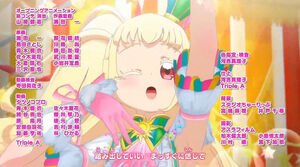 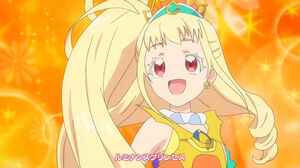 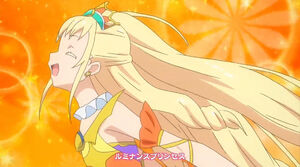 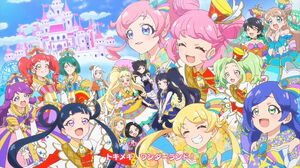 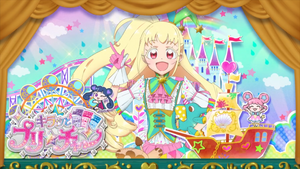 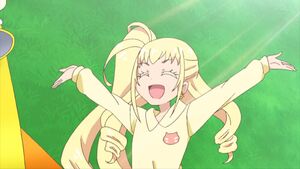 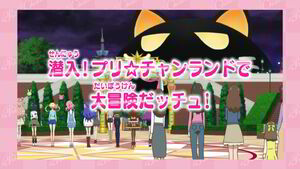