Get revenge on Nica for the murder of her parents (failed).

Nica (for her, falsely)

Alice Pierce is the deuteragonist of Curse of Chucky and a cameo character in Cult Of Chucky. She is a sweet 8-year old cute, adorable little girl, who keeps Chucky as her toy and friend once she finds him at Nica's house.

She was portrayed by Summer H. Howell.

She arrives with her family to comfort her aunt, Nica. When Alice finds Chucky, Nica allowing her to keep it. He reveals himself to her as an adult, this causes him to simply manipulated her to keep his little secret.

Later in the night, she cannot find Chucky and she is made to sleep with him. Chucky hid in a closet, letting her stay in there while he murders the family. By the end of the movie, she is taken to live with her paternal grandmother, and Chucky performs his ritual with her when he begins the chant, he can successfully transfer his soul into her body.

Chucky was able to possess Alice's body and commit many murders. Many people, thinking that she was just a cute and adorable little girl, but one of Chucky's unknown victims fought back, killing her in the process.

Alice is portrayed as a naive and fun-loving person. She takes a lot of liking for playing and helps her family, but she takes too much confidence to feel at herself, causes Chucky is simply able to manipulate her into keeping his little secret. She is very oblivious to the real horrors that Chucky is doing, even professing that her aunt Nica was killing her parents, though it was Chucky. 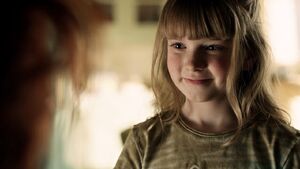 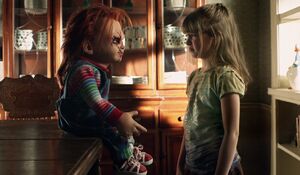