Alice Yotsuba (Clara Yotsuba in the English Dub of Glitter Force Doki Doki) is one of the main heroine in DokiDoki! Pretty Cure. Her Cure form is Cure Rosetta or Glitter Clover.

She is voiced by Mai Fuchigami in the Japanese version, and by Melissa Fahn in the English version.

Alice has dark orange hair which is tied up in two buns with a couple strands let loose and her eyes are just darker orange. Her casual outfit consists of a white lace dress with two yellow streaks, yellow camisole with three dark orange ribbons, dark yellow pantyhose and dark grey slippers.

Cure Rosetta has orange eyes and hair. Her hairstyle is made up of twin tails with large curls at the end. There are large double hair rings on top of her head. Her costume resembles Echo's, with white sleeves like Sunshine's, and a green ribbon with short ends at her stomach. There is an orange heart on her left side. There are feathers and yellow ribbons on her wrists. Her boots end below her knees and are centerlined, with round toetips and yellow ribbons at the top on each side. On her right side, hangs her Lovely Commune.

Alice is the mistress and heiress of Yotsuba Enterprises, an extremely successful business conglomerate. She is gentle and quiet. Due to her upbringing, she is a girl of many talents, from music to sports to cooking. However, she sometimes says or does things which deviate from popular sentiment, shocking her friends.

She attended the same elementary school as Mana and Rikka, however, she now attends a private middle school, Nanatsu Hashi Academy, instead. 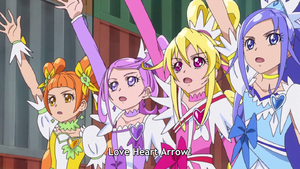 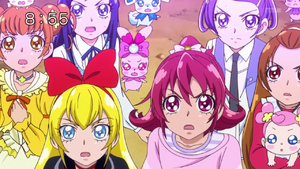 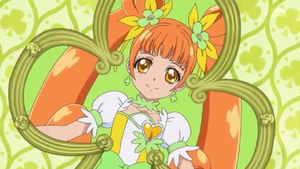 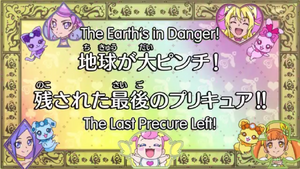 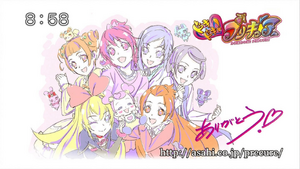 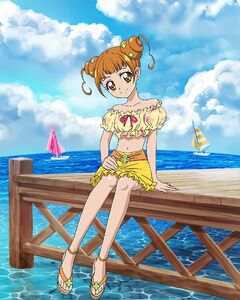 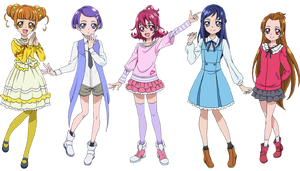 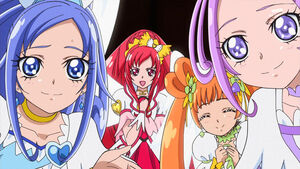 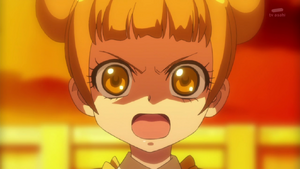 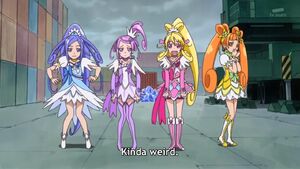 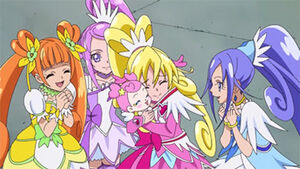 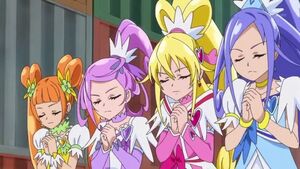 Cure Rosetta and others get their new Loveads 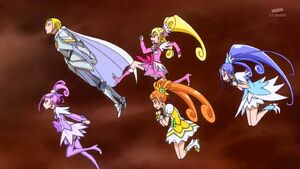 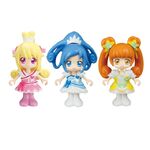 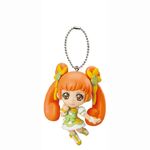 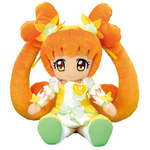 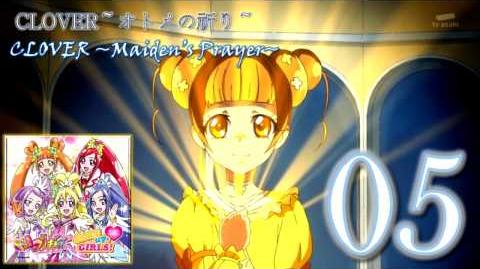