Second-in-command of Squad 7 in the Gallian Militia (formerly), Baker

Liberate Gallia from the Empire, Become a baker (both succeeded)

Sgt. Alicia Melchiott is the deuteragonist and lead heroine of the video game Valkyria Chronicles. She is a 19 year old Squad 7 Scout, who hopes to someday soon become a baker, and Welkin Gunther's second-in-command, and eventual lover. She served as a team captain of the Bruhl Town Watch and joined the Militia after escaping Bruhl.

She is voiced by Marina Inoue in the Japanese version and Colleen O'Shaughnessy in the English version, the former of whom also voices Yoko Littner, Armin Arlert, and Rei Miyamoto.

Alicia is a young woman of average height with long, brown hair tied into two pigtails. She wears a red bandanna on her head, which she says is part of her outfit back at the bakery. She dons the standard militia apparel for female members of the Gallian Militia. In her Valkyrur form, her hair turns white and she emits a radiant blue aura.

When the squad is at the beach while on shore leave, Aiicia wears a white two-piece swimsuit while still having her long, brown hair tied into two pigtails.

Alicia is a smart, understanding and professional soldier. This is shown when she arrests Welkin under suspicion that he may be a spy due to his notebook, but lets him go after learning that he's Isara's (adopted) brother, saying that she was just doing her job but nonetheless apologises and even comes over to make amends the next day. She is a very kind and friendly girl who loves helping and taking care of others, frequently encouraging her friends on the battlefield. She joined the militia solely to protect Gallia from the Empire and hopes that when it's all over, she can look back and say the war was more than just people killing one another. It is these traits that convince Welkin to designate her as the 'mom' in the 'family' of Squad 7.

Alicia is a rather down-to-earth person who often acts as the voice of reason to Welkin's strange traits; like many girls, she dislikes bugs and gets understandably annoyed when Welkin compares her to a rhinoceros beetle, but learns to take it as a very 'Welkin type of compliment'. Nevertheless, she becomes fast friends with Welkin after she saves his life from a small scouting team and he later does the same for her using his father's old tank, the Edelweiss, going so far as to call him her 'hero'.

Alicia loves baking, a love that was born when a travelling baker came and made some fresh bread for the children at the orphanage she grew up in. Alicia was so touched by the delicious warmth of the freshly baked bread that she became inspired to become a baker herself, in order to bake the kind of bread that could bring happiness to all who ate it. After she came of age, she became a live-in apprentice at the bakery. She gives Welkin and Isara some bread as a way of apology for suspecting the former as an Imperial spy and often acts as Squad 7's cook. The reason she still wears her red bandanna is to remind herself to become a baker once the war is over.

As an orphan who never knew her parents, Alicia has become quite accustomed to being alone; she even believes that there are benefits to it, saying that if you've never had a family, you're never at the risk of losing them. Welkin, however, tells her that she should never say such things, since due to her new friends in Squad 7, she isn't alone anymore. Alicia seems to take this to heart, as she later says she felt really happy to hear him say that and thanks him for it.

Throughout the war against the Empire, Alicia shows herself to be consistently caring and compassionate; she requests the burying of the bodies of the soldiers her and her allies kill and is even willing to take care of an injured Imperial soldier, feeling depressed when she couldn't do anything for him. She also willingly takes in Hans, a porcavian winged pig, after the death of his mother and keeps him as her pet. She also bears no ill will whatsoever towards Darcsens, becoming close friends with both Isara and Zaka and being utterly horrified by the Darcsens' treatment in Fouzen, particularly forcing them to go into a house simply to burn it, wondering what the Empire could possibly gain from doing so.

Alicia makes her appearance as an assist partner in Dengeki Bunko Fighting Climax. Also with the series' antagonist, Selvaria Bles.

"Don't even think of dodging."

Alicia in her swimsuit

Alicia as a Valkyria

Alicia and Welkin
Add a photo to this gallery 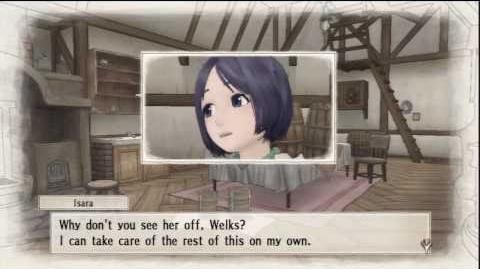 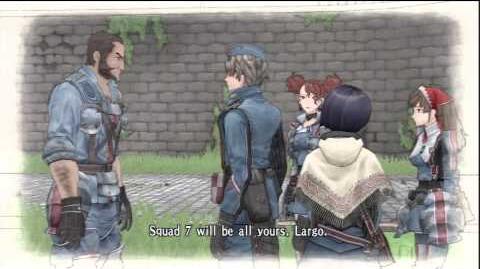 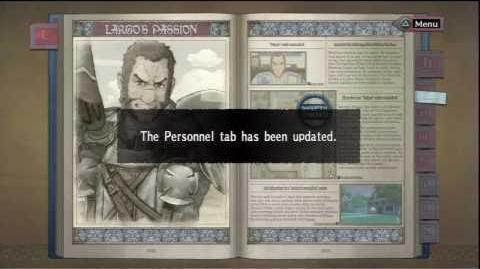 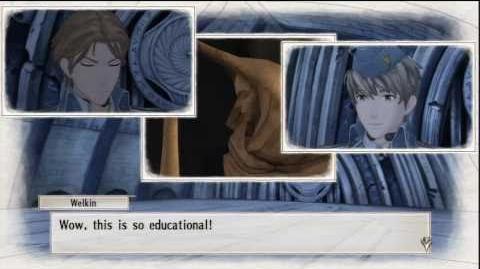 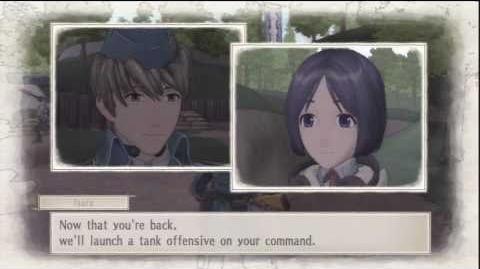 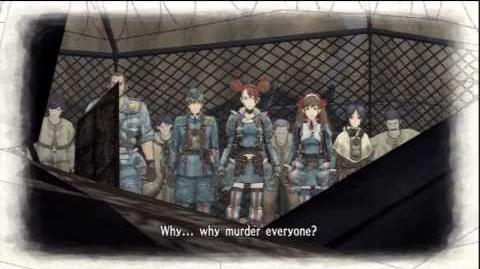 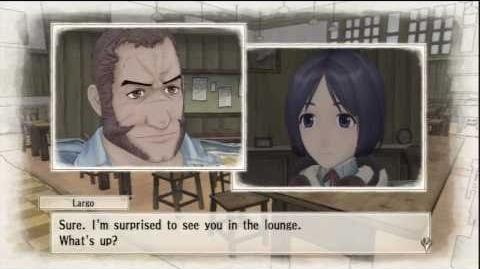 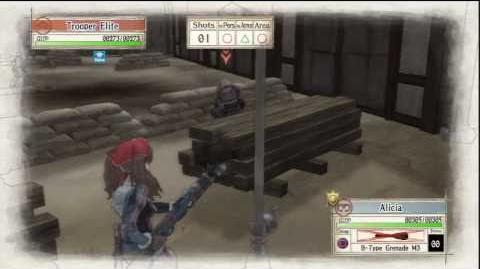 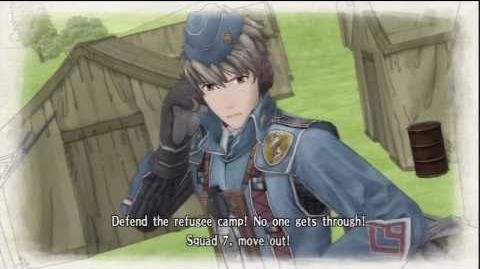 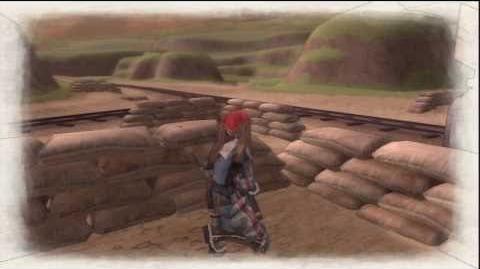 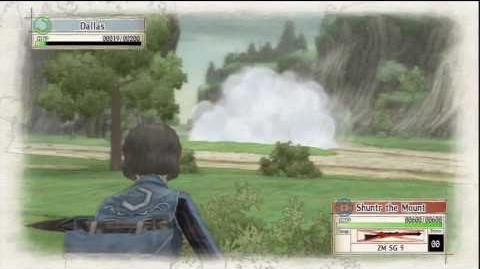 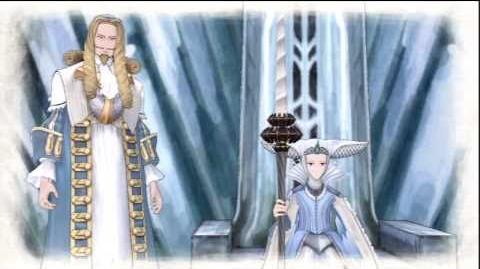 Retrieved from "https://hero.fandom.com/wiki/Alicia_Melchiott?oldid=1519711"
Community content is available under CC-BY-SA unless otherwise noted.