To kill Vector and Grewishka (succeeded).

Alita is the main protagonist of Alita: Battle Angel. She is a friendly cyborg and Battle Angel against Nova's forces.

Alita is portrayed by Rosa Salazar, who also portrays Lynn in The Divergent Series: Insurgent, Brenda in Maze Runner: The Scorch Trials and Maze Runner: The Death Cure, and Ava Perez in CHiPs, and voices Alma Winograd-Diaz in Undone.

Alita was found by Dr. Dyson Ido in scarp, Dyson took her home and made her a new body. Then she woke up in a bedroom, went outside, and met Ido and his partner Nurse Gerhad. Ido gave her the name: Alita, the name of his dead daughter. Alita discovers the city and meets Hugo. They become good friends. Hugo takes her on a ride all over the city. They become good friends after some time.

One night, Ido goes on a hunt, Alita wakes up and follows him. She finds out what he is up to, and she thinks he is murdering friendly robots. She stops him, but she finds out that Ido is a Hunter-Warrior. Then Grewishka appears with two allies Nyssiana and Romo. Alita kills both of them and damages Grewishka's arm. Grewishka runs away.

Finding our the truth

The next day, Alita talks with Ido about what happened, Ido tells her the back story of his daughter. Alita feels bad about it and asks him if she could join the bounty hunters. Ido refuses.

Alita, Hugo, and his friends Tanji and Koyomi go on a trip. There, they find a ship in the water. Alita discovers a Berserker body and brings it home. She asks Ido if she can use the body. Ido refuses.

Alita doesn't care about Ido's refusal. She joins the bounty hunters, Hugo comes with her. She challenges all the bounty hunters for a fight, and if she defeats all of them. they will help her defeat Grewishka. Ido arrives.

Grewishka breaks in, and kills the dog Alita petted. He jumps underground, so Alita might follow him. There, they fight, but Grewishka cuts Alita's body off. Alita still fights and breaks his eye with her right arm. Grewishka is chased away by five angry cyborg dogs.

After the fight underground, Ido puts Alita into the body she found so she might be in the bounty hunters.

Alita and Hugo go on a date, where they talk and kiss.

Alita starts in a battle race, but she doesn't know that she is racing with bounty hunters of Vector. Meanwhile, Hugo calls her and tells her Zapan has killed Tanji and is trying to kill him. Alita kills everyone in the fight and comes to rescue Hugo. She stops Zapan, but then she finds out the truth about Hugo, but refuses to kill him, allowing Zapan to stab Hugo in the stomach. Alita runs into the church with Hugo, but Zapan tells her that if she doesn't kill Hugo, he will. Ido's ex-wife Dr. Chiren helps Alita by cutting off Hugo's head and attaching it to Alita's life support system so he might come back with a robot body. Zapan discovers that Hugo's head is attached to Alita's life support system and tries to force her to give him Hugo's head, but the Centurions register Zapan as violating the Factory Law and the Hunter's Code by stealing Alita's bounty. Alita angrily steals Zapan's sword and uses it to slice off half his face.

Alita breaks into Vector's tower, destroying all of his robots. She breaks in into his room, and is ready to kill Vector for his lies. Grewishka breaks in, but Alita kills him. She tells Vector to be possessed by Nova.

Nova possesses Vector, and talks with Alita. Nova tells Alita that the only way he can enjoy immortality is if he watches people die. With that, Alita stabs Vector in the chest and tells Nova, who is possessing him, that he has underestimated who she is.

Failing to save Hugo

After Vector dies, Ido calls Alita and tells her that Hugo has fled the clinic to climb a factory tube towards Zalem. Alita catches up to Hugo and tells him to return with her. Hugo agrees, but Nova sends a serrated defense ring to shred his body and throw him off the tube. Alita catches Hugo, but is unable to pull him up. Hugo thanks Alita for saving him before falling to his death.

Some months later, Alita starts in the final race. She points the Damascus Sword towards Zalem, where Nova watches her from above. 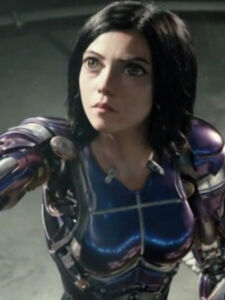 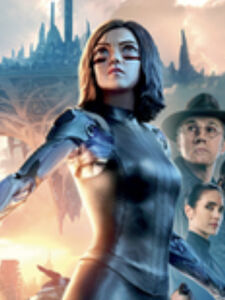 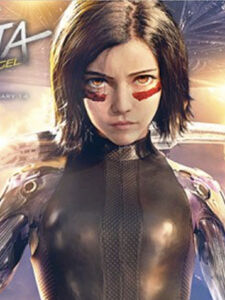 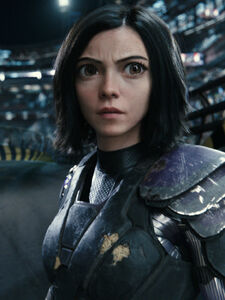