Manipulate Philip to helping getting rid of Maxwell. (succeeded)

Frame Philip for murder in case his plans were interfered.
Kill Maxwell to protect Alyssa. (succeeded)

Allen Hale is the overarching antagonist turned supporting protagonist in the 1998 spin-off video game Clock Tower II: The Struggle Within. He was the biological father of Shannon Lewis and the adoptive father of Alyssa Hale. He was once an outstanding at Memorial Pharmaceuticals Research Lab. However, he was removed from his position when brilliant scientist named George Maxwell showed up. Since then, he becomes jealous and sore revenge against him.

He was voiced by Terry McGovern in the English version, voiced by Tamio Ōki in the Japanese version and voiced by Ginzō Matsuo in the Drama CD.

Allen was married to an unknown woman and had a daughter named Shannon Hale. But after 8 years, he and his wife got a divorced for unknown reasons, leaving Shannon behind with his former wife, who died of an illness a year later.

Allen worked as a scientist at Memorial Pharmaceuticals Research Lab alongside his friend, Philip Tate. He was the top scientist at the lab until a man named George Maxwell appeared, who was a chemistry genius and ousted Allen from his position. Allen felt jealousy from this, conspired with Philip, who he tricked into digging up Maxwell's children from the grave after he buried them alive. However, Allen only managed to save one twin, Lynn Maxwell, who would later named Alyssa Hale, while the other die of suffocation.

He was originally going to use Alyssa to bring down Maxwell, but exacted his revenge by infecting a golden statue with a toxin that would cause anyone who touched the statue to go insane. Allen was afraid about Philip seeing him with Alyssa, so he tricked into taking the statue for him self, attempted to frame Philip of being a victim of the toxin, making it look like he murder his family. He then claims the statue to be contained the secrets of the Maxwell family and their supposed curse, only to be come to life after seventeen years later. Philip feared this, so he hid the statue inside a closet in the den of his house, unaware of the toxin hidden within the statue.

At some point, Allen discovers Alyssa had an alter go, demonic like personality named Bates, who is actually Alyssa's deceased twin brother. Allen finds an amulet from a Mikoshi shrine in Japan and gives it to Alyssa to keep Bates from coming out.

Before Alyssa and Alex Corey arriving at the lab about where Zombies came from, She finds Allen handcuffed to a pipe and locked inside the storage room in the second floor by Maxwell, trapping him behind a tight, rope-bounded door. Alyssa frees her father by using an acquired handcuffs key, Allen tells her to go to Philip's office for safety. Before going in, Alyssa ask him about the incident, but Maxwell makes a sudden arrival prompts Allen to rush his daughter into safety of the office, saying something happened between them and that they are just going to "talk". After Philip also entered the room, the trio presumably had a "conversation".

Later, Bates encounters Allen in the basement, in an office, surprised that Bates figured out about the Maxwell Curse and his involvement, but Allen claims that "it's all over now", which Bates voices uncertainty about it being over. Allen then tells Bates to go downstairs first to see the conclusion.

While Alyssa goes to the basement shrine, she is confronted by Shannon, but was stopped by Allen, who attempts to convince her to kill him instead. Upon hearing this, Shannon realizes Allen cared more about Alyssa and it wasn't her fault. Shannon then takes a pill and starts coughing out blood revealing she committed suicide in front of the two. Allen looks down at his own daughter's body, calling her a foolish girl for what she did. Alyssa asks her father who was she, he tells her that Shannon was his biological daughter.

At the near end of the game, Alyssa finds Allen and Maxwell in the shrine in the lower basement of the lab, seeing Maxwell confronting Allen, who was about to kill him. Allen reveals his true intention to Maxwell, felt jealous of him, his "brilliance" and his wealthy family. He notices Alyssa, telling her true origins as well revealing that he dug her up from the Maxwell grave in order to destroy Maxwell's career because he was jealous of him.

Maxwell turns to Alyssa and attempts to kill her, but Allen shoots him in the back with a pistol. Allen confesses to Alyssa that he used the Golden Statue, infected with bacteria, in an attempt to bring down Maxwell by making him go crazy and silence the Tate family. After the confrontation and telling his adoptive daughter the truth, he collapsing to the floor from his wound from his stomach. As Alyssa attempts to reach her father, Maxwell rises in his final attempt to murder his biological daughter. But Alex arrives and shoots Maxwell, ending him for good. It is presumed that Allen's corpse was destroyed along with Shannon and Maxwell's corpses when the lab exploded in the climax. 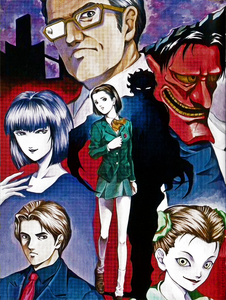 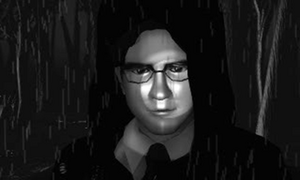 A younger Allen after finding Lynn. 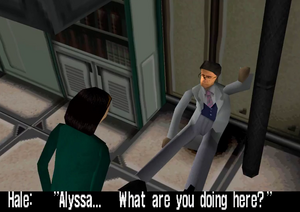 Allen handcuffed to a pipe. 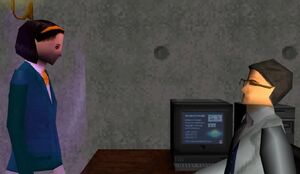 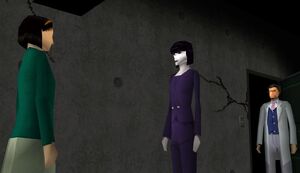 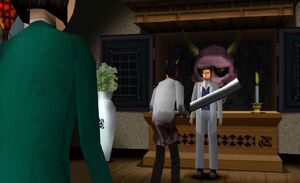 Alyssa finds Allen and Maxwell in the shrine. 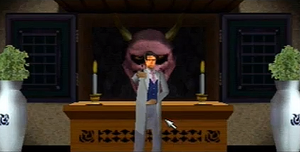 Allen shoots George Maxwell.
Add a photo to this gallery 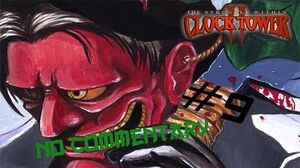 Clock Tower II The Struggle Within -Allen Hale- 9 NO COMMENTARY 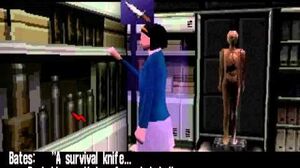 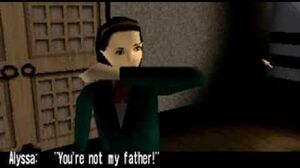 Clock Tower ll The Struggle Within - The Fathers- Final Part- Ending A The Truth
Add a photo to this gallery
Retrieved from "https://hero.fandom.com/wiki/Allen_Hale?oldid=1897280"
Community content is available under CC-BY-SA unless otherwise noted.