Find the Heart of Innocence, Prevent the Millennium Earl from destroying the world

Allen Walker is the main protagonist of the anime/manga series D.Gray-man. He is a former Exorcist and a member of the European Branch of the Black Order which he is now seen and classified by them as a Noah. He is also currently the current host of the former Noah, Nea Walker. He is the adoptive son of Mana Walker, the elder brother of Nea Walker and Nea is Allen's adoptive uncle. He is also the former apprentice of the Exorcist General, Cross Marian.

Allen is a young man of average height (though Kanda often teases Allen about his height, Kanda himself is a tall individual, so Allen's height is actually common for his age) with a lean, muscular physique, which, over the course of time, has become heavily marred with scars. He has medium-length gray/white hair that has now grown to shoulder-length, silver/gray eyes, and his skin is somewhat pale. Allen has an unusual scar on the left side of his face that starts as a pentagram on his forehead, trails down in a line that severs his eyebrow and mars his eyelid, and hooks slightly at his cheekbone and follows his cheek down close to his chin. It also has an extra line of scar tissue that runs parallel to his lower eyelid. This scar was given to him by Mana Walker, his foster father, after Allen turned him into an Akuma; the scar is also the source of his Pentacle Eye, which allows him to detect Akuma and see the human souls bound to their bodies.

Allen's parasitic type Innocence takes the form of the entirety of his left arm, from his shoulder down. Originally, it was red and quite venous, but after he invoked his Crown Clown for the first time, the skin became much darker and more scale-like, his fingernails turning black and growing out and arrow-shaped markings forming along his shoulder blade. When his arm evolved further, the skin seemed to smooth out more.

Because of his odd hair color and his strange arm, Allen has a tendency to cover his hair with hats and hoods and wear gloves and long-sleeved shirts to keep people from seeing his arm.

Allen's Exorcist uniforms often consist of concealing jackets and gloves, as well as pants and heavy duty boots, though Allen's latest uniform features a shorter jacket and capri-like pants. He always asks for gloves to be included so he can keep his hand hidden, though recently Allen has gotten more comfortable with showing his hand when he is just around his comrades.

As a child, Allen's hair was a more reddish-brown color; his hair turned white when Mana (resurrected as an Akuma) cursed him, leaving a scar on the left side of his face as mentioned in the anime and manga series.

Allen usually portrays himself as a kind, generous, and very polite young man. He tends to be very self-sacrificing, often willing to let his body and emotions take devastating blows for the sake of others; this trait is something that has angered several of his comrades and friends, most noticeably Yu Kanda and Lenalee Lee. Allen also has unassuming and borderline naive traits, despite the troubling life his master and General, Cross Marian, forced him to live. Because of his Cursed Eye, which allows him to see the human souls bound to Akuma, Allen considers Akuma to be just as important to him as humans, swearing his left arm to saving Akuma and his right to saving humans. Kanda believes him to be too idealistic for his own good and doesn't hesitate to tell him this, saying an Exorcist is simply a destroyer and that they'll never be anyone's saviour. Allen, however, argues that they can be both, pushing him to be, as he once put it, "a destroyer that saves".

Over time, Allen's personality has seen a shift; several times, his "dark side", something he developed to survive the gamblers and con-artists Cross sacrificed him to, has shown itself, frequently shocking and scaring those around him. He is an expert at cheating in poker, which is shown for the first time when he brought Tyki Mikk (disguised as a human) and his two friends down to their underwear without any of them noticing what he was up to. He has also begun using less polite speech, something noted by and encouraged by Lenalee and Johnny Gill. The one person who can consistently make Allen break his polite mold is fellow Exorcist Yu Kanda. Their differing views but similar "darknesses", as it is described by Noise Marie, lead to them conflicting and arguing almost constantly, sometimes over menial issues. He also has a strong hatred for the Millennium Earl due to their history.

As a child, Allen was abandoned from his family because of his 'abnormal' left arm. He was taken in by Mana Walker, a retired circus clown. One day while in town, a carriage lost control and hit Mana, killing him. Mana's last words to Allen the first time were 'Keep walking, you must keep walking'. Mana was buried on top of a hill and Allen became very sad, summoning 'The Creator' or 'The Millennium Earl'. Allen made the deal to bring Mana back, and Mana yelled at Allen and the mechanical arms went down on Allen, causing the scar on his left side of his face. Mana yelled again, 'I curse you Allen Walker!' before Allen's arm activated, without his consent, and acted like it had a mind of its own, before killing Mana a second time. Allen's hair turned white by the curse and his left eye developed abilities as the scar healed. Allen never forgot Mana's last words to him before he died, and vowed to keep following the path he chooses no matter what happens to him.

When he was younger, Allen was a rather rough child, having a habit of speaking rudely and being very brash. After he recovered from Mana's death while being nurtured by Cross Marian, he took on Mana's personality traits, becoming much more polite. Cross has expressed that he prefers Allen's 'darkside' because it was closer to how he used to behave. Allen is notably able to maintain his optimism no matter what horrors he goes through, and eases the pain of losing Mana by saying he's always inside his heart.

Allen seems to believe in God's existence but he stated that he doesn't care about that. He cares about the vows he made to Mana his friends and to himself. Despite claiming to be a celibate (one who has no time for or interest in romance), he seems to have developed feelings for Lenalee, and even gave her what may appear as a half-confession before leaving the Order.

Allen is (initially) very loyal to the Black Order due them staring the same goals; to defeat the Millennium Earl and to save the world from destruction, however, upon discovering the order's unspeakable experiments, his loyalty towards the order becomes strained, as he realizes that the higher ups are no different from the earl.

During a fight against the Noah, Allen is imprisoned by the order, who fear the reappearance of Nea. There, he is attacked by Apocryphos, a sentient innocence that tries to assimilate Allen's innocence, the two Noahs Tyki Mikk and Road Kamelot rescue Allen from Apocryphos, making the order believe that he has betrayed them, he initially was returned to the order explain what actually happened in order to convince them of his innocence.

However, after Tyki points out that most members of the Black Order will never see him as anything more than an Noah and after learning from Road that Nea spend his whole life protecting Mana; with the realization that that not all Noahs are evil, Allen officially severs all ties with the order (except with the members of the Black Order who are truly his friends) refuses help from the order and the Noahs.

His Innocence is the Cross, a parasitic type Anti-Akuma Weapon that is centralized in the cross-shaped, stone-like Innocence embedded in the back of Allen's left hand. The Innocence has caused Allen's entire arm to be taken over by Innocence, so his arm from the shoulder down is actually "foreign" tissue that his body symbiotically accepts as part of himself. Originally, Allen's arm was quite veinous and red, but over time its color has darkened and the skin has smoothed out, taking on a slightly more normal appearance.

Crown Clown: After Allen's Cross was nearly destroyed by Tyki Mikk, who crushed it and reduced it to particles, the Innocence particles hung around Allen, keeping him alive by healing a hole in his heart. When it was discovered that Allen's Innocence was still viable, Allen began to work hard to attempt to synchronize, though his initial efforts were all failures. It was only while battling Thread and gaining a new, strengthened resolve that Allen was able to properly reconnect with his Innocence, at which point it evolved. When invoked, Crown Clown acts as a body-armored Innocence, forming a white-hooded cowl and sleeve of Innocence energy which covers his shoulders and right arm, while his left arm and hand become slender and black, clad in armor and razor sharp claws. A masquerade-style mask is always affixed to the cowl, which takes on various configurations and appearances. This transformation also changes Allen's usual hairstyle from flat to a spiky rear. As before, his Innocence possesses a certain degree of sentience, such as when Crown Clown is able to manipulate Allen's entire body like a marionette when incapacitated, or simply assisting in evasive tactics. When not activated, his arm is black and meets with his shoulder in a spiraling pattern that ends with tattoo-like emblem. 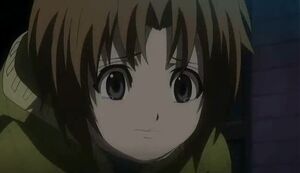 Allen as a child 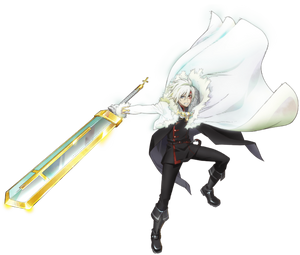 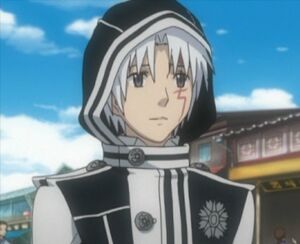 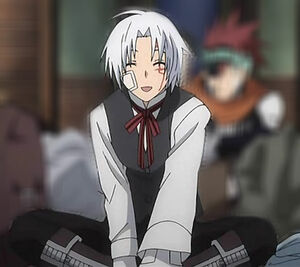 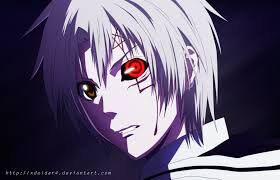 Allen with his Cursed Eye activated 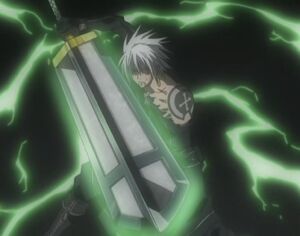 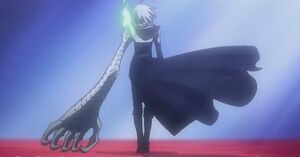 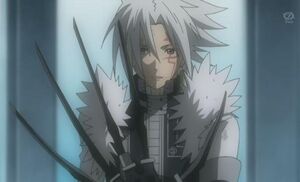 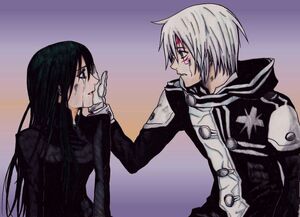 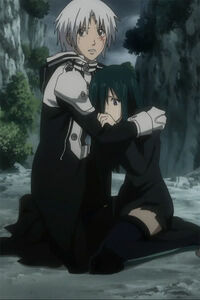 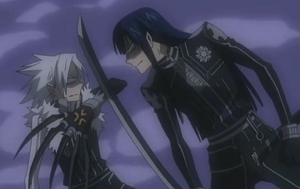 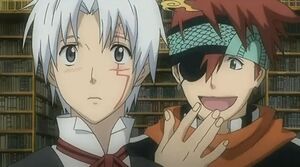 Add a photo to this gallery
Retrieved from "https://hero.fandom.com/wiki/Allen_Walker?oldid=2249953"
Community content is available under CC-BY-SA unless otherwise noted.