Allison Reynolds is the basketcase and the fifth-in-importance character in the 1985 film, The Breakfast Club. She is played by Ally Sheedy.

She did nothing to get Saturday detention, but she went apparently because she had "nothing better to do". Unlike most of the characters at the beginning, she doesn't say much to them, and only makes noises, and observes their dialogue.

Her neglectful parents ignore her all the time. Her first word is "HA". By the end of the film, Claire gives her a makeover, and Allison is seen kissing with Andrew. 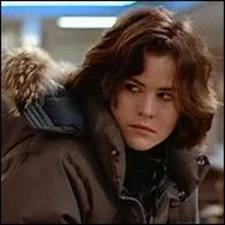 Add a photo to this gallery
Retrieved from "https://hero.fandom.com/wiki/Allison_Reynolds?oldid=1870079"
Community content is available under CC-BY-SA unless otherwise noted.