Allyson Nelson is the deuteragonist of the 2018 horror film, Halloween and will return in the 2021 sequel, Halloween Kills. She is the daughter of Karen and Ray Nelson, and the granddaughter of Laurie Strode.

Allyson is portrayed by Andi Matichak.

In Haddonfield, Allyson walks to school with 2 friends named, Vicky and Dave, and told them the stress that her family endured due to her grandmother Laurie's past. In class, Allyson looks out of the window to see Laurie watching her. She meets with her grandmother who gives her the three thousand dollars from Aaron and Dana and tells her to have fun.

During a family dinner at Karen's house, Laurie arrives and has a panic attack and Allyson comforts her. In a deleted scene, Allyson goes for a morning jog during the day after Michael escapes, and she runs while in slow motion, then passes a construction site approaching a group of people and sees a dead dog hung from a tree. She feels shocked and terrified from this and simply walks off.

In another deleted scene, Allyson and her friends talk about their evening plans at school, and her friend Vicky couldn't go, because of having to babysit Julian. Her friends Vicky and Dave then storm off while she meets up with her boyfriend Cameron and his best friend Oscar. When Oscar gets annoyed with Cameron upset that he likes Allyson more than him, he heads off in search of a date for the dance. With Allyson and her boyfriend Cameron now alone, he gives her an odd present to cheer her up, which is a tiny painted jack-o'-lantern.

Later during the night, Allyson is at a school-sanctioned Halloween party with her boyfriend Cameron and his best friend Oscar, and receives a call from Vicky, inviting her to come over once Julian, the kid she's babysitting, falls asleep. When Allyson catches her boyfriend, Cameron cheating on her, she gets into an arguement with him, but he throws her phone into a bowl of pudding, just as Laurie was calling to warn her to go home. In a deleted scene, Allyson's boyfriend Cameron apologizes to her for breaking her phone and tries to make up for it by either advising her to put it in a bag of rice to repair it or buy her a new one, and the cops show up and tell them both to leave. Her boyfriend Cameron starts mouthing off to the cops, only to be arrested by them, then he tells his best friend Oscar to make sure Allyson gets home safe.

When Oscar walks Allyson home, she rejects his advances and he lags behind, spotting Michael watching him. As Oscar tries to escape, he is caught on a fence and Michael impales him while Allyson is not noticing this yet. Allyson turns back and finds Oscar's body and is chased by Michael before finding refuge in a neighboring home.

While Deputy Hawkins and Dr. Sartain were searching for Michael, they in turn, find Allyson. When they found Michael, Hawkins runs him over with the SUV and gets out of the vehicle to shoot Michael at point-blank range. As Hawkins was about to shoot Michael, despite Dr. Sartain's, he stabs Hawkins in the throat with a blade hidden inside of a pen and kills him before taking Michael's mask and putting it on, frightning Allyson (who is in the back seat of the vehicle). Dr. Sartain loads Michael into the back of the vehicle with Allyson and drives to Laurie's house, intent on reuniting them. Michael regains consciousness and reclaims his mask, and Allyson informs Dr. Sartain that Michael spoke to her; distracted by demanding to know what Michael said, Michael breaks through the security barrier, forces Dr. Sartain out of the vehicle, and stomps on his head as Allyson flees on foot.

During the fight between Laurie and Michael, Allyson arrives and witnesses her grandmother Laurie fall from a balcony. When she investigates, Laurie is gone and Allyson makes her way into the safe room with her mother Karen, who alerts Michael. As Michael appears again, her mother Karen shoots him with a rifle and stuns him. Her grandmother Laurie appears from the shadows and attacks Michael, sending him tumbling down the steps into the safe room. Karen and Allyson leave the safe room, but Michael regains consciousness and grabs Karen's ankle. Allyson stabs Michael with his own knife and the two escape the room. Laurie flips a switch and metal bars spring into place, barricading the exit and trapping Michael in the safe room as it fills with gas. Laurie lights a flare and tosses it through the bars, setting the room, and Michael, ablaze. 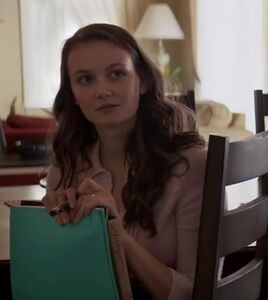 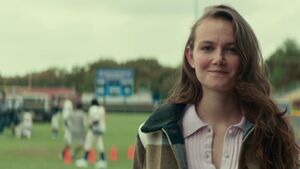 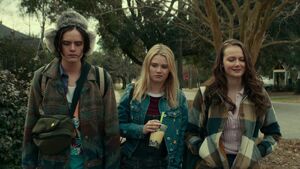 Allyson with Vicky and Dave. 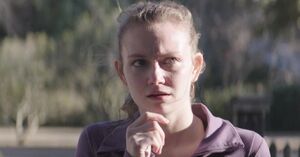 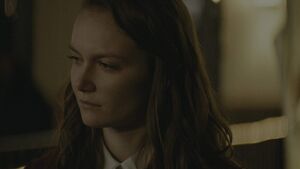 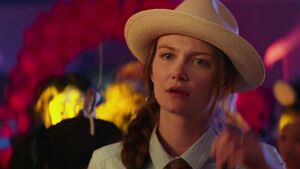 Allyson dressed as Clyde at the party. 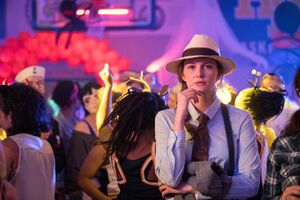 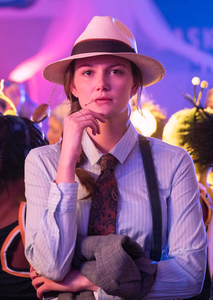 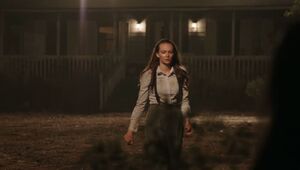 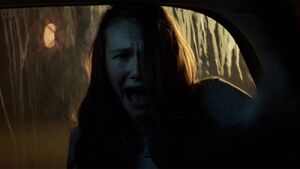 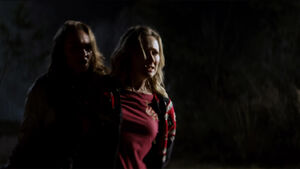 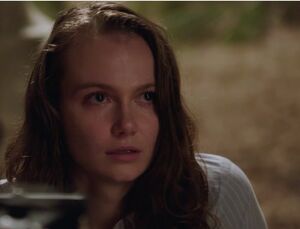 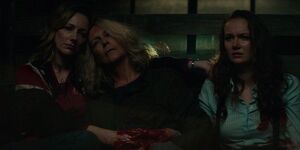