Most powerful of the Royal Knights

Heroic Holy-Knight
Alphamon is one of the Holy Knight-type "Royal Knights", the highest rank of Network Security which is said to have thirteen members. While it is a Holy Knight, it is said that to the Holy Knights it is a being like a deterrent force, and in normal times it doesn't appear, so it is even called the "Aloof Hermit" with a fluttering blue mantle, and is the "Royal Knight" that is assigned to the place called the "Empty Seat". In battle, it possesses the ability for the ultimate force, "Alpha inForce", which instantaneously replays the battle's past, so although Alphamon's attacks are over in just an instant, you can't grasp how many attacks it actually unleashed, and in theory, you can only see the final blow that brought down the opponent. It can deploy a magic circle of Digimoji from its hands, which attacks and defends. Its Special Moves are drawing out a convergence of light that was pierced into the center of a magic array and stabbing it through the opponent (Seiken Gradalpha), and spreading the wings on its back and flying up high, then deploying a magic circle even larger than the sky, with which it summons a legendary monster from another dimension (Digitalize of Soul).

He is voiced by Minami Takayama in the Japanese version.

Alphamon is Dorumon's Mega from, a knight coated in black armor and the leader of the Royal Knights.

When attacked by Omnimon, DoruGreymon digivolves to Alphamon, regaining his memories. He tells Omnimon that he can't forgive Yggdrasill, and thus Omnimon immediately sides with him and takes him to see Yggdrasill. Between the time Alphamon and Omnimon leave Magnamon and the time that they meet DexDorugoramon, he powers up to his Ouryuken form, signified by his wings.

Alphamon Ouryuken is Alphamon when he has wings and the ability to summon the Ultimate-Battle-Blade-OURYUKEN.

After Alphamon powers up to this form, he and Omnimon face DexDorugoramon, whom Alphamon Ouryuken manages to destroy with his Digitalize of Soul attack. They then enter Yggdrasill's inner sanctum to destroy the host computer, but then Dexmon, the reformed DexDorugoramon, appears and a violent battle begins. Alphamon Ouryuken attacks Dexmon—but his body also suffers all damage he inflicts on Dexmon. This causes Alphamon Ouryuken to realize that Dexmon is his "other half", created from the data Yggdrasill removed from Dorugamon's body. Knowing this, he hurls his blade in a boomerang arc and grabs Dexmon as the blade returned, impaling them both. Alphamon Ouryuken transfers his X-Antibody to Omnimon before merging with Dexmon and regressing back to Dorumon. 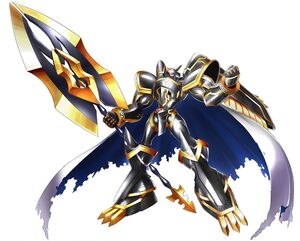 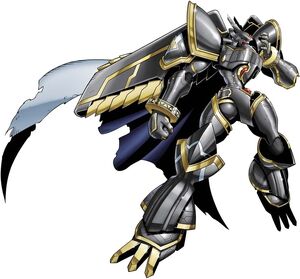 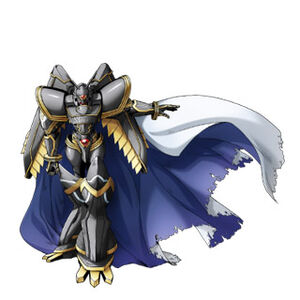 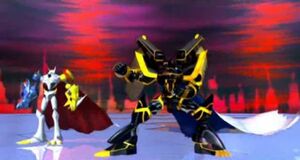 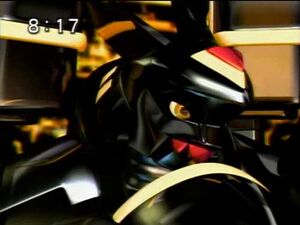 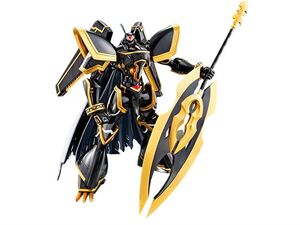 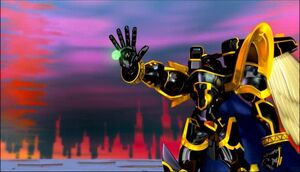 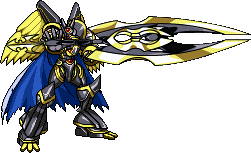 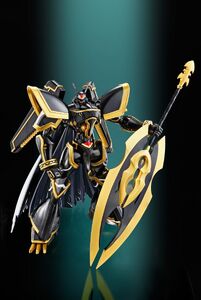