Teleportation
Ability to transform into a bat, wolf or mist

Alucard, also known by his real name Adrian Farenheights Tepes, is a protagonist from Castlevania series, he is the son of the main antagonist, Dracula. As the offspring of an unnatural bond between Dracula and a human woman named Lisa, Adrian had special powers, preordained to be stronger than any human but not potentially as strong as his father especially in the dark arts. After Lisa was killed, mistaken for a witch, Adrian grew up under the influence of his father, whence he was taught in the dark arts and molded into a warrior who would one day fight for the side of evil.

Alucard is an adept swordsman, and typically wields one-handed swords. Alucard's other attacks use dark magic. As a shape shifter, Alucard can change into a bat, a wolf, or even mist.

Alucard appears in Super Smash Bros. Ultimate as a assist trophy and a spirit, a legendary-ranked primary grab-type that increases the user's sword attacks. His spirit battle is against Simon Belmont, who represent Trevor Belmont on Dracula's Castle where Alucard himself is a hostile assist trophy.

Alucard continually dresses in black, in his 1st appearances carrying the standard dress of a lamia at that point, Castlevania: Symphony of the Night (1797) used a additional Romanized and stylish apparel whereas within the installments of the Sorrow heroic tale (Beginning in 2035) he, in his second identity of Genya Arikado, dyes his hair black and wears a black black tie.

Alucard is understood for having a "beautiful" look and herculean strength in addition because the gift of eternal youth, immortality, and the rest you'd like in a very mortal. Alucard is taken into account the representative lamia hybrid as a result of it looks that he combines vampire's traits along with his human aspect (given by his mother), as are often seen in Symphony of the Night. He has vampiric powers like desire and spells, and conjointly possesses human attitudes like consumption, sleeping and, perhaps, being resistant to the daylight.

Alucard, initially look, seems like a cool individual of few words and robust determination. However, he additionally endures nice suffering attributable to his blood curse, a curse to go the planet forever fighting and he suffered deeply thanks to the death of his mother Lisa, by human hands within which created him feel cold and bitterness toward humans. Alucard is hopeless, invariably features a arrange for everything, leaves nothing to likelihood, and can do everything necessary to finish Dracula in spite of the price.

Alucard invariably looks to remain removed from the folks around him, given his vampiric condition. He determined to fully exile himself from the planet underneath a nonstop sleep. He failed to awake from it till Symphony of the Night. It additionally looks that he forges sociability quickly in precarious things, and additionally the help provided as a minor character in Dracula's Curse.

In Symphony of the Night, Alucard feels fully chargeable for addressing Dracula, regardless of the consequences. chatting with Maria, he's indifferent regarding Richter being underneath evil management. Alucard bids a chilly adios to Richter and Maria at the top of Symphony. tho' forges very little human attachment, it's notable in Symphony that once the devil expose as his mother Lisa, Alucard's emotions flaring. Alucard additionally doesn't withhold his feelings to fight all over again against his father, UN agency at the top of the battle quotes some sentences spoken by his mother. 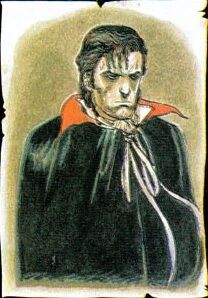 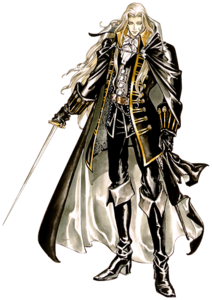 Alucard in Castlevania: Symphony of the Night. 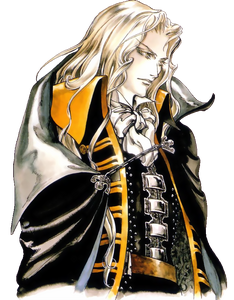 Close Up of Alucard 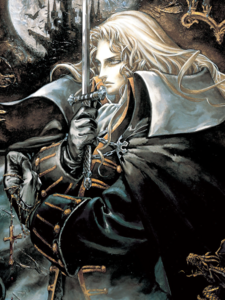 Alucard's Portrait as seen in Castlevania Symphony of the Night. 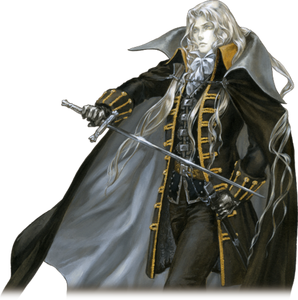 Alucard in Castlevania: Harmony of Despair. 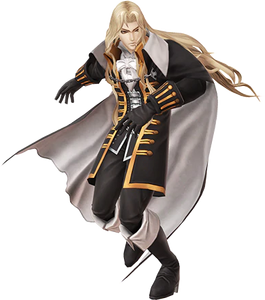 as he appeared in Super Smash Bros Ultimate. 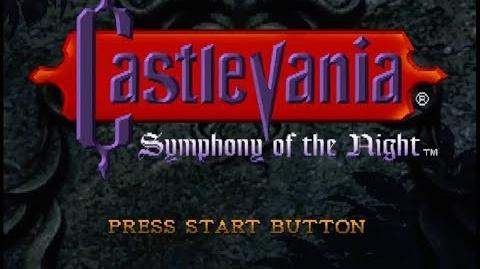