Guardian of the Belmont Hold and Dracula's Castle.

Talking to puppets of Trevor and Sypha.

Defeat his father Dracula to protect the world (succeeded).

He is voiced by James Callis.

The son of the legendary vampire lord Dracula and a human woman named Lisa, Alucard was a well-natured hybrid who sought to snuff out evil regardless of his heritage. To this end, he teamed up with the monster slayer Trevor Belmont and the mage Sypha Belnades in order to kill his own father, who was planning to eradicate humanity after Alucard's mother was wrongfully burned at the stake. His mission was a success, however his new friends continued with their travelling while Adrian was left behind in Dracula's Castle to mourn the loss of his family alone.

After a long period of solitude within his castle, Alucard found new purpose in defending the inhabitants of a nearby human village from Vampire and Night Creature attacks. To keep the villagers safe, Alucard had them take refuge in his castle upon which they were attacked by a particularly large group of Dracula's followers who sought to resurrect him. During the siege, Alucard reunited with his old friends Belmont and Belnades and halted the resurrection. In the aftermath, Alucard formed a new village around his castle and fell in love with the chief of the villagers. 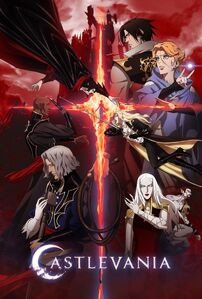 Alucard on the poster for the second season. 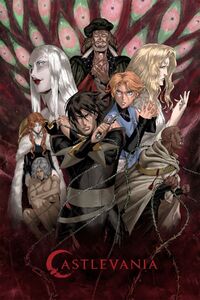 Alucard on the poster for the third season. 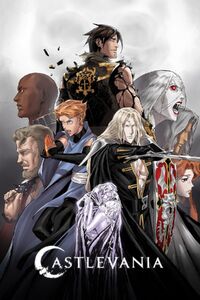 Alucard on the poster for the fourth season. 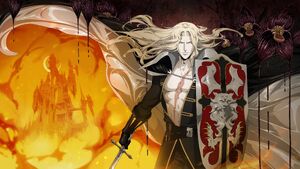 Alucard on a promotional visual for season four.