Protect his family and friends
Protect the Nature Land of The Forest
Defeat Raccoon (succeeded; ongoing)
Reunite the family (succeeded)

Alvin Seville is the titular main protagonist of the live-action Alvin and the Chipmunks franchise.

He is voiced by Justin Long, who also voiced Humphrey from Alpha and Omega.

Alvin is known to be very childish and immature. He is very mischievous and likes to fool around at inappropriate moments.He always drives Dave crazy with his antics to the point that it spurned his catchphrase "AAAAAAALVINNNN!!!!!". However, Alvin can be very serious if he wants to. This was shown in Alvin and the Chipmunks: Chipwrecked where he was very concerned about Jeanette being captured and even said to Dave that there would come a day where he would "needs to disobey him". He is similar to Dave and one reason why they don't get a long.   Despite his stubbornness and bad-boy personality, Alvin genuinely cared for his family and friends and will try to save them when they’re in trouble. An example of this is when he attacks teenagers who were bullying Theodore. He even saved the Chippettes from the abusive Ian Hawkes. While he is a troublemaker, Alvin is not above being regretful over his actions, which is displayed in the 3rd film when he looked down out of regret over what he had done to Dave sometimes and even began believing that he wouldn’t come for them because of how much of a troublemaker he is, until Brittany comforted him.

Alvin is a slender boy Chipmunk with brown fur and hazel brown eyes. He wears a red hoodie with a yellow "A".

Alvin lived in a tree in the forest with his brothers Simon and Theodore. One day, their tree was cut down and they ended in the big city where they stowed away in the bag of Dave Seville and found themselves in his house. Dave finds them and is freaked out that they can talk. He tries to kick them out, but when he finds out they can sing he adopts them as his sons. He teaches them a Christmas chorus and presents them to his boss Ian Hawke, but the Chipmunks are too nervous and cannot perform ruining Dave's moment of glory. However, the Chipmunks later feel guilty and go to Ian's house and sing to him. Ian signs them to Jett Records and dresses in sweaters and The Chipmunks become an internet sensation. However, Ian wants The Chipmunks to himself and tricks them into believing that Dave doesn't love him and is only using them for their fame. The Chipmunks believe him and leave Dave for Ian. Ian starts badly abusing The Chipmunks by feeding a hyperactive energy boost and switching Simon's glasses with that similar to his. When Dave comes to The Chipmunk's latest concert to get them back, The Chipmunks realize that Ian lied to them and try to return to Dave. Ian puts them in a cage and takes off in his limo with them, but The Chipmunks are able to escape beforehand and leave bobble-head dolls of themselves in the cages before reuniting with Dave.

Alvin and The Chipmunks: The Squeakquel

During one of their concerts, Alvin accidentally knocks Dave with a giant cardboard cutout of himself putting him in a kneckbrace and in the hospital. Dave enrolls The Chipmunks in high school and leaves them in the care of his nephew Toby Seville. On their first day at school, they become bullied by football jocks and enter a competition to determine who will sing in the school concert. They compete against female versions of themselves called The Chipettes and fall in love each one of their counterparts: Alvin with Brittany; Simon with Jeanette; and Theodore with Eleanor. However, the Chipmunks are horrified when they find out that The Chipettes' manager is Ian. Alvin encounters Brittany in the cafeteria and tries to warn her about Ian's true nature, but Brittany doesn't believe him because she thinks the Chipmunks bailed on Ian and that Alvin literally spat at him. Alvin tells her that Ian had lied to him and brothers and put them in a cage and now he's lying to Brittany and her sisters. Alvin start hanging out with the jocks and neglects Simon and Theodore. He even helps the bullies prank Simon by appointing him a fake position called "litter monitor". To make it worse, he misses the competition due to attending a game with the jocks and Simon and Theodore are forced to forfeit giving victory to The Chipettes. He arrives after everyone left and sees no one but Brittany there. A disappointed Brittany scolds Alvin for being late and believes that Ian right all along that he doesn't care about anyone but himself and admits that she's not proud of the victory that she and her sisters were given. On the night of the concert, Alvin gets a call from Brittany who has found out along with her sisters that she should have listened to Alvin and tells him that he was right about Ian and also reveals that Ian also put them in a cage. Alvin rescues The Chipettes and the six perform at the school concert together and won money for the school. They then allow the Chipettes to live with them and Dave for as long as they want to.

Dave takes the Chipmunks and the Chipettes on a boat cruise to perform at the Internation Music Awards. Alvin starts acting extremely irresponsibly by sneaking out of their hotel room to party at the casino along with Simon and the Chipettes. They are eventually caught by Dave who confiscates Alvin's dagger (which he stole from the casino) and yells at them for sneaking out. The next morning, The Chipmunks and The Chipettes start playing with a kite and end up marooned on a desert island. There, they meet a survivor named Zoe who is delusioned from several spider bites and talks to sports balls. Alvin blames himself for their situation and regrets having acted immaturely during the cruise. He fears that Dave wouldn't even be looking for them because of their actions. With Zoe's help, the group works together to create a lifeboat in order to get off the island. To their surprise, Dave and a reformed Ian were also on the island and found them. Alvin never thought in a million years, he would end up like Dave, when Simon acts reckless like Alvin. Alvin apologizes to Dave for the way he acted and admits that he thought he wouldn't look for them, but Dave assures him that he would always look for them no matter what they do and the two reconcile. Just then, Jeanette gets kidnapped by Zoe who uses to gather the treasure from a cave behind the waterfall. They rescue Jeanette just as the volcano starts to erupt and try to escape the island. But while they are crossing a log bridge, Zoe grabs Jeanette by the rope tied to her and starts pulling her to get her to collect more treasure. Dave ultimately throws Alvin his dagger back and Alvin uses it to cut the rope freeing Jeanette. Dave nearly falls off the log and Zoe tries to kill him out of vengeance for losing the treasure, but Alvin and Ian are able to get through to her and she saves Dave instead. The Chipmunks and The Chipettes finally make it at the International Music Awards and Ian finally gets his fame and career back. In the post-credits, Alvin fools around in the plane by speaking on the microphone. Dave chases Alvin in the plane for this, but not before Alvin signs off his speech with "Thank you for choosing Air Alvin".

Alvin and The Chipmunks: Road Chip

Dave now owns his music company and starts dating a woman named Samantha. He takes Samantha on a romantic getaway in Florida and leaves the Chipmunks and the Chipette with Samantha's mean obnoxious son Miles. Miles starts bullying The Chipmunks and Chipettes and both parties begin to hate him to an extent. After suspecting that Dave is going to propose to Samantha, Miles works together with the Chipmunks and Chipettes to stop the proposal so as not to become related. Dave and Samantha yells at Alvin, Simon and Theodore and Miles for the trouble they caused during their road trip and punished them. They all travel to Florida and start getting along. After Miles saved them from Inspector James Suggs, they eventually crash what they think is Dave's proposal only to find out that it's actually a business meeting. They make amends by singing to the co-workers and becomes friends with Miles. Alvin and the chipmunks make it for the proposal that Dave's friend was going to propose marriage too. Dave officially adopted the Chipmunks and Dave yells at Alvin again for wrecking the house with wild chipmunks. 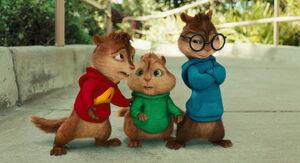 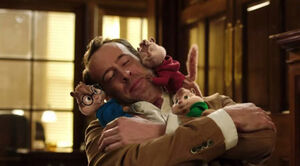 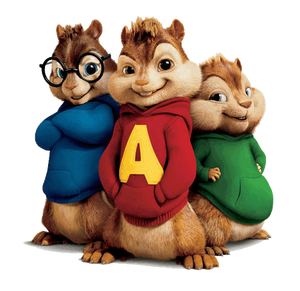 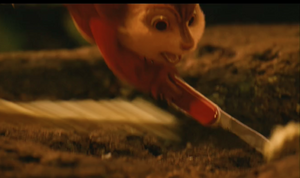 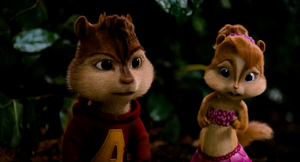 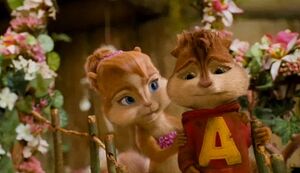 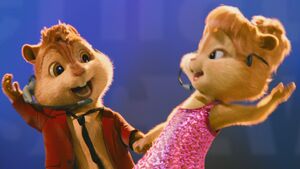 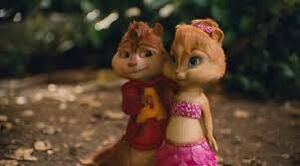 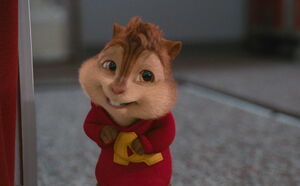 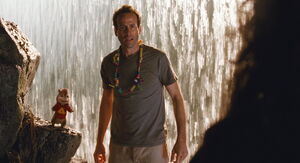 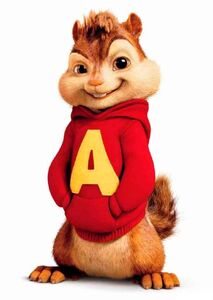 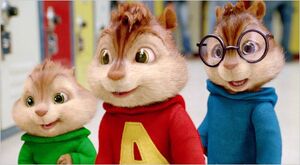