Protect the universe from threats.

Amadeus Cho, also known as Brawn, is a fictional character and superhero from Marvel comics, appearing as a supporting character in the Hulk comics, and the main protagonist of the Totally Awesome Hulk comics.

He is a genius prodigy who became friends with the Hulk after losing his parents, and went on to support him during the World War Hulk storyline. After his tenure as Hercules' partner, Cho would succeed Banner as the Hulk after using nanites to absorb Bruce's powers. Though he initially struggled to control the Hulk's persona, Amadeus is more confidant than his predecessor. He is a member of the Champions and Agents of Atlas, and a former member of the Renegades, both incarnations of the God Squad, Mighty Avengers, Illuminati, Underground, Red Room, and the Protectors.

He was created by Greg Pak and Takeshi Miyazawa, and first appeared in Amazing Fantasy vol. 2 #15 in January of 2005.

Amadeus Cho was born in Tucson, Arizona to Korean immigrants Phil and Helen Cho, and is the brother to Madame Curie "Maddy" Cho. As a child, Amadeus showed himself to be a genius, becoming highly cultured and knowledgeable in numerous subjects. When he was fifteen years old, Cho entered an quiz show four young geniuses named "Brain Fight", and won the prize money. Unbeknownst to Amadeus or his family, Pythagoras Dupree organized the competition to find others who were genius like him and kill them to prevent them from becoming his rivals. After Amadeus was given the position of being the seventh smartest person in the world, Dupree sent his men to kill Phil and Helen by blowing up their residence. Amadeus survived and ran away, later encountering a coyote pup whom he decided to adopt and name Kerberos.

During his travel, Amadeus encountered Dr. Bruce Banner, who proceeded to transform into the Hulk and protect him from several agents looking for him. Cho would remain grateful for Banner's assistance, and considered him a friend. During the start of S.H.I.E.L.D. working alongside heroes with the superhuman registration act, Cho was pursued by the agency due to not being registered. He managed to escape from his pursuers and made it to a hide out in New Mexico, which previously was Banner's place when he was pursued years prior. Wanting to learn of the status of his friend, Amadeus hacked into the Baxter Building and learned that the Illuminati had exiled Hulk into outer-space since they couldn't control him. Contacting Mr. Fantastic, Cho explained that Hulk didn't land where they expected him to, and made him the scientist think of what he did to his former ally.

After speaking to Mr. Fantastic, Cho decided to find his friend, but the Hulk returned to get revenge on the Illuminati and caused mass destruction. Believing that he could reason with Banner, Cho went to find others to help him on his quest, such as She-Hulk, who was depowered by Tony Stark. After restoring her powers, Cho asked her, but she declined since she wanted to get revenge on Stark. Despite this, she gave him the contacts of Archangel and Hercules, and managed to recruit the two since they owed Bruce a debt. Forming the Renegades, then went on to recruit Namora, the sister to Namor the Sub-Mariner since the latter didn't like Cho's idea. The Renegades started by helping evacuate citizens, as S.H.I.E.L.D. decided to recruit the team. Though Amadeus initially helped the Hulk, he witnessed what he was doing to the heroes he imprisoned, and decided to confront his friend. Cho explained to Hulk that it was his anger that was making him lose his loved ones, but Amadeus was forced to leave and capture the demon Zom.

When the Hulk was finally defeated, Amadeus and Hercules were captured by S.H.I.E.L.D., but they escaped after Cho refused to help them, and decided to enact revenge on the agency for what they done. Cho used Hercules' enraged state to allow him to upload a virus to S.H.I.E.L.D., but decided to stop his plan after being convinced by the demigod. Amadeus and Hercules become partners and went on several adventures, such as becoming members of the God Squad to deal with Skrull Pantheon gods Kly'Bn and Sl'gur't, fighting the dream world master Nightmare, helping the Amazons decipher a tablet, and going to the Underworld to save Zeus. During his journey with the Amazons, Cho began a romantic relationship with Delphyne Gorgon, but she ended things when she became queen. While in Hades' domain, Amadeus would end up in the Elysian Fields during their adventure, and reunited with his parents, whom informed him that his sister was still alive and was trapped by the Excello corporation.

Following the Skrulls' invasion of Earth, Cho and Hercules joined Hank Pym's Mighty Avengers when the elder god Chthon was wrecking havoc. The group were assisted by Iron Man and Loki (who were disguised as Scarlet Witch, and they succeeded in banishing the elder god with Quicksilver. When Olympus attempted their takeover, Cho worked with Hercules and Athena to stop the Olympus Group's continuum, which resulted in Hercules dying trying to stop it. However, it was later revealed that Athena had actually betrayed Hercules to make Cho the "prince of power", as she believed him to be Earth's smartest man. During the "Chaos War" storyline, Cho was a member of the second iteration of the God Squad, where they stopped the Chaos King from consuming the multiverse. After stopping the Chaos King and assisting the Hulk and Red She-Hulk in fighting Tyrannus, Cho wanted to create his own team by manipulating X-23, Spider-Girl, Power Man and Thunderstrike on an island. His attempt failed, as the others were not impressed with his manipulations and declined to form a team with him.

After his membership with the Illuminati ended, Amadeus started to work with Banner, and assisted his friend when he was trapped with high amounts of a new type of radiation. Seeing that Banner could kill many people due to the radiation, Cho created nanites and absorbed his powers, which made transform into the Hulk himself. After becoming the new Hulk, Cho decided to keep himself distant from Banner to control the monster, and became a superhero. He would join the Champions, a group of teenage superheroes who decided to form their own team from the Avengers. Despite his new tenure, Cho realized that he had to control his emotions to prevent the Hulk's persona from taking over, and decided to go into exile when he couldn't after Banner's death. However, the Hulk's persona would take over and start to attack Earth, but Amadeus managed to embrace his inner dark side so he could control both sides of the Hulk. 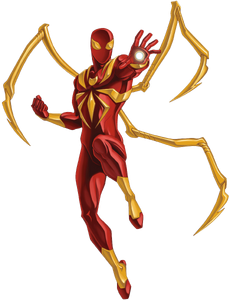