Executive at an Advertising firm

You know, being a woman...it's not half bad. It's being both that is the bitch.Amanda Brooks on being both man and a woman.

, and as Amanda, she was portrayed by

Stephen Brooks was born in New York City and grew up to become successful in an Advertising Firm. Steve for a lack of a better term was a womanizing misogynist who took advantage of as many women as he could. Literally every woman he had seduced in bed would regret it and hold him at such a low esteem and hate him. For years he would continue this until he was invited by his three of his former conquests, Margo, Liz, and Felicia. He of course was thrilled by this and happily accepted the invitation.

Once he arrived they greeted him at the door and later on, they went to a jacuzzi. He was under the false impression he was going to have a foursome with the three women. But they tied him up lowering him into a false pretense that they were gonna have some kinky sex with Steve. But then they held him under the water, drowning him. The three women would leave the jacuzzi with him in it, thinking he died. But he got out of the jacuzzi and shouted out "YOU BITCHES!" And started to chase the three women down through the bedroom briefly before Margo pulled out a revolver handgun and shot him, killing him for real.

He would then go to Purgatory where he speak to God which has both a man and a female's voice. God spoke in a man's voice stating, that "he had enough credits to go to Heaven." He thanked God to which God said "Your welcome." with both voices. God then said in a female's voice "On the other hand, you have been so consistently rotten to women that you deserve to go straight to Hell." And told a bewildered Steve that all the women he's known in the biblical sense hates him.

However, God gave him a proposal. God said that if he succeeded in finding one female who truly liked him, Heaven awaits. However, if he fails, he goes to Hell. He agrees and God brought him back to Earth.

After Steve was brought back, Lucifer appeared to God demanding to make it fair. He said that Steve could in this form could seduce some woman he never met and would put up a false personality, manipulating the woman into thinking he's a swell guy and God would be honor-bound to welcome her into Heaven. God asked what did Lucifer proposed. He stated that he wanted Steve to learn a lesson and at the same time make sure he couldn't seduce any unsuspecting females ever again. His solution, transform him into a woman, thus Amanda was formed instantly.

Amanda, still thinking she's a man tried to reach into her pants and pull out a penis when she wanted to urinate, only to discover it was gone and replaced with a vagina. Amanda screamed out in horror and alerted one of the tenants in the condominium apartment building. That tenant had building security report to Steve's apartment. He found Amanda in it who was in a shocked state. Amanda then spoke to the guard who is just as confused as she was. Amanda would then check out her new body in a perverted kind of way. Nearly touched herself but then was interrupted by a phone call from Steve's best friend, Walter Stone. He was asking who was she how did she know his name. She almost told her she was Steve, but told her she was Amanda, the long lost sister of Steve Brooks and told him they would meet at a bar.

Before she went to the Bar, she paid a visit to Margo. She scared Margo when she revealed the details on how Steve was killed and pretty much told Margo she would be her keeper and teach her what a woman should be like and even buy her a new wardrobe. She took one of Margo's sexy pink dress suits and left for the Bar. When Amanda arrived at the Bar, she walked past a lot of men who leered at her in the same manner she use to leer at women when she was Steve. There she told Walter that Steve left town to be like Paul Gauguin, the painter.

Walter would take Amanda to the Advertisement Firm where Steve worked and she planted a note from Steve which confirmed her story. She would then convince Steve's boss to hire her and uses her newly acquired feminine wiles to give her a higher paycheck than Steve received. While she worked, she talked to every female Steve knew in person and on the phone. All confirmed what God told Steve, they all hated him.

Amanda would use Steve's old womanizing charms to seduce a Sheila Faxton, a perfume company owner who happened to be a lesbian, making another woman hate her. Lucifer would pay Steve a visit and would try to convince her to give it up since Amanda was starting to run out of women Steve use to know. Amanda would then get a haircut and would go to a local bar with Walter. After they got into a bar-fight and got drunk, Amanda took Walter to her place. After she took them to bed and warned Walter to try to stop sleeping with him, Walter would rape her while she was asleep. The next day she was mortified when she woke up with Walter and found Walter without his pants and told her they made love. Amanda was so angry, she knocked him out.

Framed For Her Own Murder

Meanwhile Margo found out that Steve's body was found in the Bay of New York City and took the gun to Amanda's place. Margo found some humor in the story Amanda told her when she was raped due to the fact that Steve might had committed the same crimes. She planted the gun in the apartment and left. When Amanda found out that the cops found the body, she went to the morgue to ID her old body. She found it in horrible shape and nearly fainted and mumbled "I look awful."

She went back to her place and found it ransacked. The manager of the building Amanda lived in informed her that they found the gun. Amanda immediately went to Margo's place and confronted her and demanded to be given money. She would use that money to buy a plane ticket. But the cops stopped her and arrested her. After a strange court case after she tried to tell the court that she was Steve, she was put in an insane asylum for the criminally insane.

The Second and Final Death

Amanda while in the asylum discovered she was pregnant. Walter would marry Amanda. During the marriage ceremony, Amanda contained her laughter. Amanda would also find out that if she came to term with the pregnancy and give birth, she would die due to her poor health from an unhealthy lifestyle. She gave birth to a baby girl who loved her. This made Amanda briefly smiled before she died. As the doctors worked frantically to bring her back, but it was futile. However, she ascended to Heaven. God then gave her a choice to be a male angel or a female angel. Years passed and Amanda would watch her daughter grow into a girl who was between the age of 6 and 9. She put flowers on her grave, declaring her love for her mother. The tombstone stated:


A Great Guy and a Very Special Woman.
May They Rest In Peace

God asked her if she had decided on the gender of the angel she is destined to become. She said "I really liked being a man." Then she also said "But being a woman had it's advantages." She asked if she could think about it a bit longer to which God replied "Take your time, you have all eternity." 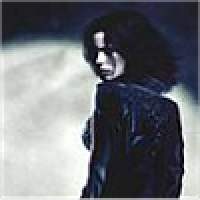 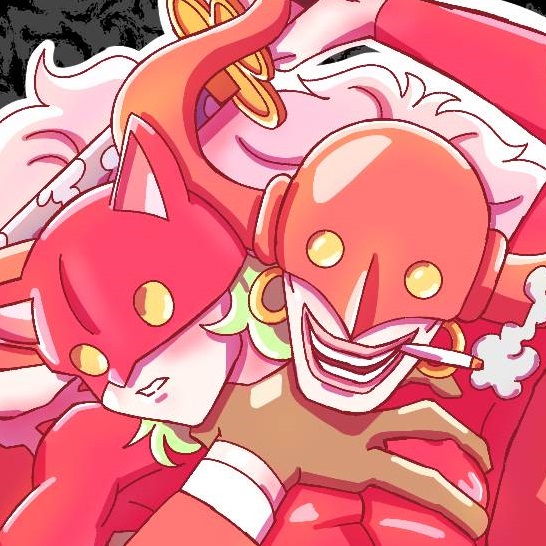