Amanda McKay is one of the three ninjas in the Supah Ninjas TV show.

Amanda is a straight-A student, an athletic cheerleader and the most popular girl in school. However, all she really wants is to be more than some pretty cheerleader; she wants danger and adventure. With strength, speed, nerves of steel, a solid roundhouse kick and the will to fight Amanda is to prove that looks can be deceiving and that she should never be underestimated – Amanda's one cheerleader you don't wanna mess with!

She is portared by actress and modell Gracie Dzienny.

Amanda is generally kind, accepting, and down-to-earth. She's commonly known as the good girl, and sometimes even a nerd—though her cheerleading life is often able to drown that part out. She's willing to show her rebellious side but is proud of who she is. A quirk she has is, before she's going to attack someone, she taps her right foot, as pointed out by Owen in Morningstar Academy. Another nickname she hasn't been able to shake is how predictable she comes across. She is prideful, not afraid of blackmail, and has a sweet side like everyone. She is a cunning, quick thinker who is not afraid to make herself heard. Sometimes she could be a snob and very shallow. She is very rebellious sometimes, because she reminds me of Thea Queen and Paige Matthews. Sometimes she is a shallow and snob and a lot of times she doesn't exactly qualified as a superhero like Mike and Owen. Mike and Owen are the real heroes, they are outsiders who work twice as hard to make it. Everything comes easy for her, like Kimberly Hart and the hot guy Cameron that she is dating to show off.

Amanda is an beautiful young woman with blonde hair and blue eyes. She's 170 cm tall and has an atheltic build. 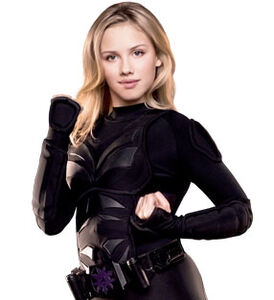 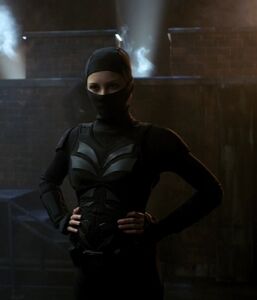 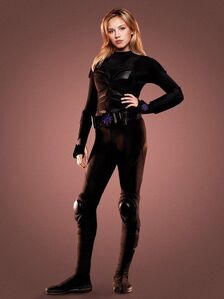 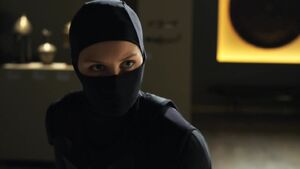 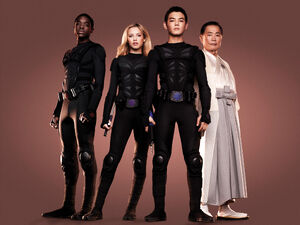 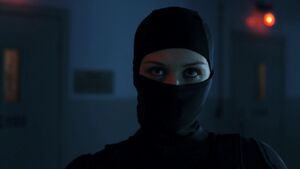 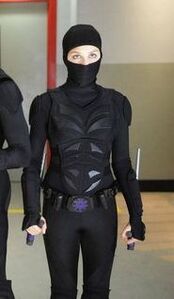