Despite not possessing any superpowers, she has persistently proven herself a powerful antagonist and sometime-ally of the superheroes of the DC universe, often serving as an antiheroine. Her position has placed as both an ally and an antagonist to superheroes in the DC Universe, and in either case she is trying to do good but relying on extreme methods. Despite her ambiguous methods, she is regarded as necessary and respected asset of the United States government.

She first appeared in Legends #1 in November 1986, and was created by John Ostrander, Len Wein and John Byrne.

Amanda Blake was raised in Chicago and often witnessed the crimes in the city, but she would marry Joseph Waller when she was eighteen years old. The two would have a large family together, and lived a tough but happy life until and one of their sons, Joseph Waller, Jr. was killed in a mugging, and one of their daughters, Damita was raped and murdered. Joseph Sr. would find the one responsible, and killed the rapist "Candyman", but was killed by the rapist himself during a shoot out. Swearing to get her family off of the streets, Amanda put her children through college, and eventually earned a political science degree herself.

Going into politics, she became the aid of congressman Marvin Collins after helping him get elected, and later discovered the Task Force X files while going through old bills. Waller decided to revive the task force with her directing it, and later formed the Agency to serve as a small branch of the Suicide Squad. Waller also brought Harry Stein into the Agency as an operative, and the organization would be re-named "Checkmate".

Rebuilding Task Force X, Waller chooses Rick Flag and Nightshade as her first recruits, and later recruits Blockbuster, Bronze Tiger, Captain Boomerang, and Enchantress to the team. Waller offers the criminals pardons in exchange of serving the squad, and assigns them to defeat Brimstone at Mount Rushmore. Though Waller believed that all of them would die on the mission, Blockbuster is the only casualty, and decides to keep them in custody despite her bargain.

Flag, disgusted by her refusal to let the team go, releases them and Captain Boomerang is captured by G. Gordon Godfrey. He threatens to expose the Suicide Squad, and Waller orders the assassination of Captain Boomerang despite Flag's protest. Afterward, Waller sets up her team to Belle Reve, but she is warned by Simon LaGrieve and Marnie Herrs that her entire team is emotionally unstable.

Waller brushes off their concerns, and sends the Suicide Squad to destroy the terrorist group Jihad, and later orders Doctor Moon and Karin Grace to mindwipe Plastique. The Female Furies then attack Belle Reve, and Waller is unable to stop them from taking G. Gordon Godfrey. When Waller is tasked with stopping William Hell, she insisted that they discredited the racist vigilante instead of making him a martyr. Waller is then tasked by President Ronald Reagan to send the Suicide Squad to take down Firestorm, and works with NSC liaison Derek Tolliver. During the course of the missions, the team come to realize that Waller keeps them around is due to seeing them as her conscious, which leads the Suicide Squad to mostly stay loyal to her.

During the "One Year Later" storyline, Waller is assigned by the United Nations to serve as the Checkmate's White Queen, but she is shown using ambiguous methods to achieve her goals. Waller blackmails Beatriz da Costa into committing murder, authorizing a "take no prisoners" mandate during the attack on a Kobra stronghold, and ordered the newly reformed Suicide Squad to capture metahumans and criminals in Operation: Salvation Run. When her colleagues discovered of her plans to exile supervillains to the planet of Apokolips, she was forced to resign, but she managed to retain control over Task Force X. Despite losing her position in Checkmate, the United States Government recommissioned her as the overseer of Belle Reve and the commander of the Suicide Squad, being deemed a necessary asset.

On Prime Earth, Waller is an government operative who became assigned to Team 7, which was tasked with finding tactics to counter metahumans. Eventually, Waller learned that the team was created as a means by the government to gather what it would need to create a metahuman on par with Superman. After a metahuman sank Gamorra, the team was disbanded and Waller stayed in Malaysia out of disgust of the United States government. After working with CIA agent Lawrence Duren, Waller decided to recruit bad people to do bad things to protect good people. Waller then took control of Belle Rave, and recruited super-criminals to become the newly re-formed Task Force X, better known as the Suicide Squad.

Amanda is an extremely pragmatic and intelligent person who is quite unwilling to anyone else to get the job done. She abides by a Machiavellian moral code and is willing to make whatever sacrifice is needed for her greater good.

Amanda Waller at the Villains wiki

Amanda Waller in the comics. 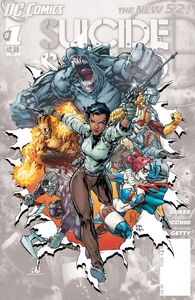 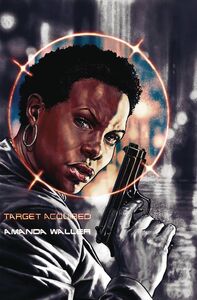 Waller in the DC Rebirth. 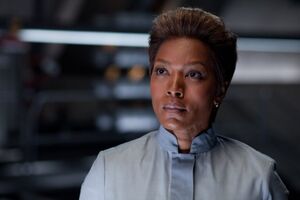 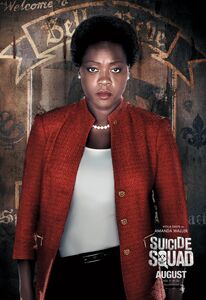 Viola Davis as Waller in the DC Extended Universe. 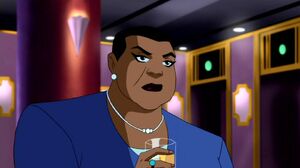 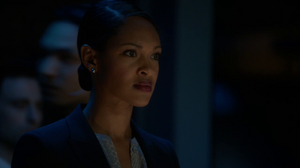 Cynthia Addai-Robinson as Waller in Arrow. 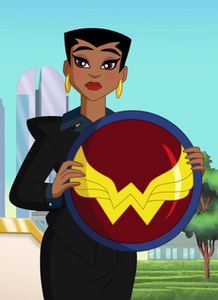