Remove Set worshippers from her land.

Isis, hear my plea. I have been betrayed by a servant of Set. Send your blessing upon me, and I will have vengeance!Amanra

Amanra is one of the main protagonists in the video game Age of Mythology. She appears as a playable character in the campaign Fall of the Trident and returns in its sequel The New Atlantis.

She is voiced by Jean Gilpin.

During her early life, she was raised by her father who commanded soldiers in protecting the Egyptian people. She retained her father's leadership skills and determination, and grew up fighting by his side. Eventually, she made a name for herself as a legendary mercenary captain who gained the respect of Isis and Osiris worshippers alike.

During the events of Fall of the Trident, she is first seen watching over her men dig an excavation site, protecting it from Kemsyt's forces. They are met by Arkantos, Ajax and Chiron, and agree to help, and retrieve a relic from the site: the sword of the Guardian, and escort Amanra’s men to her target. Chiron learns that Kemsyt is a common enemy they share. On the way, they rescue Egyptian slaves, who lead the heroes to their village, and agree to help bring the sword to the Guardian. Kemsyt, the bandit warlord, has a fortification built around the Guardian while his army is away, and the heroes break through to revive the Guardian to defeat said army. They find a box containing a piece of the god Osiris, and Amanra explains that Osiris has been split into four pieces and scattered across Egypt.

While the heroes escort the Osiris piece to the city, they are ambushed by Kemsyt's men, but succeed in getting the piece within their walls. The piece is taken to Osiris’s kingdom, before Amanra went to search for Setna. Kemsyt appears personally with a small force and takes Arkantos, Ajax, Chiron and their men to their offshore prison. Amanra returns and realises she has been sold out by an agent of Set who was fighting alongside them. She prays to Isis for a blessing in order to rescue the heroes, and is granted with an army of monsters. The citizens of Abydos agree to help Amanra, suggesting that they destroy Gargarensis' nearby fortress, as a means of diverting the attention of the prison guards. The plan is successful, and Amanra breaks the prisoners out, Setna included. They proceed to assault Abydos where Kemsyt’s forces have once again stolen the Osiris piece, and are successful in taking it back. They take it to a small camp, and Arkantos falls asleep.

The next day, the heroes must split up to capture the remaining three before any are destroyed. Amanra heads to a shore adjacent to an island, where Kemsyt has a stronghold built around another Osiris piece. She requests that the villagers alongside the shore assist her, in exchange for promising to stop Kemsyt's pillaging for good. Amanra trains an army to take down the stronghold, and confronts Kemsyt directly, who cowardly escapes. They take the piece to the Osiris pyramid where all the others are to be placed, and succeed in reviving him as Gargarensis arrives. Osiris decimates Gargarensis’ army easily, preventing him from reaching the underworld, but escapes to the Norselands as the heroes continue their pursuit of him.

In the Norselands, Amanra and Arkantos are greeted by Gargarensis followed by an avalanche surprise, splitting the group up. They take out nearby Norse temples as they slowly reunite, and head towards Midgard. On the way, Amanra notices two dwarves spying on the heroes, and confronts them unaware. They are in need of help of their forge, which was seized by giants. Although Arkantos was reluctant, the dwarven brothers Eitri and Brokk offer to guide them into Midgard in return. They agree, and succeed in recapturing the forge. In Midgard, they meet an old man named Skult, who gives them a flag he claims will help with getting Norse clans on their side. They battle through a canyon of giants and attempt to show the flag to three fighting Norse clans. Instead, they become enraged and turn hostile against the heroes, but later join the heroes before Skult vanishes.

They are approached by Reginleif, a Valkyrie who explains the reason they were attacked, and proceed to rally more Norse clans by assisting them against monsters harassing their villages. With their new army, they attack Gargarensis’ base head on, and find that he has already reached the underworld through the Well of Urd. Gargarensis is already sieging the gate. They attempt to stop him, but they are outnumbered and are forced to retreat. On the way, Chiron decides to knock a boulder in the way to block the path, but accidentally ends up the wrong side. As a result, he is killed by an overwhelming army of fire giants. Amanra comforts a grieving Arkantos, assuring him that his death was not in vain.

As all hope seemed lost, they find Brokk who is rebuilding Thor’s broken hammer; his previous one was destroyed by Loki. They manage to barely succeed in rebuilding it, and Thor uses his powers to seal the gate within seconds of it opening. When sent back to the surface, they set up fortifications and prepare to make a final stand against Gargarensis’ forces. Eventually, Odysseus arrives with a great army and counterattack. As they confront the cyclops directly, he is executed (but later revealed to be Kemsyt in disguise).

Back in Atlantis, Gargarensis has captured the city and taken the citizens prisoner. Amanra assists Arkantos in evacuating his fellow Atlanteans, along with Kastor and Krios. Arkantos orders Amanra to continue evacuating citizens and leave. She agrees, as Arkantos battles Gargarensis' forces alone. Amanra is last seen sailing away after Gargarensis’ defeat, celebrating their efforts in evacuating the Atlantean citizens.

Some time after the fall of Atlantis, Amanra had risen in power, becoming the Queen of Nubia. She has alliances with the Greeks, and due to Kastor's invasion of Sikyos, is requested to send help. Upon hearing back that the Atlanteans are not fighting her forces in Greece, she is greeted by an immortal Arkantos, who warns that she is about to be attacked directly. She finds out that they are planning to steal their four ancient relics, and is unsuccessful in stopping them. Whilst trying to make sense of the situation, Arkantos tells her to go to Greece to meet Kastor there, revealing that he is being deceived.

In Sikyos, Amanra meets her old friend Ajax, who is pursuing Kastor out of revenge. Amanra informs him that Kastor is not the enemy, and is being tricked. They are interrupted by the rampage of Prometheus, who wreaks havoc upon Greece. As Kastor is being attacked by Atlanteans, Amanra and Ajax save Kastor from them. Later on, Arkantos greets the heroes, and sets Kastor on the right track: he must kill the lesser Titans. They head to Egypt first, and battle the Titan Cerberus with assistance of the Guardian. In the Norselands, they meet up with Folstag, who also assists them in defeating Ymir. They head back to Greece and Prometheus is as destructive as ever, but are assisted by the powers of the benevolent Titan Gaia who is able to help the heroes defeat Prometheus.

With the threat of the servant of Kronos still ever present, the heroes head back to the Atlantean colony to confront him. They are forced to save the Atlantean citizens from an automaton ambush, and are successful in doing so. The servant heads to the remains of the Old Atlantis where the Tartarus gate is found. They summon Gaia in response, but Kronos is successfully released, and the heroes desperately protect the trees until Gaia arrived. When she does, she succeeds in sending him back to Tartarus.

I am Amanra. Prepare your men, we have to defend this area. Amanra's introduction.

The sword of the Guardian: used by Horus to defeat Set once again. Now one of his followers, Kemsyt, seeks to take it.Amanra informing the heroes about the Guardian.

If we return the sword to the Guardian, it will awaken!Amanra

Amanra during the escort of the first Osiris piece, as well as in Sikyos.Be quiet back there!

It is not easy to kill a god. Osiris is dead, but not dead. If we can reunite his body, he will live again. However, if Kemsyt succeeds in destroying a single piece, all is lost.Amanra outlining the importance of capturing all Osiris pieces.

If Kemsyt is there, no one is to touch him but me!Amanra ordering her soldiers to not harm Kemsyt.

I have something I've been meaning to give you since you first ran from me at the temple, Kemsyt.Amanra confronting Kemsyt.

I hope it is warmer in Midgard.Amanra upon arriving in the Norselands.

What are you little men doing up here?Amanra confronting Eitri and Brokk for spying on them.

When you decide which of you will go first, I'll be waiting at the bottom.Amanra when the heroes arrive at the Well of Urd.

Chiron was a great warrior, we will not forget his sacrifice.Amanra remembering Chiron after his death.

Have we heard back from the troops we sent to help the Greeks?Amanra's first appearance in The New Atlantis.

Most of the Atlantean army is now under Krios's control. It will be difficult to fight them and the Titan with this small force.Amanra after Kastor is rescued.

That is a priest of Osiris. He is trying to awaken a Guardian.Amanra as Egypt is under siege by the Titan Cerberus. 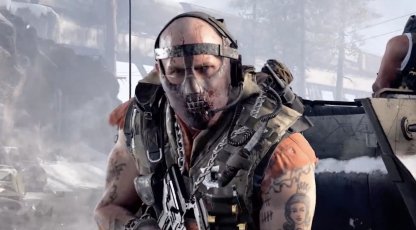