Help Lina Inverse defend the World from the forces of Evil.

Protector of Innocence
Amelia Wil Tesla Seyruun is one of the two tritagonists (alongside Zelgadis Graywords) of the Slayers metaseries. She is the second princess of the kingdom of Seyruun and a specialist in white magic and hand-to-hand combat. She also possesses superhuman strength and loves being a heroine of justice who fights evil. Amelia is Lina Inverse's best friend.

Amelia is a kind, fun-loving priestess with a strong sense of justice and righteousness. Amelia's dream is to be a "hero of justice" and quixotically pursues her quest for justice by following Lina and fighting those who appear to be villains. Amelia can be quite naive to believe whatever she is told sometimes leads her to mistake friend and foe. In the novels, Amelia is the same age as Lina, but in the anime and manga franchise, Amelia is a year younger than Lina and smaller (though very busty, much to Lina's annoyance).

Her perspective on good and evil matures significantly as the series progresses. Although Lina is often annoyed with Amelia for her naïveté, her desire to learn the Dragon Slave, and her larger bust size, eventually Lina comes to accept her as a friend and treats her like a little sister.

Most of Amelia's lessons in justice and heroism came from her father Prince Philionel of Seyruun, the "ultimate pacifist". After the murder of her mother, Amelia vowed never to use blades, though she once used the Sword of Light to channel the Ra-Tilt. Naga the Serpent is Amelia's long-lost older sister, the crown princess Gracia. This is proven in Slayers Evolution-R, with the amnesiac character "Nama" ironically alluding to the relation.

When Amelia was very young, her mother was slaughtered by an assassin named, Booley and as a result, her older sister, Naga the Serpent, left Seyruun to learn offensive spells and the ways of the world outside royal boundaries. Her uncle, Christopher Wil Brogg Saillune, still resides in Saillune with her father Phil. Her uncle Randionel Saillune and cousin Alfred Saillune were both killed while attempting to make (separate) plots to take over the throne. 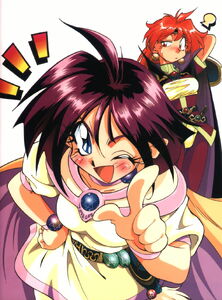 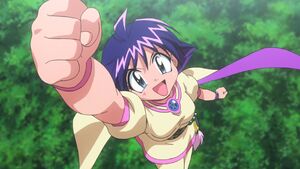 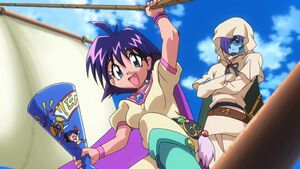 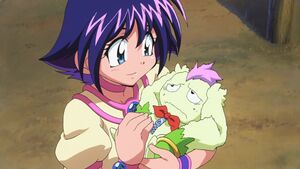 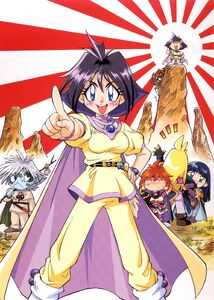 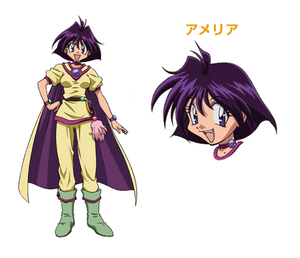 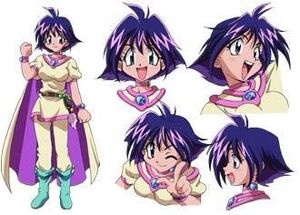 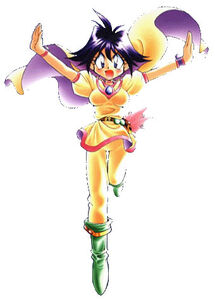 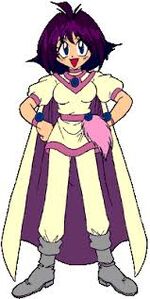